Some of the topics covered included, among other things, the economic impacts of tariffs, smoking bans in restaurants, wages, and “who is paying for the wall.”

The students were given the task of purchasing goods to meet their daily needs using the ration cards distributed by the government in lieu of wages. The ration cards are then used at government supply stores. Ninety-seven percent of Cubans work for the government. Only those who were working a second job in the black job market could make enough pesos to meet all of their needs. Some of these jobs included cab drivers and restaurant workers.

The students then got a taste of what it is like to be a college student. They ate lunch at Selleck Hall, followed by two tours. The first tour was of the new College of Business building and the second was a tour of the UNL campus. For some, this was the first time on a college campus.

“It was a great day for our students,” commented WHS Business Teacher Barb Shanahan. “They were exposed to so many new things. It’s always a great day when we can learn about economics!” 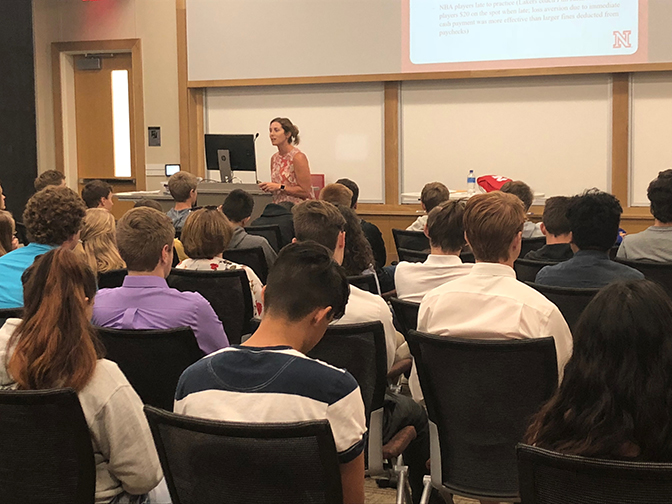 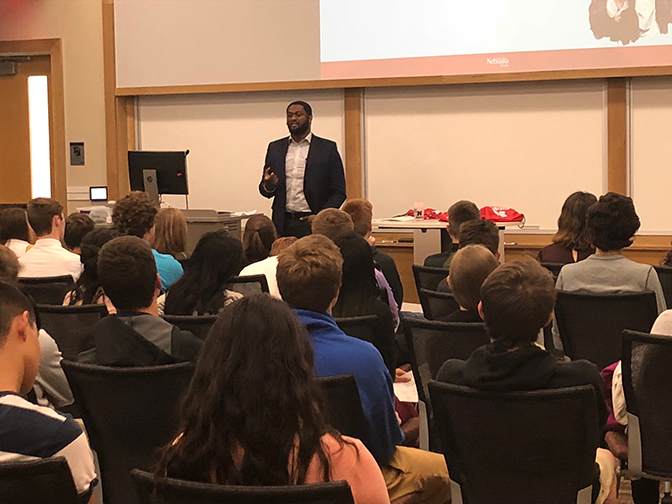 Dr. Jarrett discusses how we ultimately pay for the wall and other international economic topics. 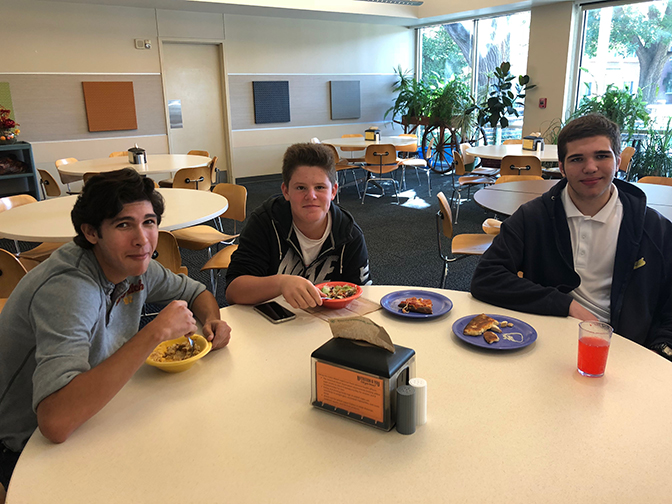 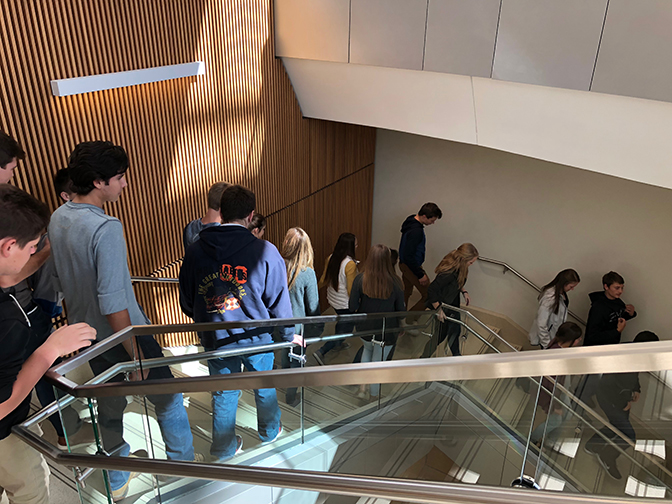 Tours of the new College of Business put lots of steps on the Fitbit! 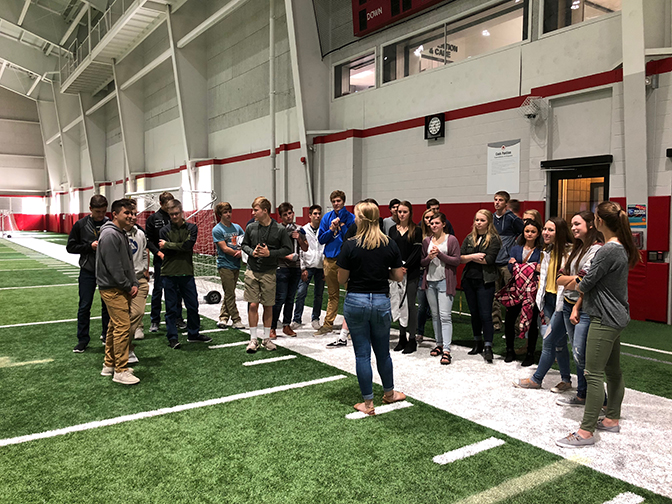