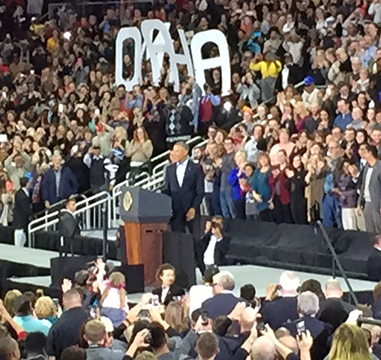 Fresh off of his final State of the Union address, President Barack Obama visited Omaha on Wednesday, January 13, and four Wahoo High School students had the opportunity of a lifetime to see him in person.

“Regardless of your political affiliation, it was an honor to see the President,” noted Timm. “And it was an awesome speech!”

The lines were long and the arena was packed as President Obama spoke to nearly 8,000 people in attendance.

During the speech Obama highlighted the four questions he discussed in his final State of the Union, pertaining to the economy, technology, security and democracy, and he discussed Nebraska’s successful economy and the critical role our Nebraska Medical Center played in fighting the Ebola crisis last year.

This was Obama’s first and only official visit to Nebraska as president.

“What an incredible opportunity to see the President in person!” Mueller commented. “As a government teacher I loved every second of it, and was thrilled that some of our students were able to hear the President’s hopeful message about America, and see this historic event firsthand.”

Below is a video of Obama’s speech:

Here is the President’s final State of the Union address, in case you missed it: 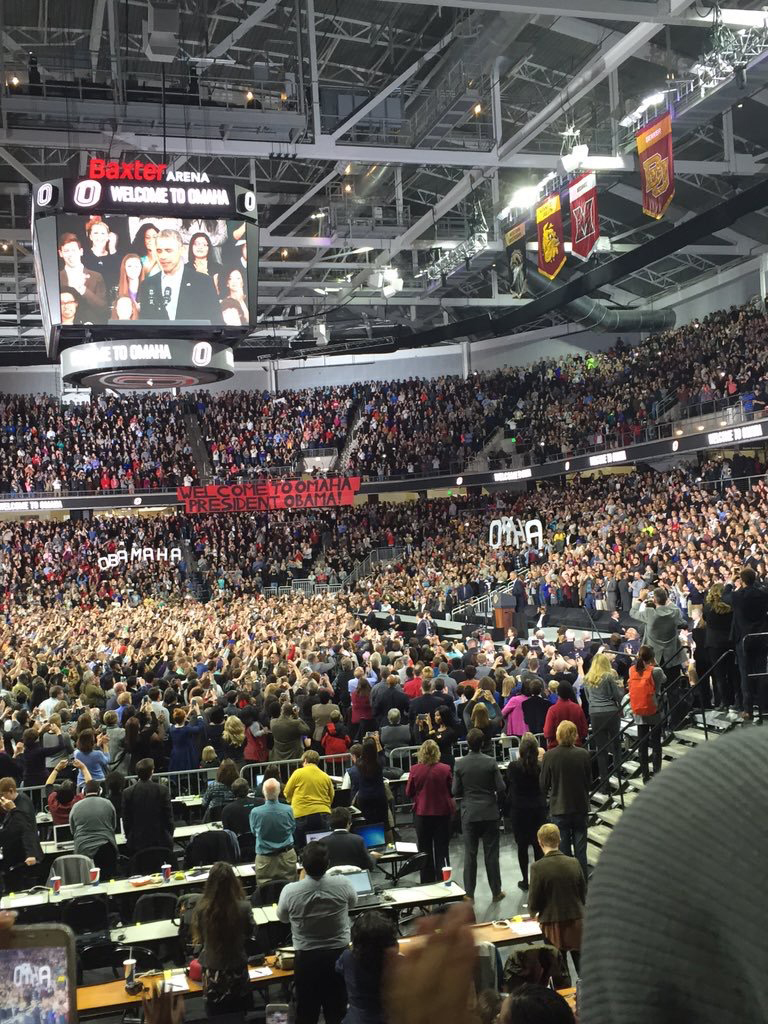 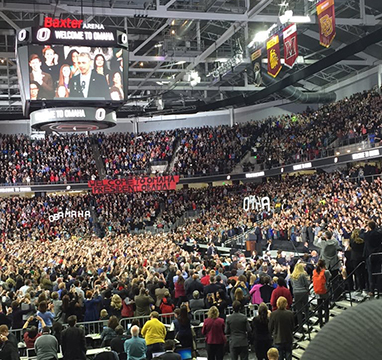