Local veterans stand at attention as the Colors are posted to open this year's Veteran Day Assembly. 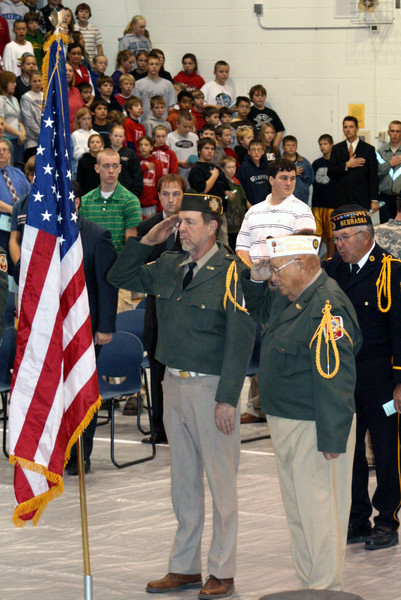 Launch the media gallery 1 player
Local veterans stand at attention as the Colors are posted to open this year's Veteran Day Assembly.

After Wahoo Middle School eighth grader Emily Spicka led the audience in the recitation of “The Pledge of Allegiance,” the bands united again to play “The Star-Spangled Banner”.

The WHS Drama I Class, under the direction of Diane Reece, presented selections from “War Letters,” an historical anthology of poignant letters written by war veterans to loved ones at home.

“Since these are actual letters, this was a very personal tribute to our veterans and their families,” said Reece. “The letters are very powerful.” 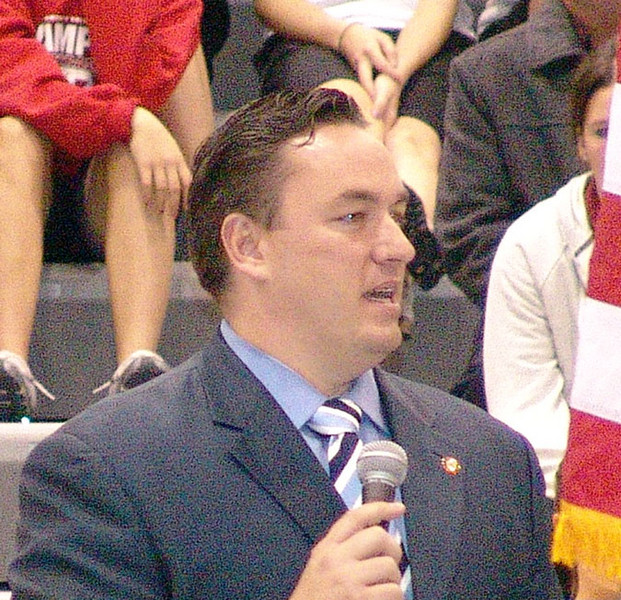 The bands then honored each branch of the military by playing the hymns of the United States Army, Navy, Air Force, Coast Guard, and Marines. While each branch’s theme song was played, veterans belonging to that group stood to be recognized.

“It was really an honor to direct the bands, especially with both the schools being represented. I hope it continues,” said Snyder.

“The combined music groups were unbelievable,” said Honors American Government Instructor and Close Up Sponsor Ryan Mueller. “They did a wonderful job paying respect to our nation's brave men and women in the armed forces.”

“This [the Veterans Day assembly] is exactly what you envision when you’re in some pretty ugly, bad places,” said Osborn. “Events like these help remind you it’s all worthwhile.” 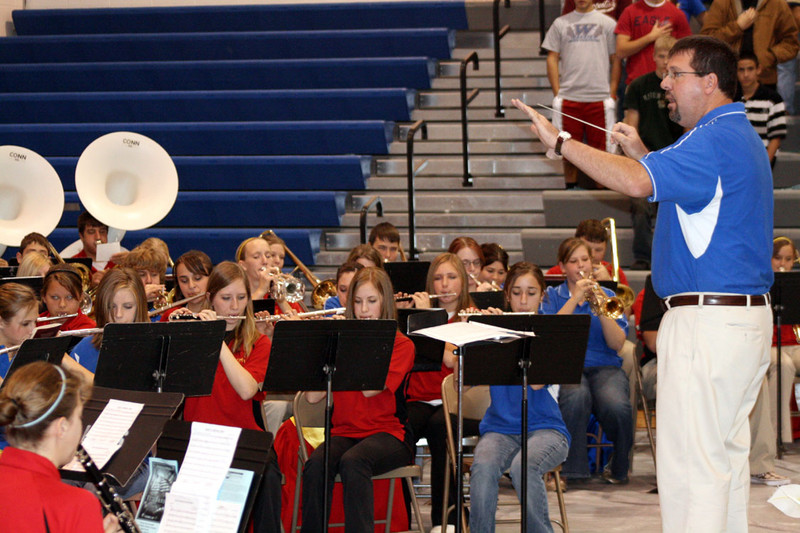 Launch the media gallery 3 player
Impressive sounds came from the combined bands of Wahoo High School and Bishop Neumann High School.
As a boy, Osborn visited veterans at the veteran’s home where his mother worked as a nurse in his hometown of Norfolk.

“They sacrificed a lot for their country,” Osborn said. “They taught me the true meaning of service above self, about serving a higher cause.”

Osborn was the topic of world news when on April 1, 2001, a Chinese fighter jet collided with his plane, sending it into an inverted dive. Osborn managed to regain control of the craft and landed safely on the Chinese island of Hainan, saving 23 crewmates. After 11 days of captivity, Osborn and his crew were released. Osborn was awarded the Distinguished Flying Cross for Heroism and Extraordinary Achievement in Flight.

Each year the ceremony is sponsored by WHS Close Up students and their sponsor.

“Our annual Veterans Day Assembly was a great experience for the entire community to come together to celebrate our nation's veterans,” said Mueller.

The assembly concluded with a moment of silence while Bishop Neumann senior Josh Steger played “Taps.” The assembled Colors were then retired by the veterans during a final performance of the bands playing “America.”