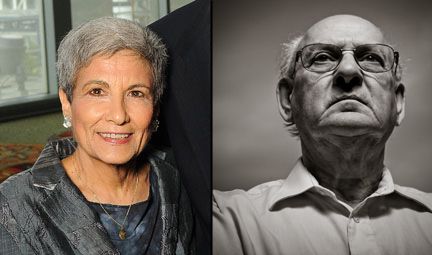 The Institute for Holocaust Education (IHE), Educational Service Units 2 and 17, and Wahoo Public Schools are pleased once again to partner together in the interest of Holocaust education to give students statewide the opportunity to learn the history of this period first-hand from those who lived it: Holocaust survivors.

Two assemblies will be held on Wednesday, March 5, 2014 in the Wahoo Public Schools' Performance-Learning Center.

Schools from across Nebraska will have the opportunity to bring students to Wahoo to attend the assemblies, or participate live through video conferencing technology.

"These students will be the last generation to hear from a survivor in-person," said IHE spokesperson Laura Stastny.

Two Holocaust survivors, who at the time were children, will recount their personal experiences during 90-minute presentations, with the final 30 minutes of each session for Q&A from school audiences:

Child Survivor Chaja Verveer, presently living in Houston, TX, will tell her story during a morning presentation from 10:00 to 11:30 a.m.

Child Survivor Dr. Fred Kader, presently living in Omaha, will tell his story during an afternoon presentation from 1:30 to 3:00 p.m.

"One of the most profound ways to learn about the Holocaust is to hear a first-hand account from a Holocaust survivor," Stastny said. "Those who present their stories not only testify to the extent of the Holocaust, but they also provide a human face to the facts and figures that may often seem impersonal. Survivor testimony is a significant way to reinforce the lessons you are already teaching in the classroom."

ATTENTION SCHOOLS: please click HERE to submit your school's registration for these assemblies. Advance registration must be completed for both on-site attendance and distance learning connections.The deadline for registration is Monday, February 24.

Community members are also welcome to attend these assemblies (no charge), provided space is available. Available seats may be reserved on a first-come, first-served basis. To request a reservation, please contact WPS Media Director David Privett (402-443-4332 ext. 3232 or e-mail dprivett@esu2.org). The exact number of available seats will be announced once a final student count is established.

Chaja Verveer was born in the Netherlands in 1941. The Germans had already occupied the country in 1940. In 1942, the Nazis implemented the deportation of Jews to concentration camps.

When Chaja was only one year old, her family of six went into hiding, splitting up because they were too many to stay together in one place. When the non-Jewish family hiding her was betrayed to the Nazis in 1944, Chaja was sent to the Westerbork, a transit camp in northeastern Holland, from where trains regularly departed for the extermination camps elsewhere. In Westerbork, she was placed in a barrack used as an orphanage for children who had been sent to the camp without their parents.

On September 13, 1944, the last train left Westerbork. On it were the 51 children from the orphanage. Chaja was one of them. The children arrived in Bergen Belsen after three grueling days and nights on the train. After three months, the children were sent to Theresienstadt, a ghetto and transit camp in occupied Czechoslovakia. She and the other inmates were finally liberated in May 1945 by the Russians. She was subsequently reunited with her mother and three brothers. Her father had been executed in 1944 for his activities with the Resistance.

In 1961, Chaja emigrated to Israel. She lived and studied in Jerusalem. She also lived in Austria and Brazil before coming to the United States. Chaja worked as a consultant to both the for-profit and non-profit sector. She is married to Jim Getola and has lived in the Houston area for the past 35 years. She serves on the board of Holocaust Museum Houston and has been appointed to serve on the Texas Holocaust and Genocide Commission. She is also president of Child Survivors of the Holocaust, Houston.

Fred was born in Antwerp in 1938. At the age of four, his mother had the strength and the insight to send him out of the train station before deportation in hope of saving his life. He was found wandering the streets and was ultimately hidden in a convent in Weisenbeck. Fred’s parents did not survive. He reconnected with relatives and went to Canada after the war. Fred and his wife Sarah settled in Omaha in 1974 and raised a family.  \

Fred comments, “People should learn to be kind and find ways to support one another in this world.”

Fred is a pediatric neurologist practicing in Omaha. 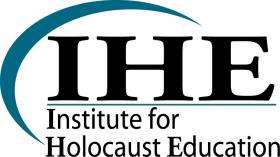