WHS students Casey Brown and Kristal Lindgren help serve up a variety of pies in celebration of "Pi Day." Lindgren, it should be noted, was able to recite 36 digits of the infinite pi--not an easy task! 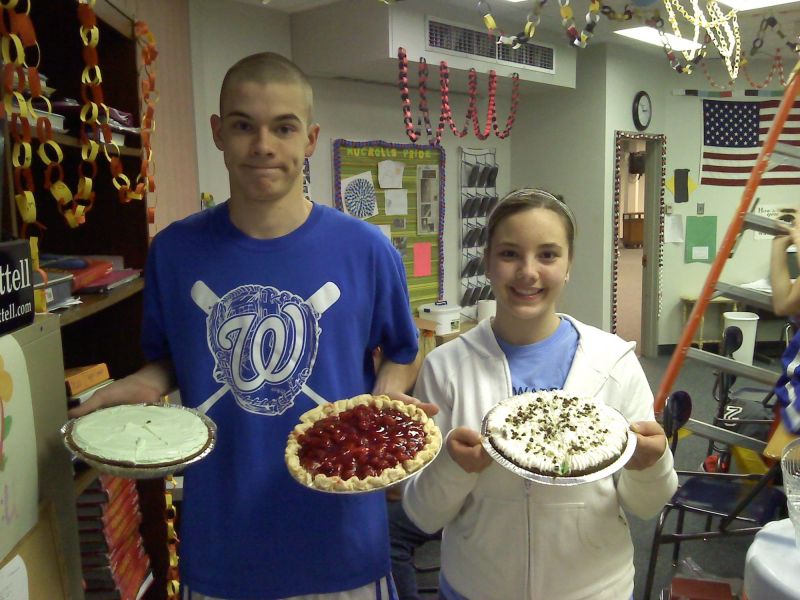 WHS students Casey Brown and Kristal Lindgren help serve up a variety of pies in celebration of "Pi Day." Lindgren, it should be noted, was able to recite 36 digits of the infinite pi--not an easy task!

The students in Mrs. Nuckolls’ Algebra classes immersed themselves in Pi this week. 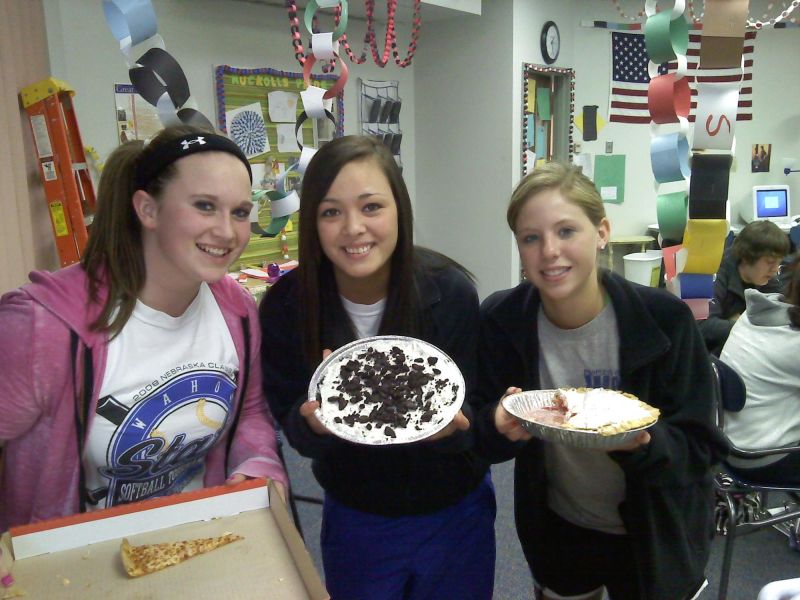 Launch the media gallery 2 player
They served up not only tasty fruit and sweet pies, but also numerical and never-ending “Pi”s - Mrs. Nuckolls’ favorite!

Pi (π) is the world’s most sought after number. It is extremely unique because its digits are never ending and it does not repeat itself. Pi is found by dividing a circle’s circumference (distance around the circle) by its diameter (farthest distance across the circle). 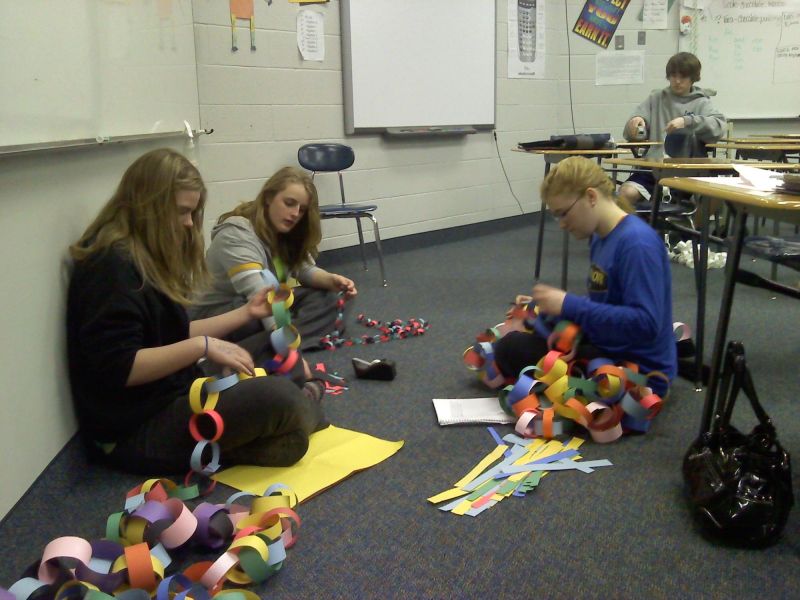 To celebrate such a rare number, the world recognizes Pi Day on March 14 (3-14), which is to be celebrated at 1:59 to represent the first 6 digits of Pi - 3.14159… Some students in Nuckolls’ class were challenged to find the most interesting facts about Pi. Listed below are a few:

1) To this day, over a trillion digits have been found with the aid of a computer; however, most people refer to Pi as its rounded form 3.14.

3) It would take a person roughly 133 years to recite the known digit of Pi without stopping.

5) The Greeks came up with the symbol π, which is their 16th letter. In the English
alphabet, “p” is the 16th letter.

6) If you were to print a billion digits of Pi in regular sized font, it would stretch from
New York to Kansas.

7) In 1706, William Jones was the first mathematician to use the symbol π.

8) In the Star Trek Episode “Wolf in the Fold,” Spock foils the evil computer by
commanding it to “compute to the last digit value of Pi.”

Please stop by her room in the high school to see a chain of the first 200 digits of pi, more interesting facts, stories, and trivia. Or, go to the website www.piday.org. The fun is never-ending!