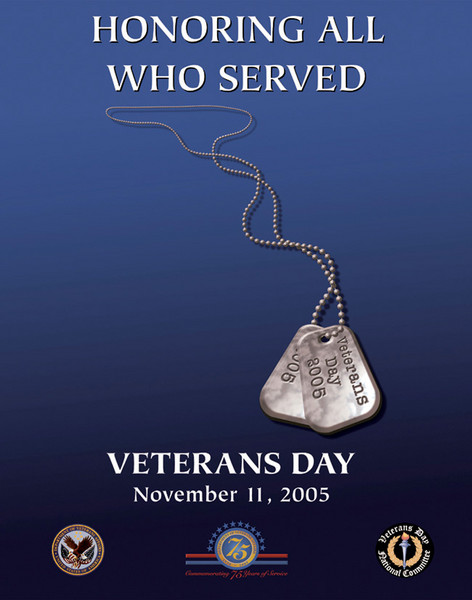 Honoring Those Who Served, Continue to Serve, and Those Who Made the Ultimate Sacrifice

The annual Veterans Day Program was held on Friday, November 11, at 9:00 a.m. in the Wahoo High School gymnasium. This year's guest speaker was Lieutenant Colonel Tom Brewer of the Nebraska Army National Guard.

Members of the VFW Beaver-Bartek 4502 and the American Legion Posts 82 proudly post the Colors to open this year's WPS Veterans Day Program. 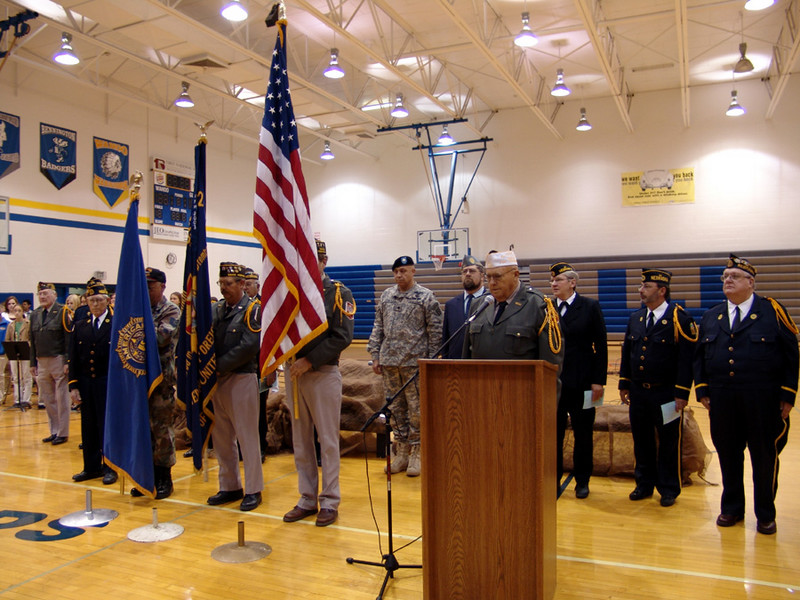 The program began with the posting of the Colors by the Wahoo VFW Beaver-Bartek 4502 and the American Legion Post 82. Once the Colors were posted, WPS students Katie L., Jake B., and Morgan T. led the audience in reciting "The Pledge of Allegiance", and the WHS Band performed The Star-Spangled Banner. WHS junior Heather M. provided introductory remarks, encouraging everyone, "don't be afraid to express yourself."

This year's student readings were presented to the audience by WHS juniors Brianna T. and Janice T. After the readings, the WHS Drama Class Presented "Letters from Home", a dramatic reading of letters from real-life veterans, past and present, written during wartime. WHS junior Erica S. read a very emotional letter recently sent to her by her father, who is currently serving a tour in Iraq.

Next, the band again graced the audience with its performance of Lexington March, and a choir ensemble sang I'm Proud to be an American. Following the musical selections, WHS junior Brittany S. provided an introduction to this year's guest speaker, LTC Brewer.

Brewer stated that being a veteran "changes your whole outlook on life." He also verified that our country is doing the the right things in its fight against terrorism, and explained how difficult it can be to stabilize a government in another country, and how it is a true sacrifice to be able to do the things veterans do.

Brewer ended his speech with one suggestion: "Try to thank one of the vets who has made this sacrifice for you."

The assembly ended with a closing quotation by WHS junior Jesse S., and a moment of silence while Taps was performed by WHS senior Tom D., echoed by WHS junior Chris R. Then the Colors were retired.

For a slide show of the Program, click on the following link: 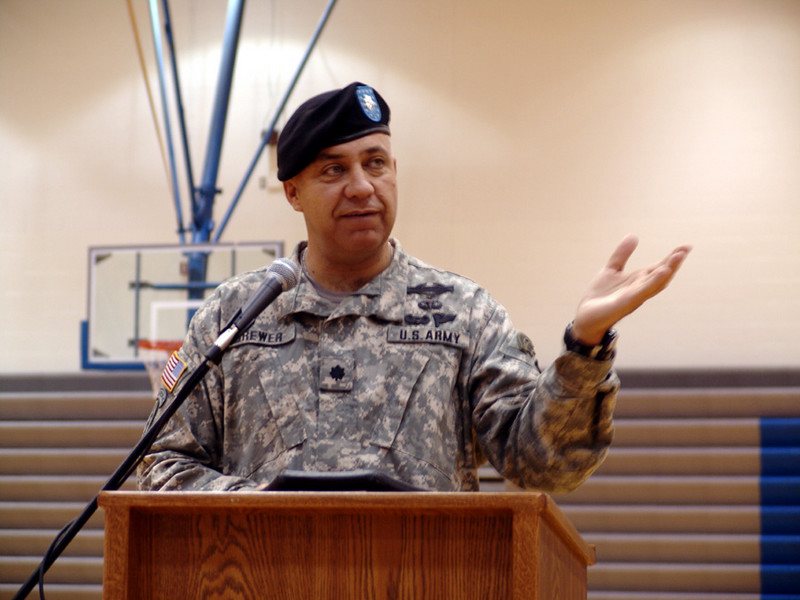 Lieutenant Colonel Tom Brewer is currently the Commander of the Counter Drug Task Force in the Nebraska National Guard. In this position, Brewer works with the local and federal law enforcement agencies to stop the production and distribution of illegal drugs. His position is responsible for educating the public on the dangers of illegal drugs.

Tom Brewer grew up by the Pine Ridge Indian Reservation in South Dakota and is a member of the Ogallala Sioux Tribe. He graduated from Gordon High School in Gordon, NE and then joined the U. S. Army in 1977. During his enlistment, he has attended the U. S. Army, Field Artillery School, Air Assault School, and Airborne School. He attended Doane College and was on the Cross Country and Track teams. He was named to both College NAIA All Conference teams. Brewer has competed in 39 Marathons. LTC Brewer has attended classes at Moscow State University and the University of Leningrad in Russia in 1983.

LTC Brewer was commissioned in 1983 as an Infantry officer and attended Infantry Officer Basic Course, Pathfinder course, Jump Master Course, and was the Honor Graduate of the U. S. Army Ranger School. In 1990 Brewer volunteered for Operation Desert Storm. In 1996 Brewer was selected as a coach for the U S Olympic Shooting Team.   In 1999 Brewer was selected as the Director of the National Guard Marksmanship Training Center at Little Rock, AR. Brewer moved back to Nebraska in Oct 2001 to his current position.   Brewer was mobilized in May of 2003 and was sent to Afghanistan to take Command of the Training of the Afghan National Army. His job there was to build the new Afghan National Army and to stabilize the country of Afghanistan.   Brewer served with the 3rd Special Forces Group in Afghanistan and he was wounded 6 times.

LTC Brewer has graduated from the Combined Arms Staff Services School, Command and General Staff College and the Army War College - Defense Strategy Course.   LTC Brewer is a graduate of both the Czech Army Airborne and the German Airborne School. While serving in the Nebraska Army National Guard, Tom graduated from Doane College in Crete, NE with a BA in History and management in 1988.

He is married to Kelli Brewer who is a Warrant Officer in the Nebraska Army National Guard and they have two children, Travis, 16 and Kalee, who is 12. He lives near Murdock, NE.