The Nebraska Institute for Holocaust Education (IHE), Educational Service Units 2 and 17, and Wahoo Public Schools are pleased once again to partner together in the interest of Holocaust education to give students statewide the opportunity to learn the history of this period first-hand from those who lived it: Holocaust survivors.

Two assemblies will be held on Wednesday, March 25, 2015 in the Wahoo Public Schools' Performance-Learning Center. Schools may bring students to Wahoo to attend the assemblies, or participate live through video conferencing technology, or both.

The IHE stipulates students be in grades 6-12 and be educationally prepared to listen to the personal life stories of presenting Holocaust Survivors. Survivor presentatons are not suitable for young or unprepared audiences and are most suited to high school (adult) students.

"Your students will be the last generation to hear from a survivor in-person," said IHE spokesperson Laura Stastny.
SCHOOLS: Please click HERE to go to registration form. Registration deadline is Friday March 13. For registration assistance, contact Joan Wilson at 402-721-7710 x 228 or jwilson@esu2.org.
Community members are also welcome to attend these assemblies (no charge), provided space is available. Available seats may be reserved on a first-come, first-served basis. To request a reservation, please contact WPS Media Director David Privett (402-443-4332 ext. 3232 or e-mail dprivett@esu2.org). The exact number of available seats will be announced once a final student count is established.
Two Holocaust survivors, who at the time were children, will recount their personal experiences during 90-minute presentations, with the final 30 minutes of each session for Q&A from school audiences:

Asked what she wants others to know about the Holocaust, especially young people, Agnes Schwartz responds quickly: “Oh, God―that it really happened! And to appreciate their freedom, because they live in the most wonderful land of this world. Yet today’s kids who are born here don’t appreciate that. They don’t know any different. They’ve never known any suffering like that.”

Said Stastny: "One of the most profound ways to learn about the Holocaust is to hear a first-hand account from a Holocaust survivor. Those who present their stories not only testify to the extent of the Holocaust, but they also provide a human face to the facts and figures that may often seem impersonal. Survivor testimony is a significant way to reinforce the lessons you are already teaching in the classroom."

Fran Malkin, then five-year-old Feyge (pronounced “FAY-guh”) Letzter, was born in a part of Poland that today belongs to the Ukraine. She survived the Holocaust by hiding with some family members in a barn.

She speaks frequently about her experiences, which are told in the film No. 4 Street of Our Lady, as well as in the book Moments in Time: A Collage of Holocaust Memories.

Her story starts amid the hysteria of an imminent Gestapo aktion in which all Jews would be either shipped out to death camps or killed on the spot. Five-year-old Feyge Letzter had slunk out of the ghetto of Sokal, in the Ukraine, along with her mother, Lea, and her grandmother, an uncle and four other adults and children. Their furtive, two-mile trek, including a dash across a bridge on the Bug River, ended with a climb up a ladder to a hayloft above a pigsty, where a family of four was already living. After having already endured two years of deprivation and unprovoked murder, including that of her own father, Feyge now learns that her home for the foreseeable future is a cramped, reeking, windowless space she’ll have to share with 12 other people ... <click HERE to continue Fran Malkin's story.>

Malkin’s efforts to come to terms with her past began about eight years ago, when, answering a yearning she couldn’t quite articulate, she signed up for the Leave-a-Legacy Writing Program for Holocaust Survivors at Drew’s Center for Holocaust/Genocide Study for the 2005 book the center published called Moments in Time: A Collage of Holocaust Memories

Agnes Schwartz from Budapest, Hungary, was 10 years old when German forces occupied her town and her family was forced to move to the ghetto. Their housekeeper, a non-Jew, took Agnes to safety and, claiming her as her niece, enrolled her in Catholic school. Agnes became a “hidden child” living in the open but living in fear, not knowing when her family would be reunited.

Agnes lives in the Chicago area, and has published her story in the book A Roll of the Dice: A Memoir of a Hungarian Survivor.

Her story: Born in Budapest July 24th, 1933, Agnes lived in a ‘well to do’ family as an only child growing up during the Second World War. Though her family was Jewish, Agnes attended a girls' Catholic school.

When the Germans invaded Hungary in March 1944, her grandparents were moved into Budapest and soon her entire family was forced to wear the Yellow Star. They were moved from their apartment into a Jewish Designated Building (ghetto) and crammed into a dirty apartment.

Agnes's father lost his business and she could no longer attend school. In November of 1944, a group of Nazi officers came to their building and ordered all men 18 to 45 to line up outside. Her father was taken away, and she had no idea if she would ever see him again. Later in the month, the Nazis came and took away all of the women in that same age group.

At 10 years old, the family's former maid (Julia Balazs) took Agnes in as her "niece" who was fleeing from the Russian army. During Allied bombings, Agnes was sent underground to hide for months.

Agnes's grandmother, grandfather, and aunt were drowned in the Danube. Her mother perished at Bergen-Belsen concentration camp.

Agnes' father was saved by Raoul Wallenberg and hid in one of his safe houses. In January 1947, reunited, Agnes and her father left for Chicago. However, within a year her father returned to Hungary, leaving Agnes in the care of an aunt.

Agnes still lives in the Chicago area, and has published her story in the book A Roll of the Dice: A Memoir of a Hungarian Survivor. 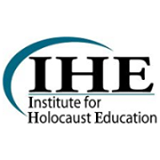