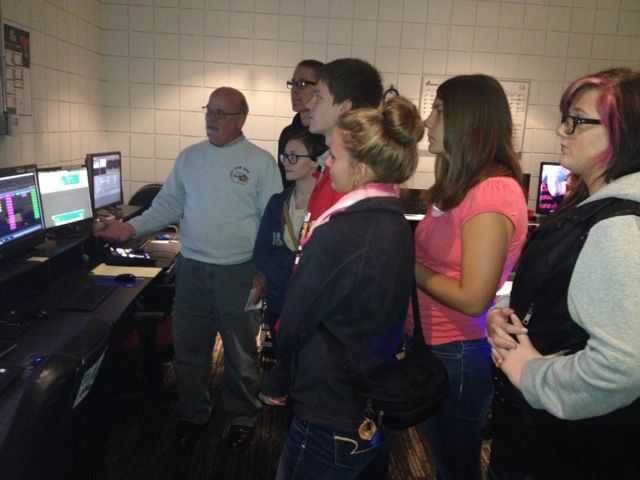 The students were given a tour of the arena, which opened in October of 2012. One of the purposes of the visit was to see the Video Control room, which controls all of the video and lights for the arena, as well as to learn about various careers in the Digital Media field. 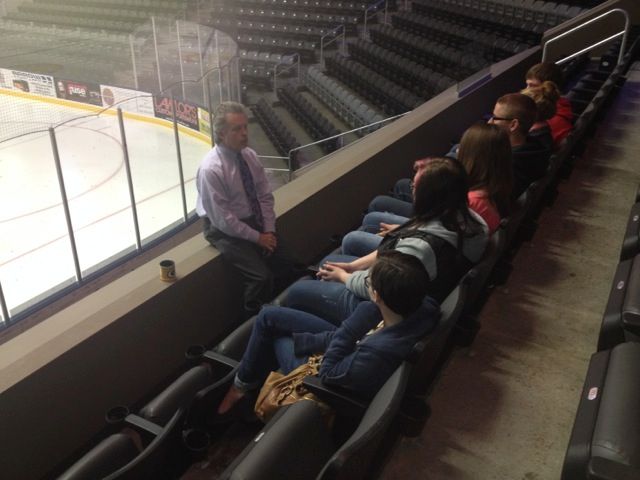