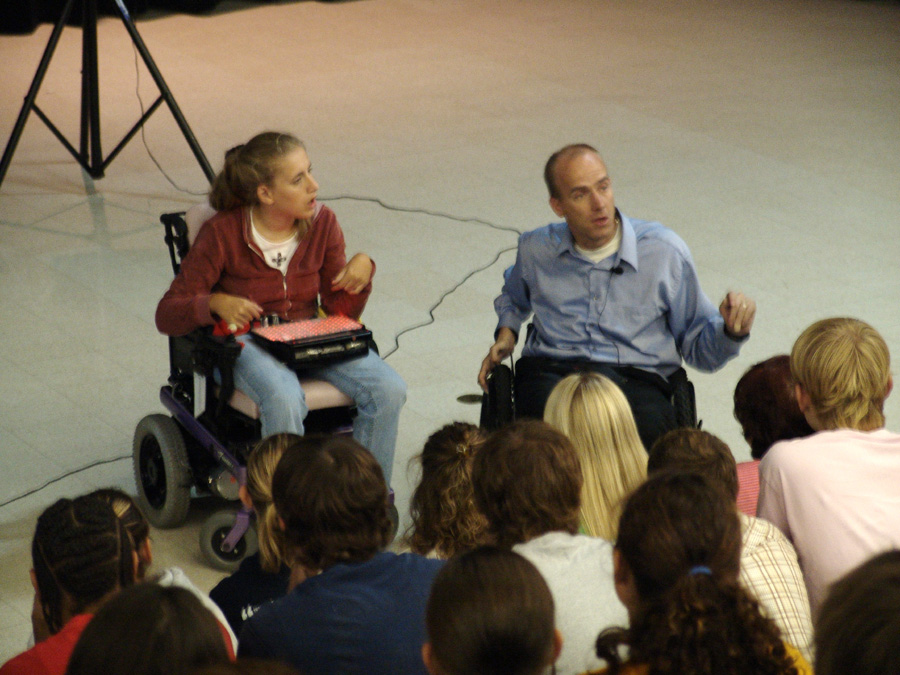 The power of believing was the inspirational message that coursed through the crowd on Monday, October 3 in the WHS Little Theatre, as both high school and middle school students listened intently to the sad, yet uplifting story of nation-wide motivational speaker Chad Hymas.

Hymas, who was paralyzed two years ago in a farming accident near his rural Utah home, told his amazing story to students and staff. His body was crushed by a two-ton hay bale, which broke his neck and left him with no feeling from his armpits down.

Hymas stated that the stories of others with physical disabilities had inspired him and played a major part in his rehabilitation. He recalled his high school years when he and his athletic friends showed little compassion to Melanie, a fellow student confined to a wheelchair, paralyzed and unable to communicate verbally. Hymas expressed his regrets for his mindset at that time, saying that barely a day goes by without thinking about Melanie. 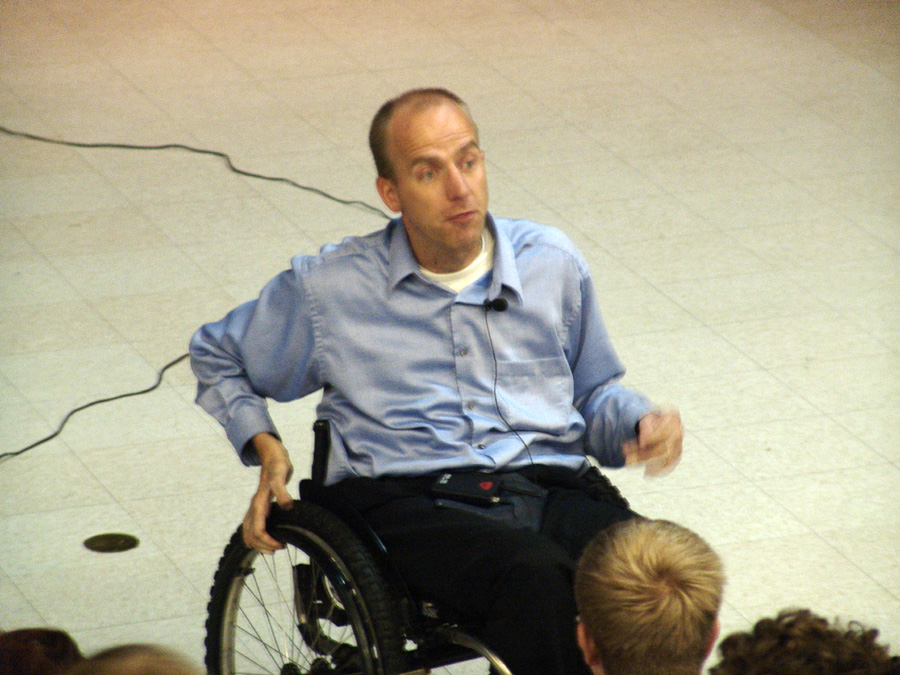 43453015549e4
Before the accident, Hymas, along with his wife Shondell, was busy raising the couple's two young boys. Hymas was also a referee for high school varsity basketball and working diligently to make his dream of raising elk a reality.

One tragic night after refereeing for two varsity basketball games, Hymas hurried home after receiving a call from his wife informing him that their one-year-old son had taken his first steps. Hymas then hurried out to the field to feed their animals, during which time he realized that the tractor he was using to lift and move the two-ton bales of hay was low on hydraulic fluid, and instead of fixing the problem, he continued on with his chore. This choice led to his life-changing accident, and current career of public speaking across the country.

The rest of the speech focused on the decisions we make and the people those decisions affect. Amazingly, Hymas continues to referee basketball games, and he coaches his son"s soccer team. The effect of Hyman's decision were tragic, but what he has done with the results of his accident is an inspiring example of the resilience of the human spirit.

The power of believing was the inspirational message that coursed through the crowd on Monday, October 3 in the WHS Little Theatre, as both high school and middle school students listened intently to the sad, yet uplifting story of nation-wide motivational speaker Chad Hymas. 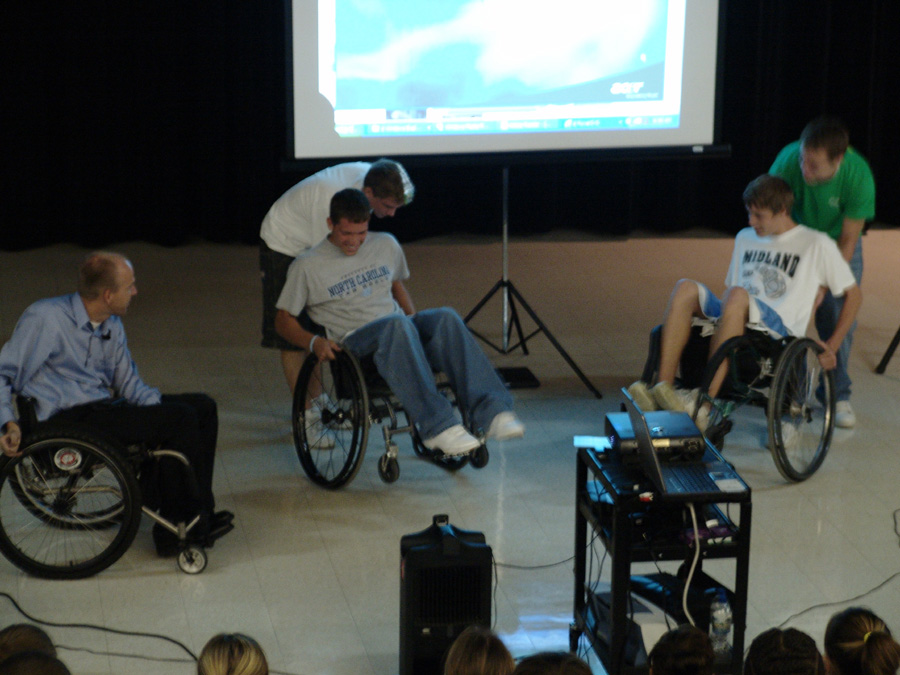