Holocaust Survivors Rita Rubinstein (top) and Kitty Williams tell their stories to students on March 21 at WHS. These assemblies were part of the 2018 Week of Understanding, sponsored by the Institute for Holocaust Education, Educational Service Unit 2, and Wahoo Public Schools.
Launch the media gallery 1 player

Holocaust Survivors Rita Rubinstein (top) and Kitty Williams tell their stories to students on March 21 at WHS. These assemblies were part of the 2018 Week of Understanding, sponsored by the Institute for Holocaust Education, Educational Service Unit 2, and Wahoo Public Schools.

Rubinstein is originally from Romania, where her family owned a dry goods store. Rubinstein’s father was absent from her and her family during the time of the Nazi regime, due to fighting in the Soviet army.

In October 1941, she and her family were forced out of their home by Nazi soldiers and were told they were being sent to a labor camp.

With quick thinking, Rubinstein’s uncle bribed a guard with money that Rubinstein’s grandmother had sewn into her clothing. This landed them into a ghetto in Ukraine, where Rubinstein and her family lived for three years until they were freed by the Soviets.

She then went to a displaced persons camp in Ukraine with her mother and aunt, before coming to America.

Kitty Williams was the speaker for the afternoon portion of the Holocaust presentations at Wahoo High School.

Williams spoke of her reluctance to tell her story in the past, and how she believed that there were tragedies more important than her own. However, she said that denials of the Holocaust and the millions of people murdered inspired her to speak out and tell her story.

“It wasn’t easy at first. It’s very emotional to talk about, but I feel I must do it,” Williams said.

Germans occupied Williams’s country of Hungary when she was 19 years old.

Williams told the audience about her time in the ghettos and being transported to Auschwitz by cattle car.

Williams was later transported into a new camp in West Germany, where she refilled explosive devices.

“In comparison to Auschwitz, it was heaven,” stated Williams.

Williams and her companions were told to leave the factory when word of the Allies closing in on Germany started to spread. After wandering for several days through the forest, they met American trucks and were freed at last.

Though both of their stories were about a dark period of history, both speakers left the stage with a positive and powerful message to all audience members. “Never let this happen again.”

“It is really up to your generation to remember that there is only one race, the human race,” Williams said.

Rubenstein also ended her speech with a plea to the young members of the crowd, “You are our future, never stand by and always speak up against bullying. Hate is never right and love is never wrong.”

KITTY WILLIAMS (Note: Kitty visited in place of Bea Karp, who was unable to attend)

Holocaust Survivors Rita Rubinstein (left) and Bea Karp will be our featured speakers on Wednesday, March 31 for two assemblies (10:00-11:30 a.m. & 1:30-3:00 p.m.). WPS hosts this annual event in recognition of the Week of Understanding, sponsored by the Institute for Holocaust Education. Both sessions are open to the public.

On Wednesday, March 21, middle and high school (grades 6-12) students will have the opportunity to personally meet and hear the life stories of Holocaust Survivors during a Week of Understanding event co-sponsored by the Institute for Holocaust Education (Omaha) and Nebraska Educational Service Unit 2.

Survivors will be speaking live from the Wahoo Public Schools Performance-Learning Center.

However, with the power of videoconferencing technology, audiences may connect from any school location!

Respecting the age of Holocaust survivors, as well as the emotional exhaustion of recounting their experiences, two speakers will share their personal stories and respond to audience questions.

Now in its eighth year, this important IHE program began as an effort to bring first-hand Holocaust survivor and U.S. liberator testimony to schools across the metro, giving students the opportunity to hear this testimony while survivors and liberators are still here to tell their stories.

When ESU 2 became involved in 2012, the program's second year, the geographic reach expanded beyond metropolitan Nebraska schools to include not only live student audiences traveling to Wahoo, but also school audiences connecting via video conferencing technologies from the rural east, central and panhandle regions of Nebraska.

“As time takes us away from the Holocaust, it is even more critical to listen to the words of the witnesses,” said Liz Feldstern, IHE executive director. “Their personal stories add a face and a name to a distant and somewhat incomprehensible event. Not all survivors can speak about their experiences. Some want only to remember their memories silently, but for Rita and Bea, and others like them, there is a need to speak out. These individuals, and others like them, are the last to bear witness to the Holocaust. It has never been more important to listen to the words of this generation.” 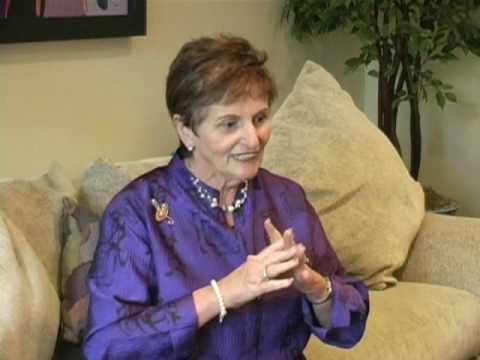 Rita Rubinstein was born in 1936 in Romania. In 1940, her father was drafted into the Soviet Army, never to be seen again. In 1941, Rita’s family (her mother, grandmother, an aunt, uncle, and two cousins) were given 24 hours to pack before being deported to a ghetto in occupied Ukraine. This ghetto was in a remote region and the family spent the next three years in a mud-walled hut with no running water. The area was eventually liberated by the Russian Army. Rita and her family returned to their hometown in Romania. Here they learned of her father’s death. Fearing Soviet policies, Rita and family obtained forged documents identifying them as Polish citizens, which allowed them to take a dangerous 3 month journey through Poland and find refuge in the Feldafing Displaced Persons camp in Germany. It took another three years before Rita and her mother were allowed to immigrate to the United States in 1949. 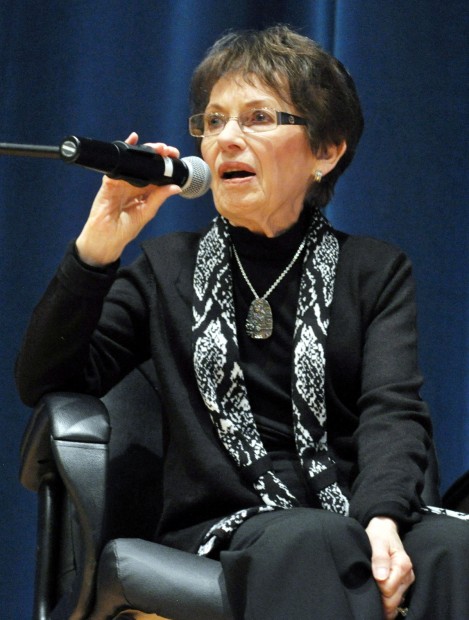 Bea Karp: In 1936 the former Bea Stern had her childhood stolen at the hands of Nazi tyranny. Stripped of the most basic human rights, her family was imprisoned in work camps during the Second World War. While Bea and Susie were rescued by a children’s refugee organization, their parents — along with scores of cousins, uncles and aunts — were killed. The orphaned sisters were fortunate enough to have relatives in England to take them in. By their teens the sisters came to America and remade themselves — marrying, bearing children, leading full lives. While Bea’s post-war years have not been tragedy-free, she’s found meaning in life and dedicated herself to educating others.