HAVE A WONDERFUL SUMMER!

National Association of Teachers of Singing names Sydney Barnes among top 14 in the nation!

The National Association of Teachers of Singing ( NATS ) announced on Sunday, May 15, 2022 that Sydney Barnes has advanced through four levels of competition to be named one of the top 14 students in the nation selected from all high school junior and senior treble voices! Barnes is a member of the newly-graduated Wahoo High School Class of 2022. She currently studies voice with Professor Alisa Belflower of the University of Nebraska at Lincoln's School of Music .  The final rounds of competition in NATS' National Student Auditions will be held July 1-6 at the 57th NATS National Conference in Chicago. "Sydney's advancement to . . .

WAHOO – The Memorial Day program and a performance at Worlds of Fun by the Wahoo High School band will cap a school year full of great accomplishments for the band program and its director, Jason Smith. The 2021-22 school year began with a stellar season for the high school marching band, which earned superior awards in all five of the competitions in which it was entered, including the State Marching Band Contest. “It was the first superior at state since I restarted field marching nine years ago,” Smith said. The school music program also received recognition from the Nebraska Music Education Association for a . . .

"The community of Wahoo and Wahoo Public Schools are extremely proud of our fine arts programs," commented WPS Superintendent Brandon Lavaley. "The time invested by staff and students is reflected in the quality of the performances, individually and collectively, within our music department. We are proud of our musicians and look forward to continued growth of this essential part of the educational experience." These well-earned words of praise come on the heels of a recent press release from the National Association of Music Merchants (NAMM) Foundation, which has once again named the Wahoo Public Schools among the nation's "Best Communities . . .

It was the type of news that any parent would dread hearing. After months of doctor visits, different treatments and diagnoses that offered no concrete answers, Leah Emerson finally learned what had been affecting her daughter’s health — a cancerous mass in her sinus cavity. Mya Emerson had been feeling the effects for months, starting with daily headaches, a swollen throat and pressure in her ear that refused to go away. Just days into the start of her senior year at Wahoo High School, Emerson’s world was turned . . .

The Nebraska Trailblazer Conference honors Academic All-Conference participants in each of the varsity interscholastic boys and girls programs that contend for a conference championship. The following criteria must be met (in total) in order for a student-athlete to receive the Trailblazer Conference Academic All-Conference Award in any NSAA-sponsored Activity: • Student must be a contribution of a varsity team and have been in that role in at least one half of the contests in which the school participated. • Student must be a sophomore, junior, or . . .

Congratulations to the Wahoo High School Class of 2022! This year's senior class celebrated its final day of school on Wednesday, May 4. Graduation was celebrated on Sunday, May 8 at 1:30 p.m. in the high school gymnasium. Fifty-three percent of this year's graduates plan to attend a four-year college or university, 25 percent plan to attend a two-year college, 4 percent will join the workforce or are undecided about their future choice, and 18 percent will enlist into a branch of the military. Seniors will attend 24 different post-secondary . . .

Wahoo’s Louder than a Bomb (LTAB)  team completed their year by competing in two bouts at the University of Nebraska at Omaha on March 29 and 30. In LTAB,, students write their own poems and then perform them. Five judges in the audience hold up scores on white boards from 1 to 10. The high and low scores are dropped, and the three middle scores are added together to get the poet’s total scores. Students perform as individuals and as groups. All the scores from the rounds are added together to get team scores. While team scores are kept, the main purpose of . . . 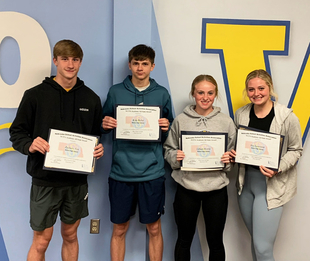 The  Nebraska School Activities Association  ( NSAA ) is pleased to announce the student recipients of the Spring 2022 Nebraska Chiropractic Physicians Association (NCPA) Academic All-State Awards . Since 2006 this NSAA Award Program has recognized students who meet the criteria for nomination by their school in the season of their activity. Nominated students must be varsity players or organizational leaders who have played a significant role on the team. Nominees must have a minimum cumulative grade point average, in all curricular subjects, of 93%, . . .

How do you want to make a difference in the world? For the College of Agricultural Sciences and Natural Resources ( CASNR ), that’s not a rhetorical question. Instead, it was the literal challenge for the 2022 Change Maker competition , sponsored by the CASNR , part of the University of Nebraska at Lincoln . The competition provides students with the chance to share what they will tackle in order to leave their mark on the world and make it a better place. Applicants are required to address one of the following grand challenges of the world: . . .

Many thanks go out to the teachers, students and families of Wahoo Public Schools and to the greater Wahoo community for your continued support of the students within our school community! WPS is committed to providing an educational experience which "Inspires Our Students to Thrive!" and this would not be possible without the support of our school community! From academics and support systems, to activities and facilities, we are continuously working to improve student success and growth.  This Annual Report highlights some of the . . .

CONGRATULATIONS Ben Thrasher: named a National Merit Scholarship FINALIST! The National Merit Scholarship Corporation made the announcement last week, and Wahoo High School again celebrates one of its seniors honored among the nation's academic elite. Thrasher is Wahoo's third NMS Finalist in five years (fourth semifinalist), and will be awarded his scholarship later this spring. He has announced that he will attend the Texas A&M University next year. "Ben continues to prove that hard work and dedication pay off!" commented WHS School . . .

(This page was last updated on May 11, 2022)  SCHOLARSHIPS Please check back often, as scholarship applications will be continuously posted through the spring! TEACHER RECOMMENDATIONS Students: Click HERE to access the "Request for Teacher Letter of Recommendation" form. This form MUST be completed (open in Adobe Acrobat Reader), printed and handed to teachers when you request that they write a scholarship letter of recommendation on your behalf. LOCAL SCHOLARSHIPS Wahoo High School has launched . . .

WPS Counseling Services available to all students during pandemic 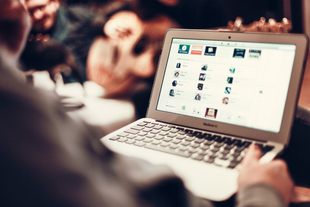 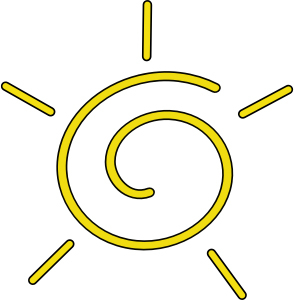 The Wahoo High School summer school program is available for students who have failed classes and would like to make up the credit lost. Students who are interested need to fill out the form below and return it, along with a $25 deposit, to the Wahoo High School office. The full amount must be paid before the start of the sessions. The method of instruction will be through a digital online curriculum called OdysseyWare . Students will be able to work at their own pace. We will run one session from 8:00 a.m.-12:00 p.m., Monday through Friday, with 24 computers available. . . .

E-BOOK COLLECTIONS ELEMENTARY   ||  MIDDLE/HIGH    THE APP Mac   ||  Android All eBooks in these collections can be read on your computer's Internet browser, or your iOS, Windows, Android, and other electronic devices. To read eBooks on your school iPads or other personal devices, you must download the axis360 app (free from the App Store, Android Market, Google Play, etc.). Once downloaded, simply click on "Search for My Library" and type "Wahoo." Then . . . 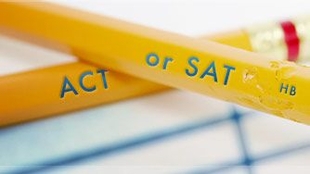