Is My Child at Risk for Using Drugs?

The Partnership for a Drug-Free America has created a great website for parents and guardians to assist them in dealing with their child’s possible use of alcohol and other drugs. The website is very user friendly and contains many brief . . .

Speaking out for what you believe is always worthwhile! Overcoming the butterflies in her stomach, WHS sophomore Emma Bartek joined other members of Project Extra Mile in personally addressing members of the Nebraska Legislature's . . . 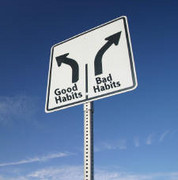 BUFFALO, N.Y. -- Increases in young women's drinking during the transition from high school through the first year of college can have dangerous physical, sexual and psychological implications, according to a report out of the University . . .

A nonprofit agency designed to curb under-age drinking is trying a different approach. Project Extra Mile has started its first in-school youth group in Wahoo to give teenagers a voice in helping to battle the country’s biggest killer . . .

WASHINGTON, DC, August 31, 2007— As schools reopen around the country, a new study finds that parents and teachers should pay attention to alcohol prevention starting as early as fourth grade. “A review of national and statewide . . .

Tobacco in the News

New Smokeless Tobacco: Three smokeless, spit-free tobacco products (Taboka, Skoal Dry, and Camel Snus) are now hitting the market. "These small tobacco-pouch products are hard to spot in the mouth, so kids can . . .

The Partnership for a Drug-Free America reports that an alarming number of teenagers are "sniffing" or "huffing" a variety of household products to get high. This "new generation" of inhalant abusers suffers from "generational forgetting." . . .

Announcement Sponsored by Department of Health and Human Services

U.S. Surgeon General Richard H. Carmona today issued a comprehensive scientific report which concludes that there is no risk-free level of exposure to secondhand smoke. Nonsmokers exposed to secondhand smoke at home or work increase . . .

You may notice these posters around town pertaining to adults hosting alcoholic parties for minors. The CMCA/Media committee reviewed the data from both the Nebraska Risk and Protective Factor Student Survey and the Parent and . . .

Talk with Your Child about Underage Alcohol Use

Parents' disapproval of underage alcohol use has been identified as one of the key reasons youth choose NOT to drink. As a parent, you are in a position of tremendous influence. What you do and say every day can affect your child's . . .

Some shocking numbers: Everyday nine teenagers die from alcohol-related causes including motor vehicle crashes, homicide, suicide, and drowning. On college campuses, 95 percent of all violent crimes involves the use of alcohol. Teenage . . .

The Associated Press reported that parent who smoke or drink influence the behavior of their children at a surprisingly young age. Researchers studied the behavior of 120 children ages 2-6. They were told to choose from 133 items . . .

Assistance Available to Help You Quit!

If you smoke, the American Cancer Society can help you quit. And people who plan a quit attempt in advance double their odds of succeeding. Why not give up cigarettes for the day - and maybe forever - on Thursday, November 17, during . . .