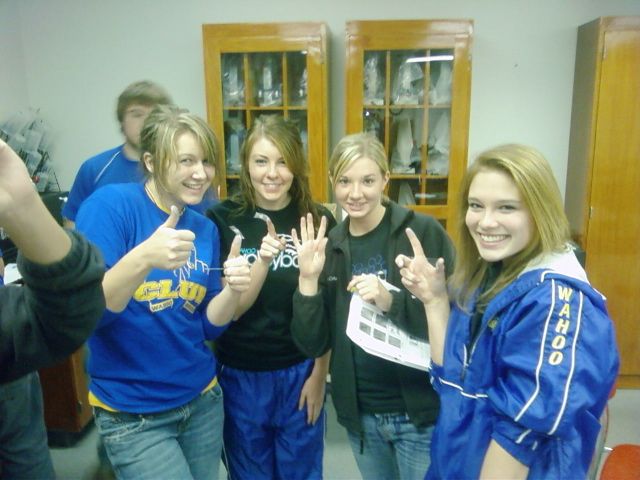 What is a fingerprint?

A fingerprint is an impression of the friction ridges on all parts of the finger, which are raised portions of the epidermis, which is the outmost layer of the skin, on the palmar (palm) or digits (fingers and toes) or plantar (sole) skin, consisting of one or more connected ridge units. These are sometimes known as "epidermal ridges" which are caused by the underlying interface between the dermal papillae of the dermis, the second layer of tissue present in the skin,  and the interpapillary pegs of the epidermis. No two persons have exactly the same arrangement of ridge patterns, and the patterns of any one individual remain unchanged throughout life. Fingerprints offer an infallible means of personal identification. Other personal characteristics may change, but fingerprints do not. 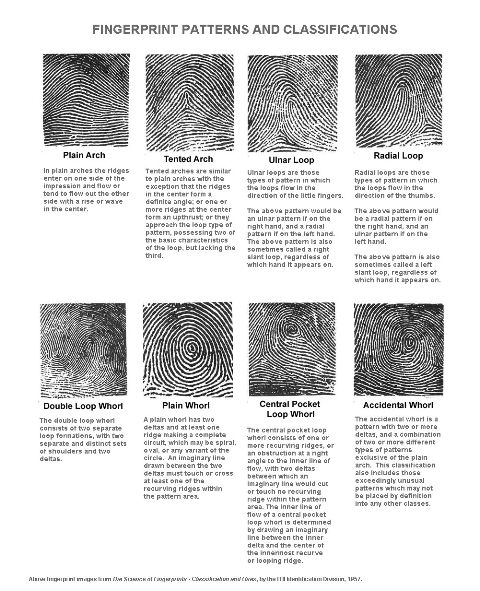 Next, the anatomy students worked on collecting latent fingerprints from glass slides. Although the word latent means hidden or invisible, in modern usage for forensic science the term latent prints means any chance of accidental impression left by friction ridge skin on a surface, regardless of whether it is visible or invisible at the time of deposition. The students rubbed their ring fingers on their noses, to increase the amount of oils deposited by the fingerprint, giving them a positive latent print to identify. Students then used talcum powder to "dust" for the latent finger print and used scotch tape to collect the print for analysis.

Morgan Hancock shows off her Warrior Spirit by using blue ink to collect her fingerprint patterns for the classroom database. 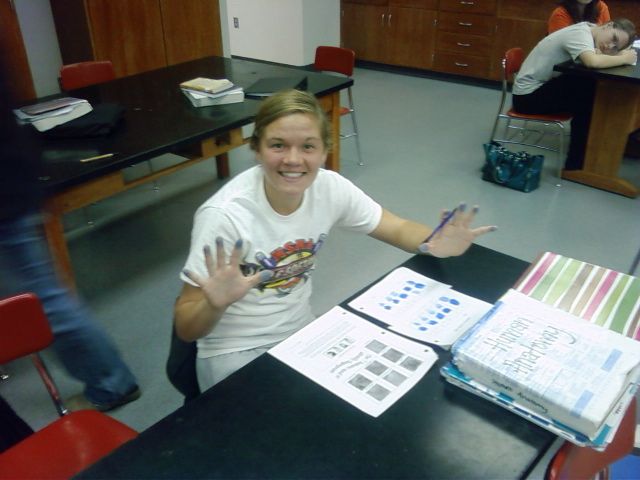 Launch the media gallery 3 player
Morgan Hancock shows off her Warrior Spirit by using blue ink to collect her fingerprint patterns for the classroom database.