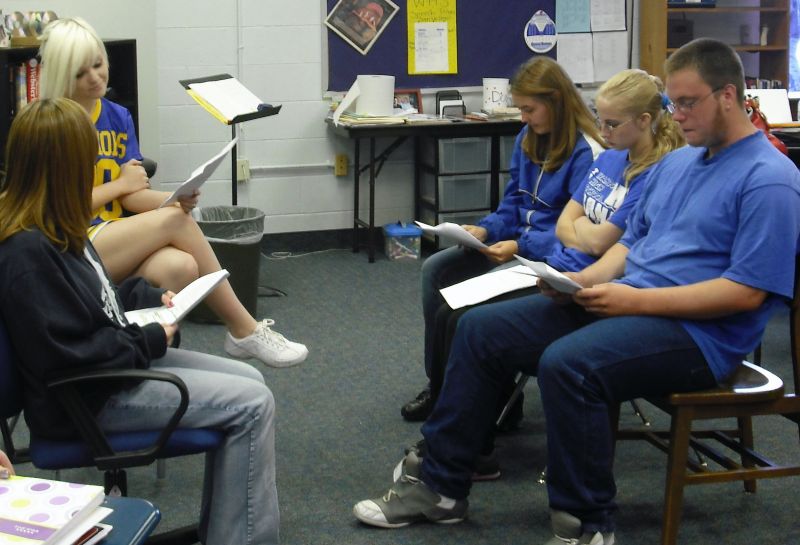 British Literature and Drama Classes Perform for Each Other

After Mr. Fangman’s British literature class read Saki’s short story “The Storyteller,” they decided it would be fun to perform the story as a Reader’s Theatre.

Saki, whose real name was H. H. Munro, often wrote stories about aunts who do not understand children because Munro had been raised by such an aunt. 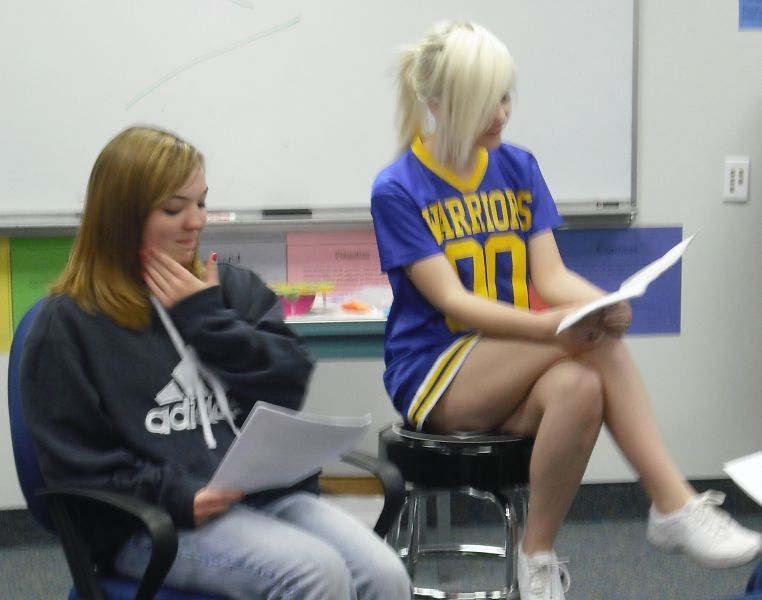 Launch the media gallery 2 player
WHS British Literature students Lindsay Luers and Hailey Zetocka.
In “The Storyteller,” the aunt on a train tries to quiet her three children by telling a story with the lesson that only good things happen to good children. After the children did not like her story, the bachelor on the train told a story about a girl who was “horribly good.” The children loved the bachelor’s story about a girl whose medals for good behavior clinked together while she hid in the bushes from a wolf. The wolf then discovered where she hid and devoured her.
WHS drama students Tina Robinson and Madelyn Tvrdy perform "Cheerleader Conflict." 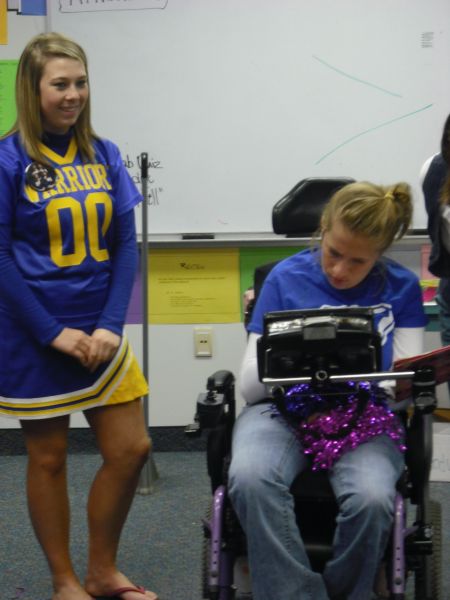 British Literature and Drama Classes Perform for Each Other