During the talk, the Attorney General explained the duties of his office and how his office relates to the Constitution and to students’ lives.  He also discussed in detail some of the current issues affecting Nebraska, including the death penalty and the legalization of marijuana in nearby states.

We’re grateful the Attorney General took some time to meet with our students and look forward to welcoming him back in the future! 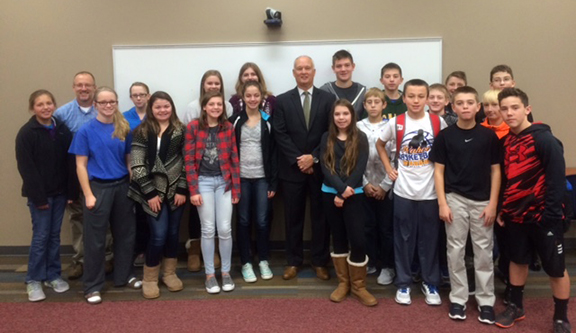