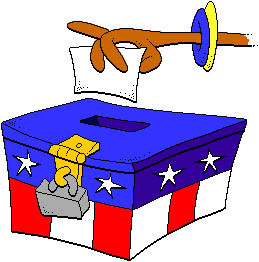 WPS Students Voice Their Opinion in the Nebraska Student Vote

Wahoo High School recently participated in the Nebraska Student Vote sponsored by the Nebraska Secretary of State's Office and the Omaha World Herald. The Nebraska Student Vote is a mock election, where students had the opportunity to vote for United States Senate, United States House of Representatives, and Nebraska Governor. The results of this election were reported to the Wahoo Newspaper and the Secretary of State's Office, where they will be published statewide. Schools from across the state participated in the event, including Wahoo High School, Wahoo Middle School, and Wahoo Elementary. The 2006-2007 Honors American Government/Close Up class organized and ran the event at the high school.

Throughout the day on Monday, October 30, all high school students had the opportunity to vote in the election. Wahoo High School students turned out in large numbers to vote. Out of 281 total students in the school, 236 voted, which accounted for an 84% voter turnout. The results of the election are reported below.

Throughout the day, students participated in the election. After voting, sophomore Alex Callan expressed that "voting is important because everyone should have a say in the future."Sophomore Kyle Kastanek added, "If you don't vote, you can't complain."

Students across the school had different reasons for voting for different candidates. Nathan Styskal said he voted for Ben Nelson for United States Senate because "he's been a Nebraskan longer than Pete Ricketts." Countering that, Patty Thares said she voted for Pete Ricketts because "Ben Nelson has wasted Nebraskan's tax money. We couldn't have anyone worse in office than Nelson."

Name recognition also appeared to be an issue with students. Freshman Ashley Jordan said she voted for Jeff Fortenberry for Congress because she recognized his name. Name recognition may have indeed helped candidates such as Fortenberry, who ran to a landslide victory, capturing 69% of the vote.

Also running away with a landslide was Wahoo native and incumbent Governor Dave Heineman. In the election, Heineman captured 77% of the vote. Freshman Josh Wood said he voted for Heineman because "he's a native to Wahoo and he opposed illegal immigration."

All in all, the Nebraska Student Vote kept the polls busy all day long at Wahoo High School.  The results have been reported to the state and the state-wide election results can be seen at http://www.nestudentvote.com. The Wahoo High School results are posted below. 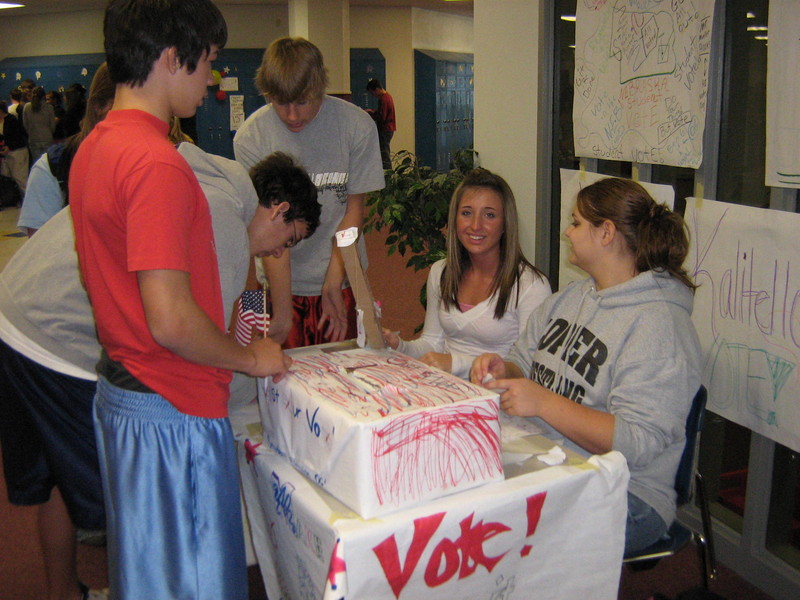 WPS Students Voice Their Opinion in the Nebraska Student Vote