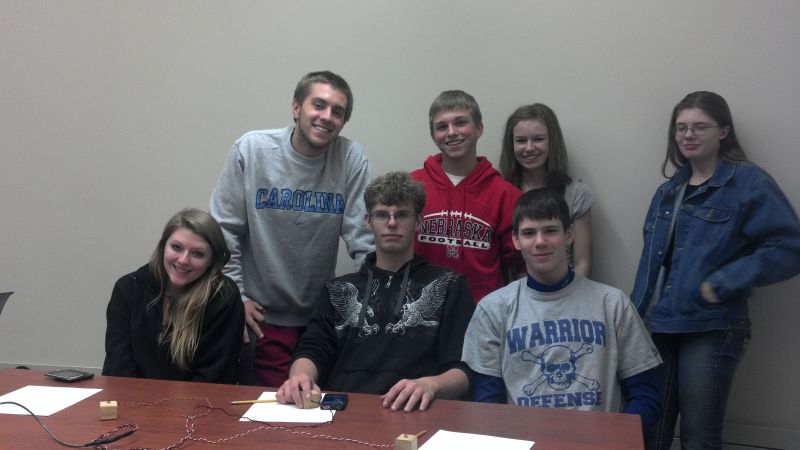 It was an eventful day for Derek Hamar, Rachel Mulholland, Brent Urban, Sesly Lorincz, Paris Mood, and Bailey Schubauer. Between competing for University scholarships and challenging other school districts in Quiz Bowl, to taking in the college life, these students had a full day!

Mrs. Mary Nuckolls, math teacher at Wahoo High School, sent out invitations to join a math team for the University of Nebraska at Lincoln’s Math Day, held each year on the UNL campus. This year's competition was held on Thursday, November 17. 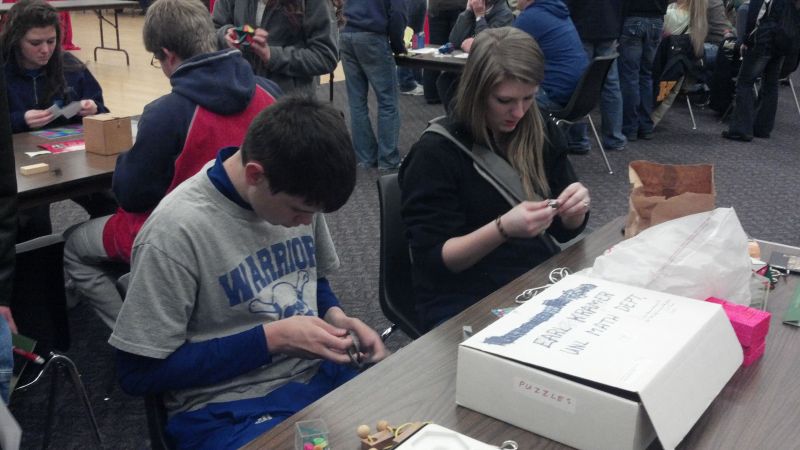 Launch the media gallery 2 player
The six students who volunteered and were accepted had no regrets.

Hamar exclaimed, “This is TOTALLY awesome!” as they all sat eating lunch and discussing the day in a dorm cafeteria surrounded by college students.

With talks about the massively difficult test that led to scholarship dollars, to the nerve-racking competition at Quiz Bowl, these students were charged!

Nuckolls kept a close eye on the clock, as each quiz bowl match moved the team from one building to another with only a minute between each match. The Quiz Bowl team, consisting of Lorincz, Mood and Urban, made each match a nail biter. They finished the day with a 1-3 record.

Although the team did not come away with any scholarship money, they did manage to meet up with some Wahoo Alumni and check out the University’s math fair.

The students passed Josh Discher going to his college class and had a nice chat with Micheal Kersten, who even came to watch one of the Quiz Bowl matches. Kersten said one of the questions the team was given was a topic his college math class covered last week. Very challenging!

At the math fair, a couple students got to experience centrifugal force, while others were racking their brains trying to undo math puzzles. In the end, Nuckolls had to peel the group away from the fair before heading home.

As a result of their experience, the team decided that getting together regularly as a math club would be an excellent idea. Then they would have time to discuss the challenging problems not always found in the everyday classroom, which would greatly aid them for next year.

So, keep your eyes open for the latest news in math . . . a math club may be forming in YOUR area!