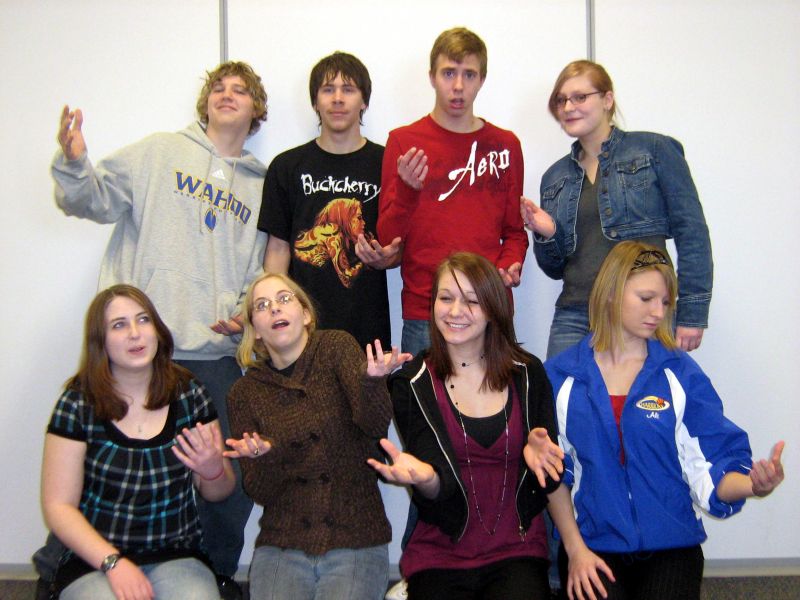 Curran, Wahoo’s defending champion, will represent Wahoo at the regional competition on March 1 at Omaha's Westside High School. Performers at the regional competition will recite three poems (Curran will recite “Annabel Lee” by Edgar Allan Poe, “O Captain! My Captain!” by Walt Whitman, and “Rough Music” by Deborah Digges), with the top finishers advancing to the State finals in Lincoln. 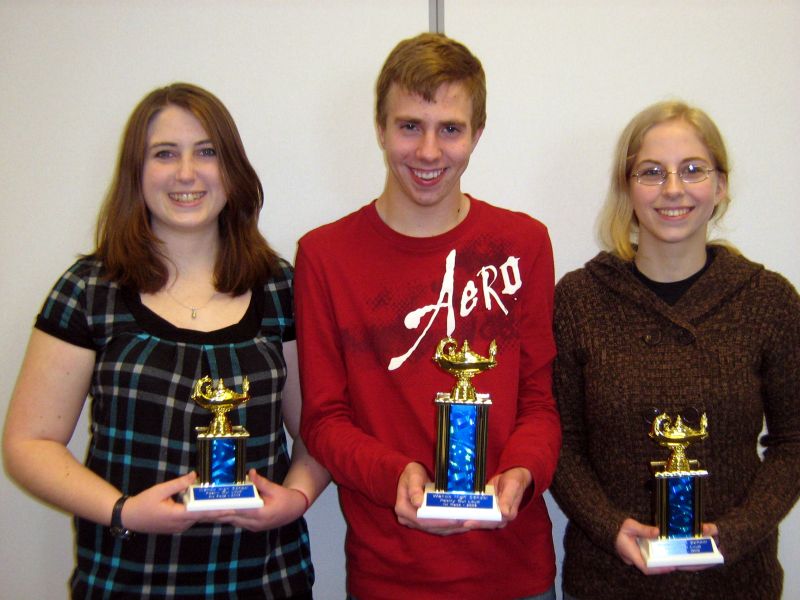 The Poetry Out Loud regional competition is free of charge and open to the public. Please click HERE to view the schedule of events for March 1. Doors open to the general public at 1:30 p.m., and the competition starts at 2:00 p.m.

Poetry Out Loud is a competition where students memorize and recite poems. Students are evaluated based upon their physical presence, voice and articulation, appropriateness of dramatization, level of difficulty, evidence of understanding, and overall performance. This year’s contest was judged by Mr. Privett, Mrs. Heine, and Mrs. Reece.

Wahoo Poetry Out Loud Coordinator Larry Fangman said, “The closeness of this year’s competition was shown in the final scores earned by the top three students. In the finals, Eric Curran scored 278 out of a possible 282 points. Melissa Ford, the runner-up, tallied 275 points, while Ashley Jordan, the third place finisher (and last year’s runner-up), ended up with 270 points. This was a razor thin margin between the top three. In addition, all the finalists gave strong performances, which made this year’s final, the third one held at Wahoo, the best one we’ve ever had.”