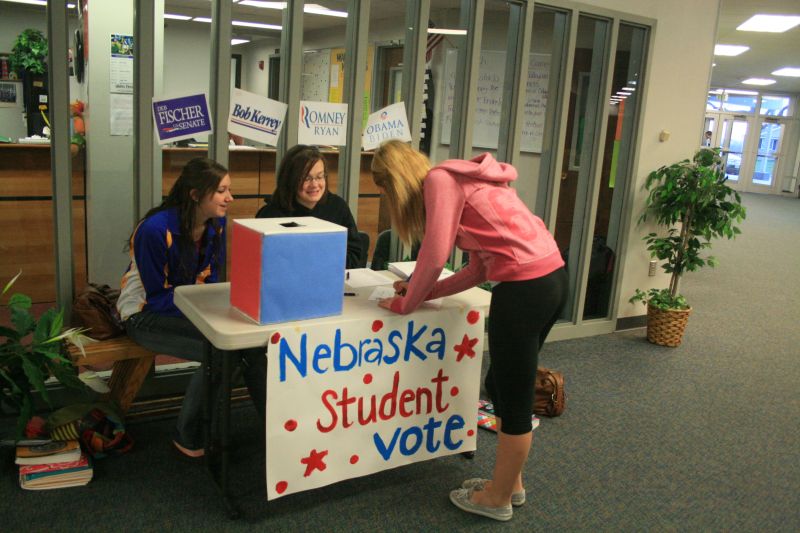 Republicans Have Edge in This Year's Mock Election

The Nebraska Student Vote is a mock election, where students have the opportunity to vote for United States Senate, United States House of Representatives, and the President. Schools from across the state participated in the event, including Wahoo High School and Wahoo Middle School. The WHS Student Council organized and ran the event at the high school.

Throughout the day on Tuesday, October 30, all high school students had the opportunity to vote in the election. Wahoo High School students turned out in large numbers to vote. Out of 270 total students in the school, 160 voted, which accounted for a 60 percent voter turnout! Voter turnout likely would have been higher, but many students were absent for a field trip.

The results of this election were reported to the Wahoo Newspaper and the Secretary of State's Office, where they will be published statewide. To see the results, log on to http://www.nestudentvote.com. The Wahoo High School results are posted below.