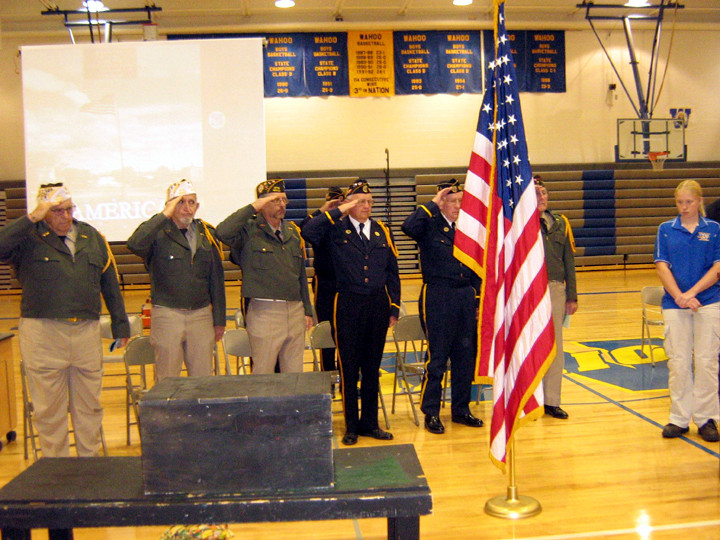 Local veterans were honored by Nebraska Attorney General Jon Bruning as he spoke during this year's Wahoo High School Veterans Day Program, held on November 10 at 10:00 a.m. in the WHS gymnasium. 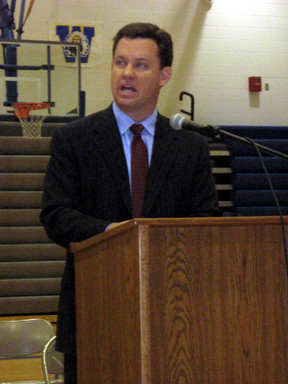 Bruning gave an inspiring speech about how important it is to honor the men and women who have fought, continue to fight, and those who have died fighting for our freedoms. 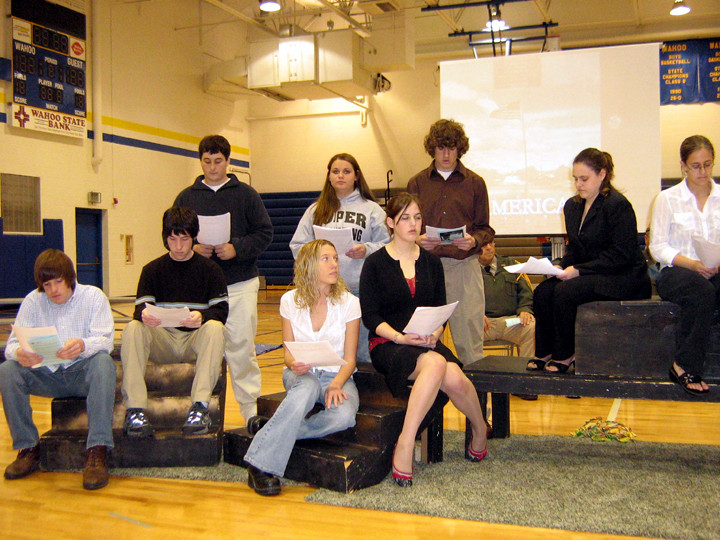 Having only one day a year to recognize all the people who have fought for America's freedoms hardly seems enough, leaving some to wonder what more they can do to honor these heroes.

"Our duty is to honor those who died by living our freedoms to the fullest and with passion," Bruning commented. "The most important way to honor our veterans is through action and involvement. Veterans, we are grateful for what you have done. May we honor you through our own civic actions."

Veterans are not only soldiers, but also heroes.

"A hero is an ordinary individual who finds strength to persevere in spite of overwhelming obstacles," Jelinek stated in her student reading.

After Borreson and Chris Clark closed the ceremony with an echoed performance of Taps, the assembled Colors were retired.