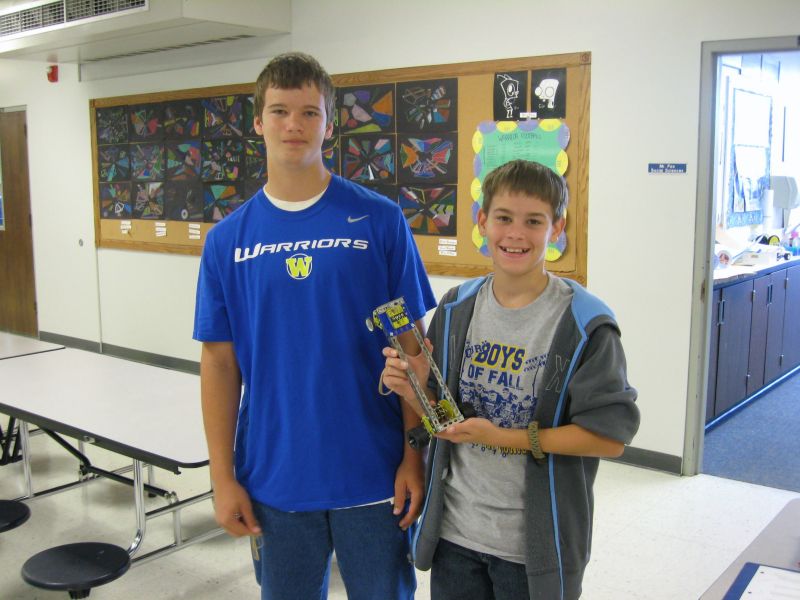 The freshman science students were recently met with a great challenge: They needed to design and develop a car that was powered by only a rubber band. 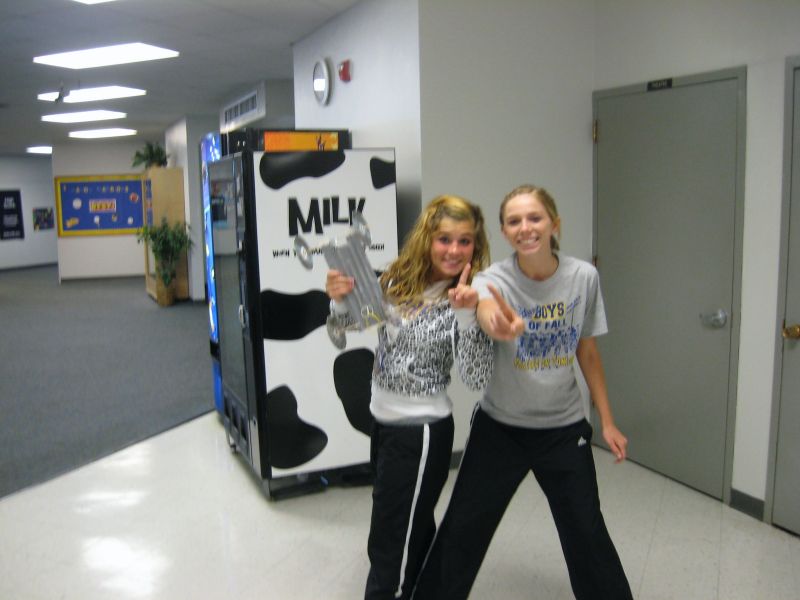 Launch the media gallery 2 player
Kelsi Anderson & Shauna Tweedy
The students worked in groups of two, while they attempted to design a car that had to have at least 3 wheels and be powered by only one rubber band.

On October 8 the students revealed their cars and had the opportunity to race them to see how far they would go. There some very interesting designs entered into the event on Friday. Students were graded on how far the car traveled and on how well they could explain the science behind what made the car move. 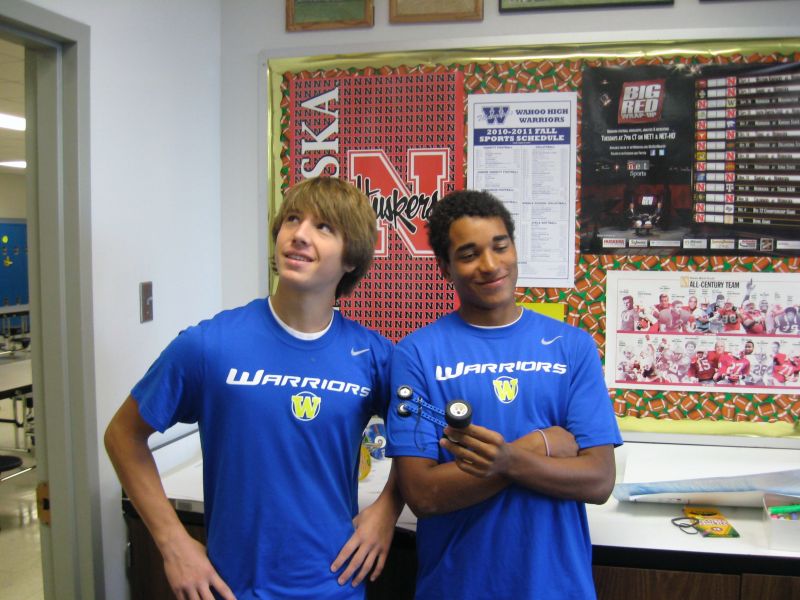 
For the first period class, Josh Langemeier and Jacob Wirka had the winning car design. After making a few modifications their car traveled 3.55 meters for the best effort in that section of General Science.

The second period class had some serious science going on, as Josiah Jorgenson and Seth Lindgren claimed the winning car with a distance of 12.25 meters. Josiah and Seth had a solid design that tested out really well in a field that was very competitive. In the second period class, over half of the class had cars that traveled over 5 meters, which earned those entries an “A”.

The third period class had some great efforts, as well. Kelsi Anderson and Shauna Tweedy designed the winning car. Their car traveled a distance of 11.1 meters. Rachel Stratman and Michaela Miller finished a close second with a design that went 8.4 meters.

The freshman science students seemed to rise to the challenge on race day this year. This project has been part of the science curriculum for four years now, and this year had some of the most innovative designs that we have seen in those four years. All students should be commended for their efforts with this year’s challenge.