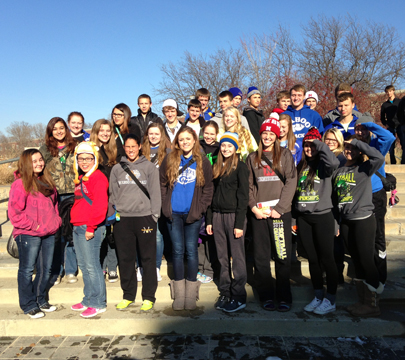 Students compete against 1,500 from across Nebraska

After arriving, Nuckolls and Libal waited in anticipation as the students disappeared for an hour to take the first round of testing. With over 1,500 students from across Nebraska competing for the top 40 scores that would advance them to the second round of testing, it was a challenge like no other the students had encountered.

Students wait patiently in the UNL Coliseum for the competition to begin. 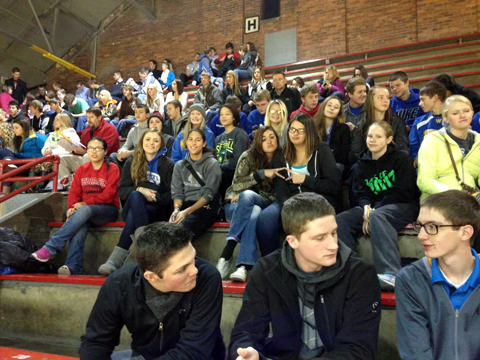 Launch the media gallery 2 player
Students wait patiently in the UNL Coliseum for the competition to begin.
The second round of testing was comprised of the top 40 scores from the first test, where then the 10 best scores would land the students a scholarship ranging from $2,000-$8,000. Although our students did not advance to the next round, their performance was very impressive and many students were surprised how well they did.

After allowing their brains to recover from their testing, the students moved on to the QUIZ BOWL part of the day. Emma Hastings, Caleb Groff, Corby Brigham, Jack Maass, Caleb McGill and Tyler Timm took turns competing on a three-person panel against other schools.

Students prepare for the first round of testing at the annual UNL Math Day competition. 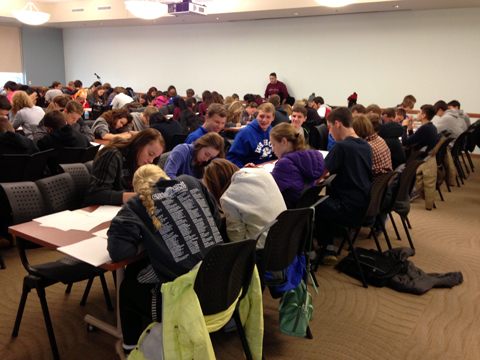 Launch the media gallery 3 player
Students prepare for the first round of testing at the annual UNL Math Day competition.

While the rest of the students watched in quiet anticipation, the three-person team was under pressure to be the first to buzz in with the correct answer each time a math question was read. Because there was very limited time given to answer each question, the players had to work quickly to calculate their answers and buzz in before the other team.

It was nerve-racking for both bystanders and team players! The team made it two rounds and was eliminated, but not before rallying the team players to make a comeback for next year’s competition.

The students then headed to lunch in the main cafeteria of the campus, where they had the opportunity to meet past Wahoo alumni such as Ashley Brandt, Kelsey Anderson, Evann Vrana, and others. Then they headed back to the Student Union where they met many of the campus departments that were hosting a math and science fair.

Students won prizes for answering math questions, got to take a ride on a vacuum powered mobile that lifted them off the floor and floated them across the room, challenged themselves to brain puzzles, were startled by the Physics Department explosions, and experienced the simulation of a tornado.

It was a memorable experience that we plan to make again next year at the 26th annual Math Day Event at UNL. Look for opportunities next November to join us!