This year’s stock market t-shirt displays a bull and bear on a teeter-totter. This could not be more fitting for the Spring 2017-2018 Stock Market Game, as the stock market was very volatile . . . up one day and down the next. This made for a very challenging game for students!

Each team was given $100,000 in play money to invest in stocks, bonds, and mutual funds from January 16 through April 13, 2018. There are a few rules with the game: 1) a stock must be priced at $3 or more, 2) students must buy a minimum of ten shares in a company, and 3) they must trade at least five times during the game. Mrs. Barb Shanahan, WHS business economics instructor, also added the requirement that they must invest in one mutual fund and one bond.

“We had one team that was in first place for a few weeks, and others that were close to the top, but then toward the end of the game, their stocks went down,” Shanahan commented. “Tesla was a big loser for many of our teams. Two of the best performing stocks for our teams were Netflix and Amazon.”

The winning Nebraska team had a valuation of $109,378.14 at the end of the game. This is considerably lower than past semesters. Wahoo’s highest placing team consisted of Karson Hesser, Joe Scanlon, Vanis Davidson, and Trevin Luben, who placed 10th out of 354 teams with a valuation of $103,587.41. 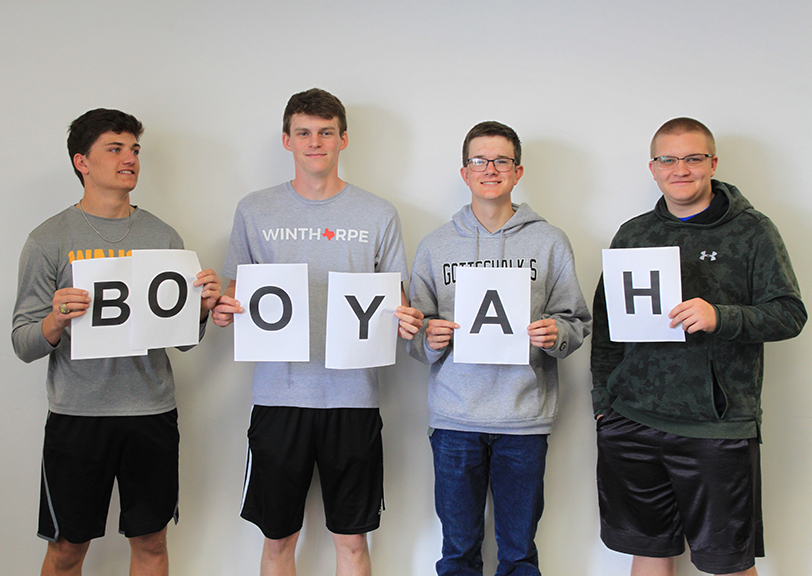 “I enjoyed it a lot. Titan was a good buy for us,” Hesser said. When asked if he would ever personally invest in the stock market, he replied, “yes, in mutual funds.”

Wahoo’s Zac Lamprecht created the winning design for the 2017-2018 Stock Market Game t-shirt. For winning, he was invited to attend the annual Banquet of Champions at the UNL Alumni Champions Club. He received $50 for his efforts, and everyone at the banquet went home with a t-shirt sporting his design.

“Through the Stock Market Game students became familiar with new financial terms, how the stock market operates, and the risk involved with investing in the market. We had a lot of outside influences on the market during these three months, so it was good for the students to be able to see first hand how these affect the market and stock prices,” Shanahan stated. 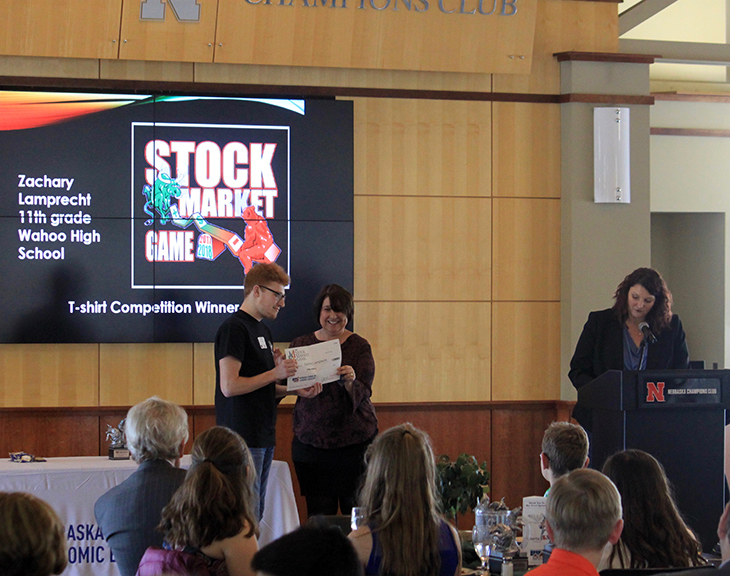 Lamprecht is shown receiving his award at the 2018 Banquet of Champions on April 25, as his winning design is projected on the screen. 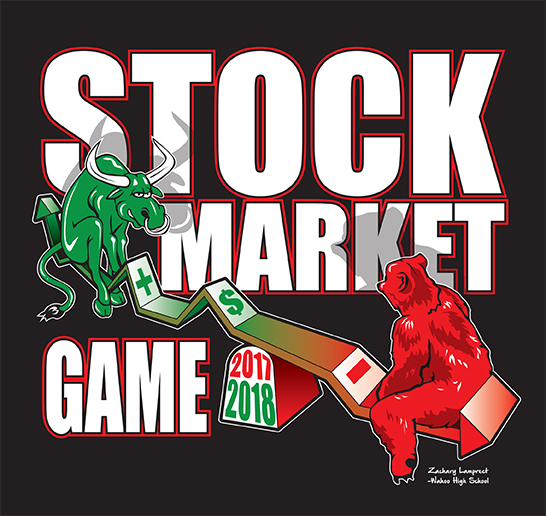