WHS junior one of 55 selected from across Nebraska

That's a daunting task, and many citizens likely aren't familiar with what such a job description entails.

To further educate Nebraska's teens on how state government operates, and to solicit their ideas on solutions to issues facing the state, the AG's office hosts its annual Attorney General's Youth Conference.

WHS junior Corby Brigham was one of 55 students chosen from across Nebraska to attend the 2016 Conference on Tuesday, April 12.

The conference was held at the State Capitol in Lincoln.

Each year, a select number of high school juniors from across the state are selected for this event. Conference participants join in discussion forums with some of Nebraska’s top elected officials, listen to oral arguments, meet a Department of Corrections warden, tour the Nebraska State Capitol, and eat lunch at the Governor’s Residence.

"Overall it was a neat experience to be a part of a selective group and to be not only be given the opportunity to learn more about the Attorney General's office, but also about how the state government works as a whole," Brigham stated.

Brigham added that the most eye opening part of the conference for him was when the group participated in oral arguments.

"I saw how the different regions of the state view different topics and issues, and I learned a great deal of knowledge from the speakers and by the questions asked!"

Brigham was chaperoned to the youth conference by WHS Principal Jason Libal.

"It was a pleasure and honor to attend the 2016 Nebraska Attorney General's Youth Day with Corby," Libal commented. "Corby continues to be an outstanding representative of Wahoo High School, and this event was no different. Corby competed with the best juniors across the state of Nebraska for this tremendous honor. His selection is indicative of the tremendous job Corby has done in and outside of school, and also to the type of individual that he is."

Congratulations Corby on being selected for this honor! 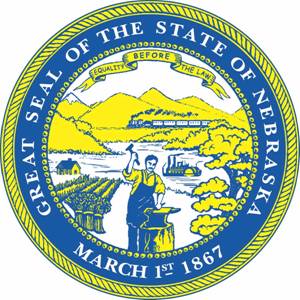