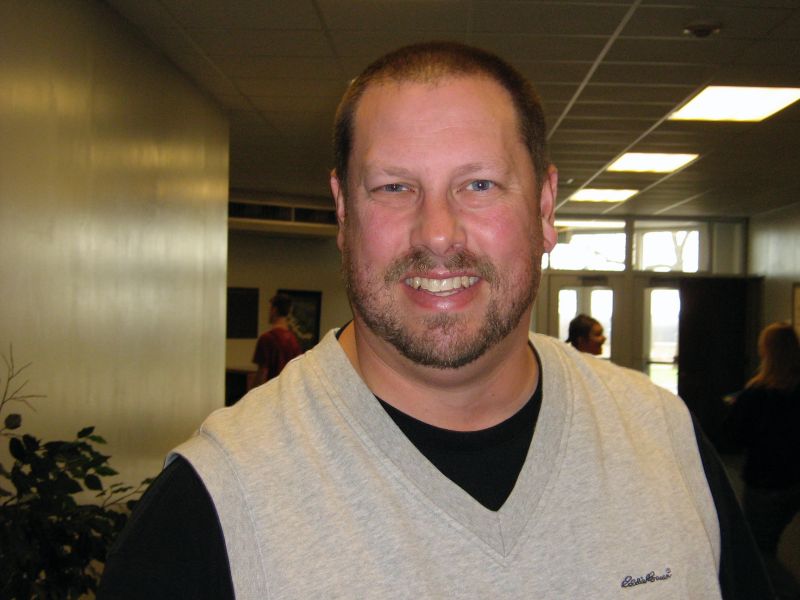 Congratulations to our own Mr. Arent, who is this year's recipient of the 2009 NMEA Outstanding Administrators Award.

Each year the Nebraska Music Education Association gives an award to an administrator who has shown commitment and dedication to Music Education. This year Mr. Arent will be given this award at the NMEA banquet on November 19 at the Cornhusker Hotel In Lincoln.

Letters were written on Mr. Arent's behalf stating the many things he does to support our school music program. For instance, you will see Mr. Arent at almost every middle school and high school concert and musical. On more than one occasion, he has served as a sponsor for music contests and trips. He encourages students to be involved in the music program, and takes the time to help them fit music into their schedules. He works to make sure the schedule enables as many students as possible to take music classes, and works to avoid scheduling conflicts.

One of the first things he did when he first came to Wahoo High School was move band to 1st period. He knew that band teachers usually rehearsed before school, and that having that consecutive time would be very valuable. Last year when a van full of band instruments and equipment would not start at 6:00 in the morning, Mr. Arent was there helping load the equipment to a different van.

Adding to the list is his willingness to make sure that the music department has the tools needed for success. Recently, the music department has been equipped with new posture chairs specifically for music students, mirrors in the vocal music room, conductor stands for both the choir and band rooms, and new platforms for staging. You will also find Mr. Arent at music booster meetings where he is always willing to provide suggestions and support for the organization. He also shows his support in small ways such as letting students know they have done a good job after a concert, providing encouragement, or stopping by show choir rehearsal on a Sunday night to just say hello to the students and see how things are going.

These are just a few of the many things Mr. Arent has done to support music education. With his support, as well as the support of all of our administrators, our music programs have seen huge growth and success. With all this being said, it is easy to see that Mr. Arent is very deserving of this award.