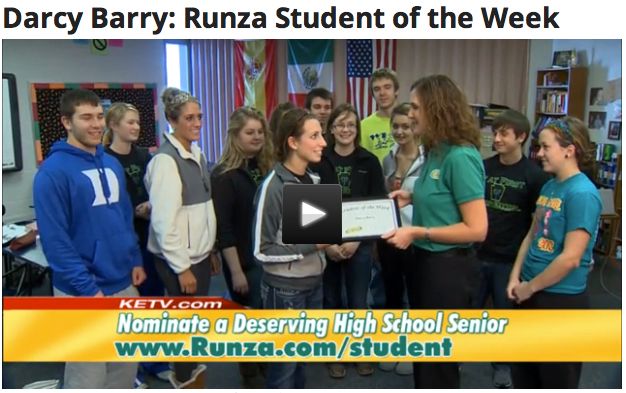 Congratulations to WHS Senior Darcy Barry for being named the Runza Student of the Week for Jan. 27-Feb. 2, 2013!

Barry was recognized for her academic and athletic achievements. She has a 3.95 grade point average, is vice president of the National Honor Society and is involved in many extra-curricular activities, including Student Council, Future Business Leaders of America (FBLA), and 4-H. Barry is also a three-sport athlete.

Barry received a plaque and a $500 college scholarship for her excellence in the classroom and school activities. She is the daughter of Michael and Deb Barry of Wahoo.

The video below was featured on the Channel 7 KETV news broadcast on Sunday night, Jan. 27.

Congratulations Darcy on this honor!