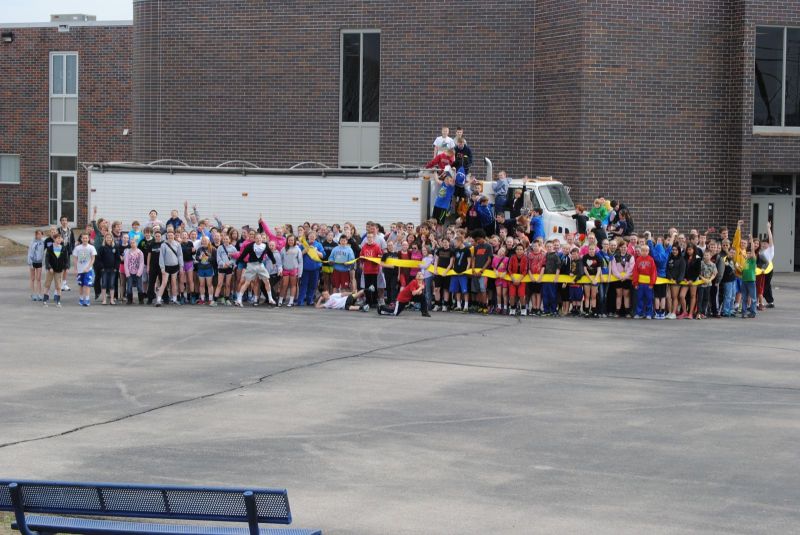 That quote was never more clear than on April 5, 2013 at Wahoo Middle School. 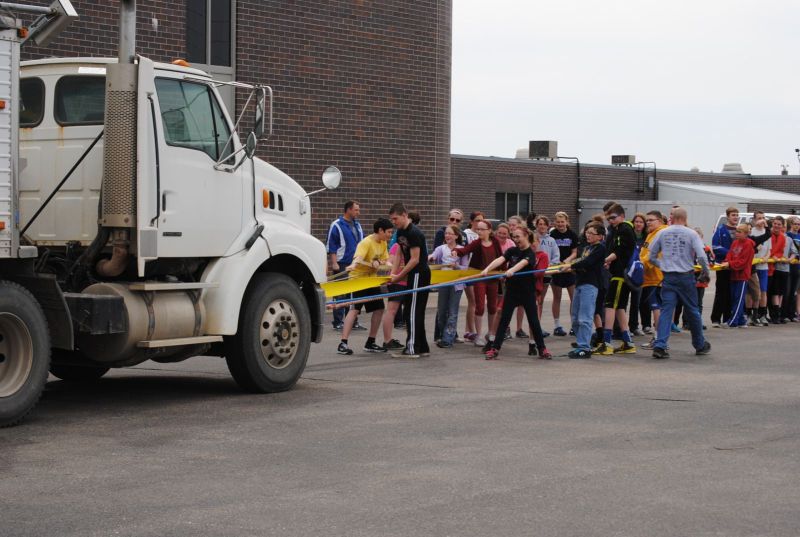 Launch the media gallery 2 player
Students and staff met in the school's commons area to discuss the details of the upcoming NeSA reading, math and science tests. The tests are designed to measure the academic progress shown by an individual student, but also measures the progress made in an academic year by a school district in each of the curricular areas.

Wanting to impress upon the students the importance of every student doing his/her best, as well as show the value of working together to achieve a strong school score, Wahoo Middle School Principal John Harris decided to make the lesson a participatory one. 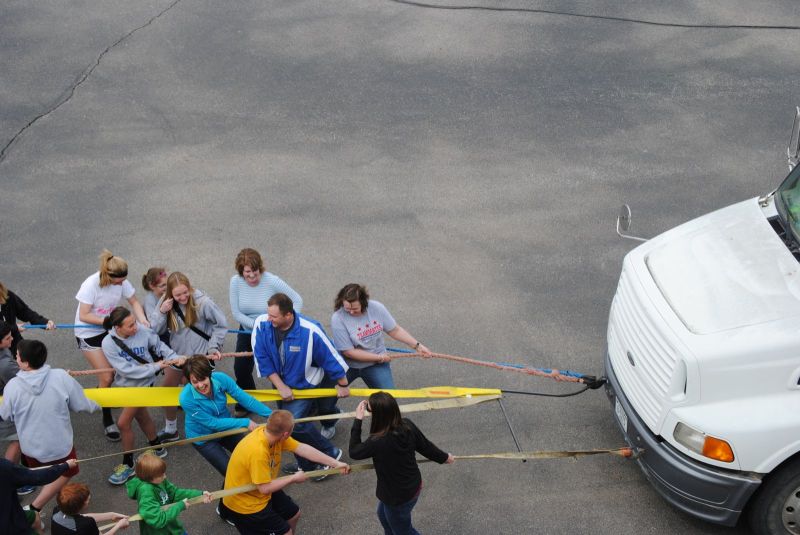 
He contacted area farmer Kenny Pestal, who agreed to provide a semi tractor-trailer that the middle school students could try to pull.

Students were a bit skeptical of their ability to move a 23,000 pound vehicle at first. Whispers of, "There's no way" could be heard as the students headed out to the school's blacktop area and saw the enormous task in front of them.

Once safety rules were discussed and students and staff from each of the sixth, seventh and eighth grades were selected to pull, the event began. The 45-person team was required to pull the truck 90 feet, to symbolize the reading proficiency target that the middle school is striving for this year.

Thoughts of doubt and concern were quickly erased as the "3-2-1" countdown ended and the pulling began.

"It is really easy!" one middle schooler shouted as the team pulled the load past the 90 foot mark.

The truck backed up and three more teams tried their luck at tackling the huge task. Even the staff alone formed a team and tried their luck; they were not able to budge the truck one inch!

Teacher Mike Bomar said afterward that, "This was a good reminder what NeSA is all about. It's not about one student scoring a 90 percent on a single test, but how a whole school needs to work together to achieve 90 percent proficiency on a given state test."

Wahoo Middle School strives to inspire our students to thrive! Student Will Shanahan agreed that the event was a success, saying, "It was hard, but it was fun!"