Children and animals – they go hand in hand. So when Wahoo Middle School 8th grader Courtney Jones proposed that her classmates help her raise money for a local pet shelter, she met with an overwhelmingly positive response from them. In a matter of a few weeks, the students raised $320 that was donated to the Saunders County Lost Pets (SCLP) pet rescue.

Jones created coin drop boxes for each middle school classroom. Each box was decorated with a picture of a dog currently housed at the rescue center and information about that animal. In addition, she made intercom announcements throughout the middle school reminding her classmates of the fund drive. She also planned with her teachers several fund raising activities that would stimulate interest in the cause. 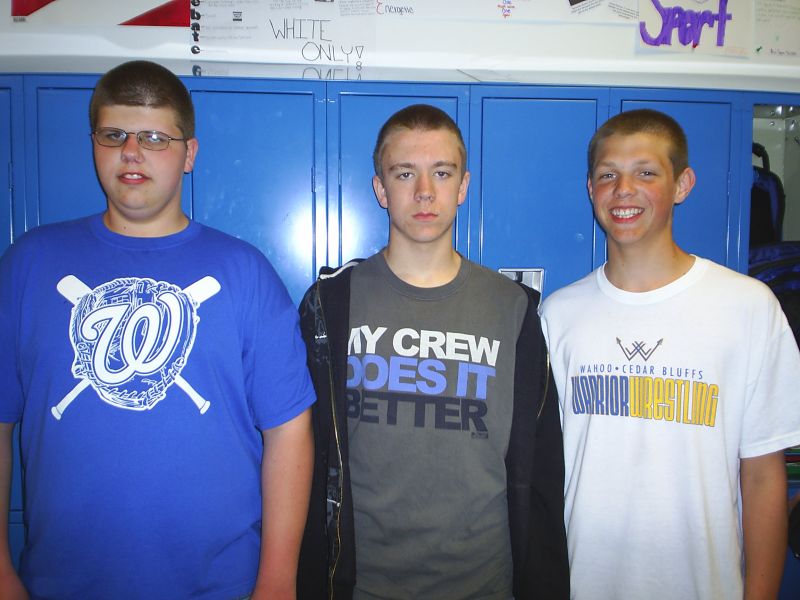 Launch the media gallery 3 player
Wahoo Middle School 8th grade students shaved their heads to raise money for Saunders County Lost Pets. Rod Patocka, Parker Nicholls and Mitch Shukis (l-r) helped the middle school raise 0.
Other students volunteered to help her coordinate the activities. One day, students were allowed to sit in a seat of their choice, provided that they donated one quarter to the pet rescue. Classmates Mitch Shukis, Parker Nicholls and Rod Patocka agreed to shave their heads if $60 was raised in a single day; over $96 was raised on that day alone!

Cupcakes and Mardi Gras beads were sold on St. Patrick’s Day, with the proceeds donated to the effort. Students were also allowed to choose, for a $1 donation, the men’s basketball team that they felt would win the NCAA March Madness tournament. Once the tournament concluded, a winner was chosen. Sixth grader Adam Campbell correctly picked North Carolina. For his efforts, Campbell was given a prize package that included a pizza donated by Pizza Hut and was allowed to be Wahoo Middle School’s “Principal for the Day” on April 22.

SCLP board president Debora Wilcox and other SCLP board members were presented with the fund-raising proceeds in a small celebration at Wahoo Middle School on April 21. 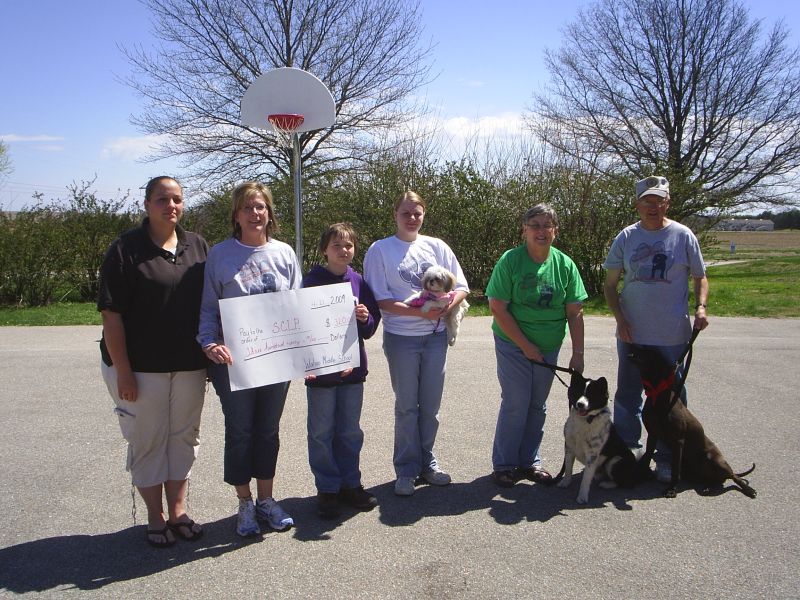 “I thank you for thinking of us at the pet rescue. The board members thank you and the animals thank you,” said a grateful Wilcox. Appropriately, Jones was holding her own dog, once a resident at the pet rescue, during the check presentation. All around were children, smiles and animals!