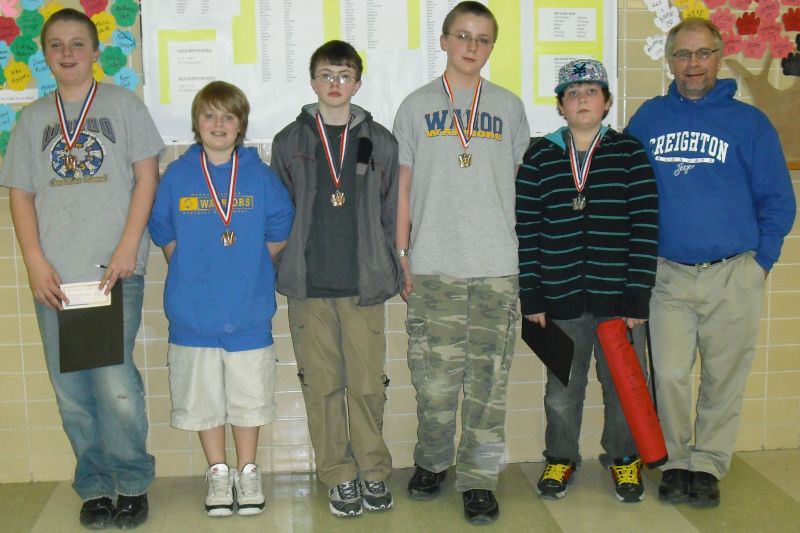 Wahoo placed second in the junior high division, which consisted of seventh and eighth grade students. Wahoo’s strong finish came despite not having any eighth grade players. All five Wahoo seventh graders placed in the top three in their section (each student was placed in a section of six to eight students), which allowed Wahoo to place in the team competition.