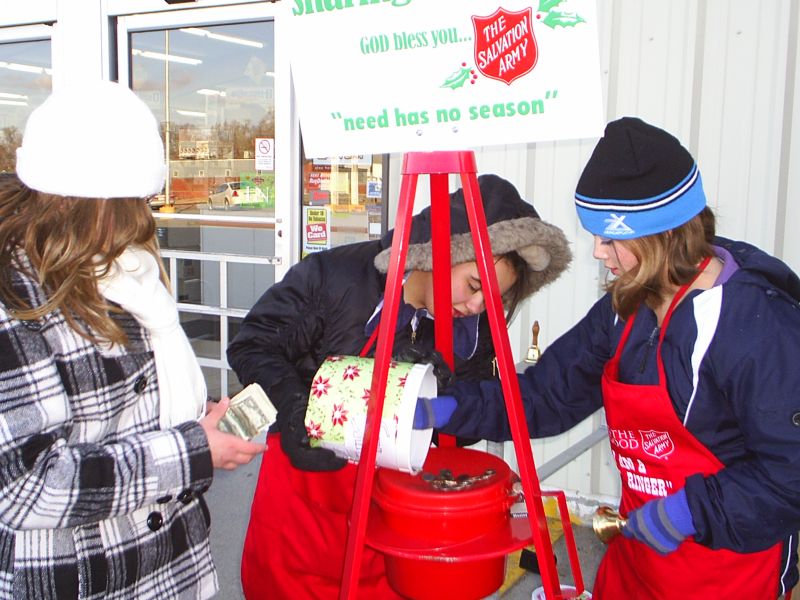 A group of Wahoo Middle School 8th graders recently helped ring bells at a local Wahoo store and raised a little extra cash for donating along the way.

One particular student learned a whole lot more about the power of giving.

WMS 8th grade student Rachel Hrdlicka wanted to help change people’s lives this holiday season. She suggested that her classmates join her in raising money to place in the Salvation Army kettles. She organized a school bake sale as well as a homeroom door-decorating contest and raised nearly $150. She also organized teams of classmates to ring bells at Wahoo Super grocery store on December 4. 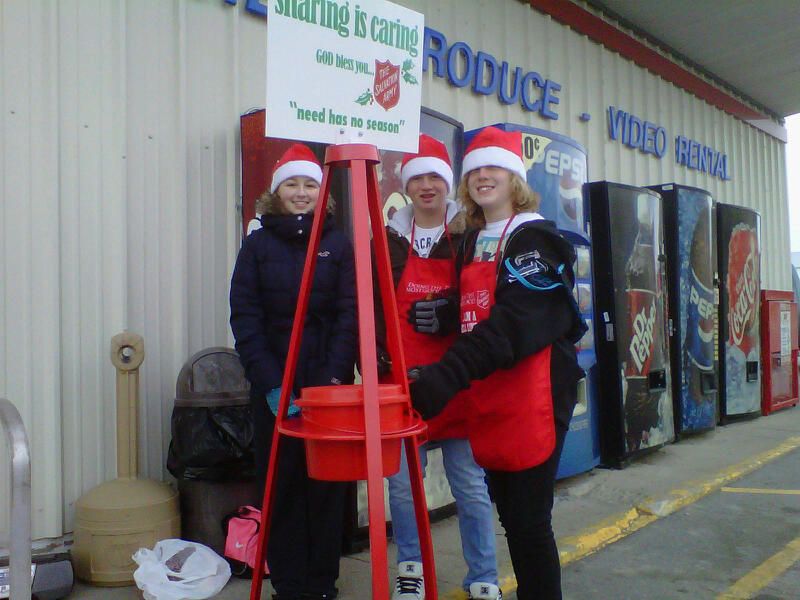 Launch the media gallery 2 player
Wahoo Middle School 8th graders (l-r) Janae Pearson, David Schlichte and Steven Tiedeman got into the Christmas spirit while ringing bells for the Salvation Army.
The teams braved chilly temperatures and a gusty wind while joyfully ringing bells, singing carols and dancing to holiday music. Pastor Don White, who helps organize the local Army bell ringers, reported that the group’s efforts and monetary donation helped in raising the second largest amount of money in Wahoo for one weekend.

The red kettle tradition got its start in 1891. Captain Joseph McFee, a Salvation Army officer, came up with a unique way to raise funds for a Christmas dinner for the poor in San Francisco, CA. He put a pot at the Oakland ferry landing asking for donations.

Rachel Hrdlicka understands what both Mr. Booth and Mr. McFee must have felt like.

“Being a leader isn’t always an easy job,” the 8th grader revealed. “I was worried about whether my decisions were going to be right or wrong.”

In the end, though, she said that the hard work was worth it.

“We helped a lot of people and I look forward to doing it again next year,” she added.