Wahoo Public students will have a great opportunity to learn from Dr. Paul Sutton about the benefits of weight training.

Those students who participate in the district’s Strength and Fitness classes will see Dr. Sutton on Tuesday, March 15 and Thursday, March 17. Dr. Sutton will use his medical and chiropractic backgrounds and teach the science behind weight training and how muscles develop, grow, and strengthen based off a variety of functional movements.

Another portion of his seminar will include demonstrations of proper mechanics of core and auxiliary lifts used in the Wahoo Public weight-training program.

Dr. Sutton is a chiropractor at the Saunders County Chiropractic & Acupuncture Clinic in downtown Wahoo, and is a 2004 Wahoo High School graduate.

During his time at Wahoo Public Schools, he excelled in the classroom and as a three-sport athlete. Dr. Sutton went to the University of Kearney, where he majored in Exercise Science. While at UNK, Dr. Sutton was also a member of the wrestling team. After graduating from UNK, he attended Cleveland Chiropractic College in Kansas City. 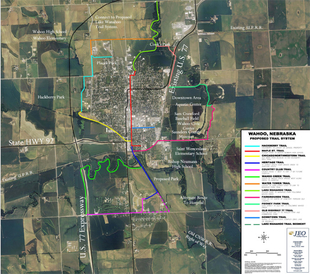 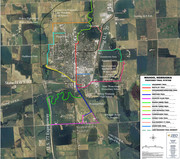 Proposal seeks to construct trails in & around Wahoo

Wahoo Public Schools has partnered with Saunders Medical Center , Lincoln Orthopaedic Center , and Bryan LGH to install a full time athletic trainer at the district.   WPS has enjoyed a long-standing relationship with Nebraska . . .

WHS PE Teachers Warm the Bench for a Day

Why Strength Training is a Must for Everyone 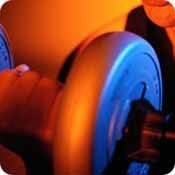 Think you're too old to start a strength training program? Well think again! Strength training is just what older bodies, even very old or frail ones, need to fight the loss of muscle and bone mass and strength. Does the idea of . . .