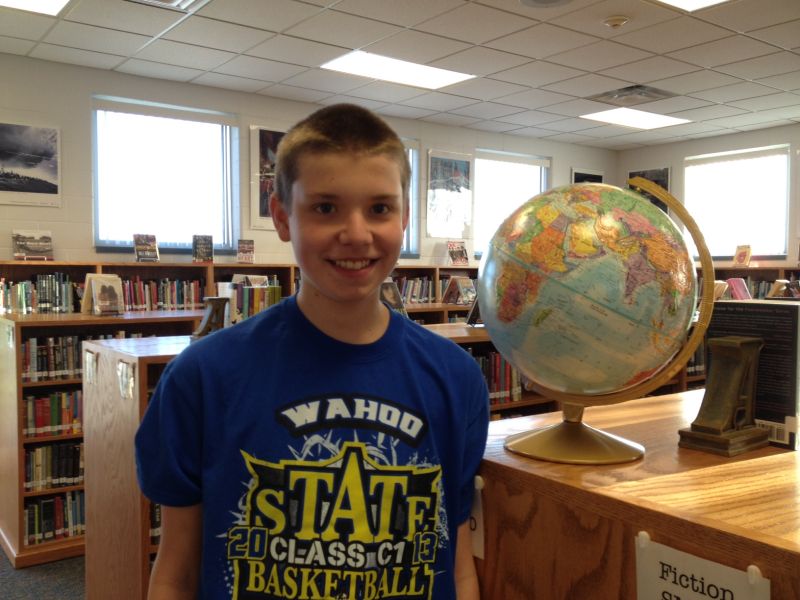 This is the 25th anniversary of the Bee. Bees were held in schools with fourth- through eighth-grade students throughout the state to determine each school’s Bee winner. School-level winners then took a qualifying test, which they submitted to the National Geographic Society. In each of the 50 states, as well as the District of Columbia, the Department of Defense Dependents Schools, and the U.S. territories, the National Geographic Society invited the students with the top 100 scores to compete at the state level.

The 2013 Nebraska National Geographic Bee will be held in the Milo Bail Student Center on the campus of the University of Nebraska at Omaha on Friday, April 5, 2013.

The first-place national winner will receive a $25,000 college scholarship and lifetime membership in the Society. The national winner will also travel (along with one parent or guardian), all expenses paid, to the Galapagos Islands. The winner will experience geography firsthand through up-close encounters with the wildlife and landscape of Galapagos. Travel for the trip is provided by Lindblad Expeditions and National Geographic.