Last week, 4th graders at Wahoo Elementary demonstrated their understanding of how major and minor keys can evoke feelings and mood in music by creating their own puppet shows!

Students were divided into groups and each group randomly selected two cards: one card that gave them a story prompt that they had to finish, and one card that told them whether the song they had to select to accompany the story should be in a major or minor key.

Students finished the story prompt with the tonality of the song in mind.

Puppet shows were performed live in class, proving without a doubt that students that the lesson's objective had been achieved!

"I was very impressed at the amount of creativity and teamwork within each group!" commented Wahoo Elementary Music Teacher Melissa Smith. "Not only were they able to display major and minor emotions through their stories, but it was a fun and great way for them to watch and perform for their peers!" 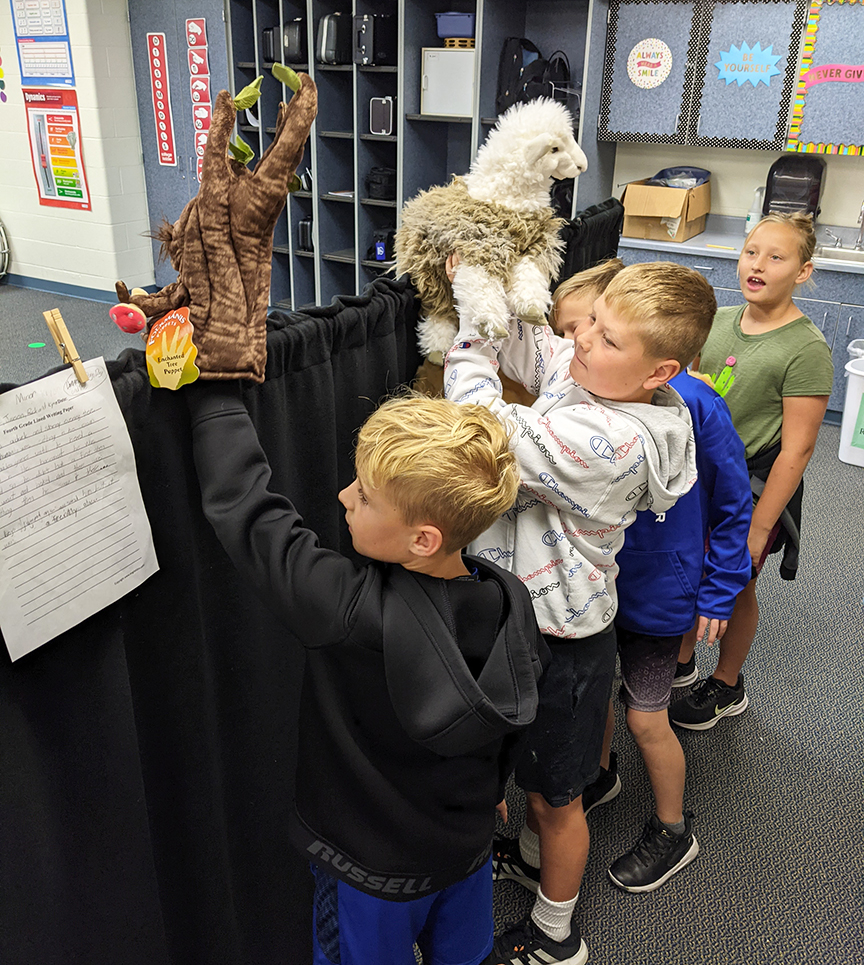 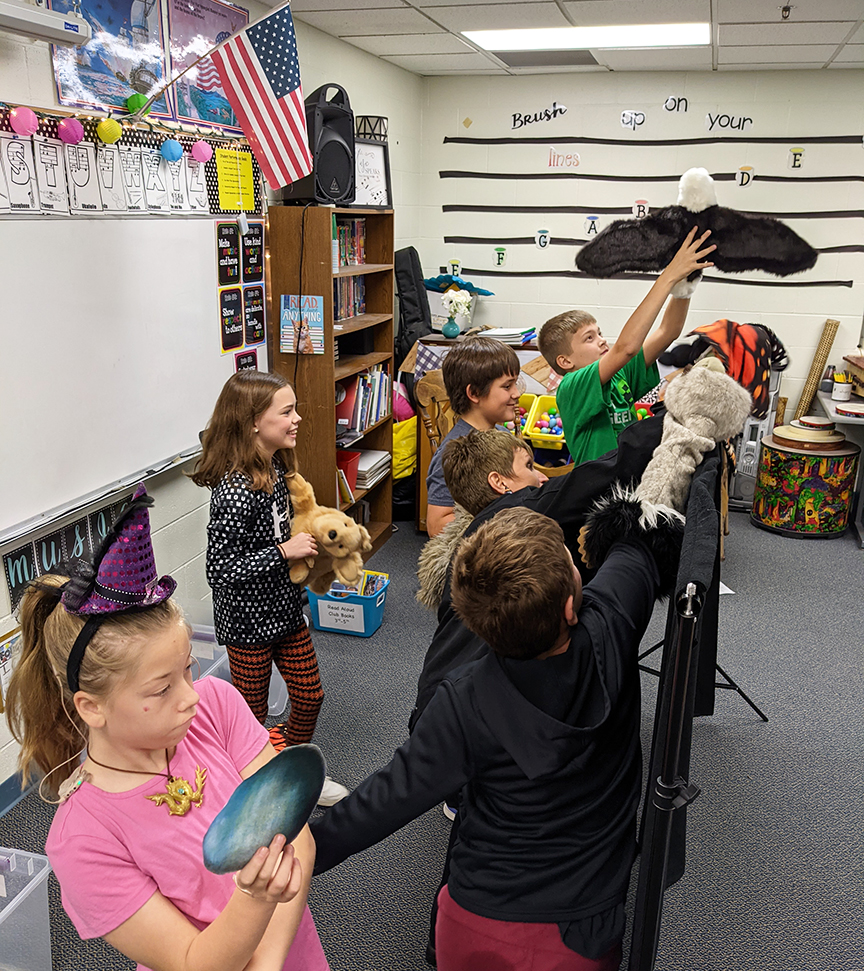 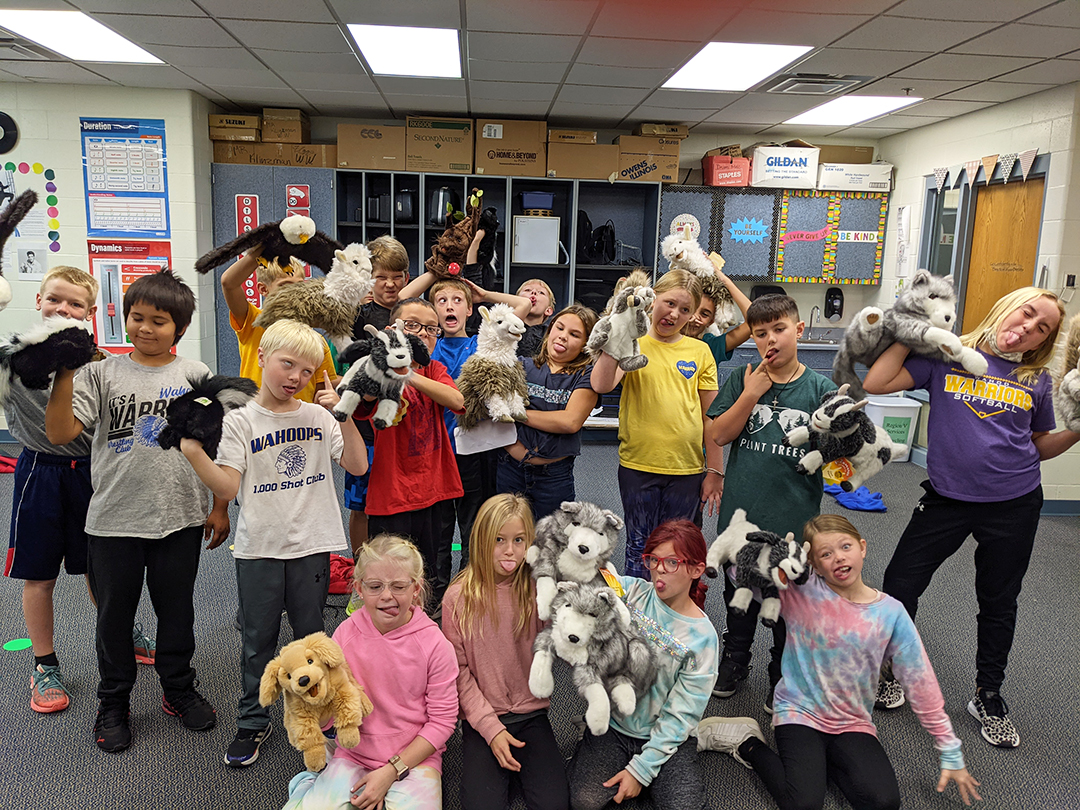 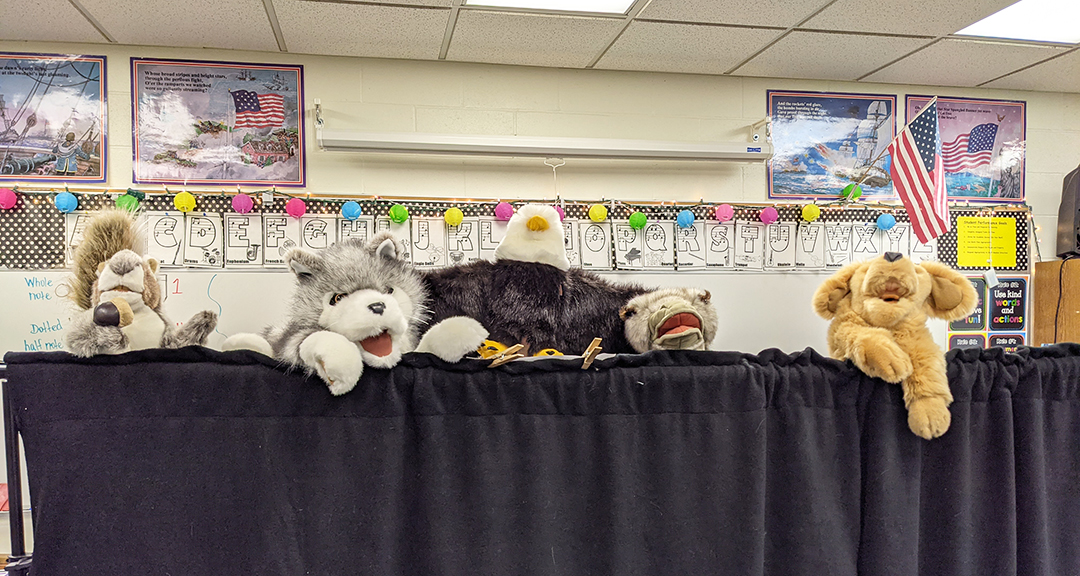 Off the cuff, being accused of having a bubble gum brain may sound a bit insulting, but for Mrs. Andrea Beaver’s kindergarten students, it’s a welcomed compliment, and the expectation. Mrs. Beaver’s class has been . . .

In nature, everybody is somebody's lunch! Fifth grade science students have been studying ecosystems, food chains, food webs, and energy pyramids in class. Recently they had the opportunity to participate in a . . .

Is this a carnivore or herbivore? Look at those teeth! That was just one of the questions that students tried to answer this past Monday, when Wahoo Elementary third graders virtually traveled back in time to evaluate animal . . .

Before Husker Power, the state of Nebraska had Tusker Power! Wahoo Elementary third grade classes had the privilege to engage in a virtual field trip with the University of Nebraska State Museum of Natural History ( Morrill Hall ) . . . 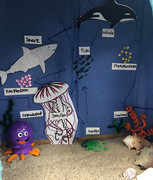 Students in 4th grade are currently learning about Energy and Ecosystems. To take it a step further, students were asked to make an Ecosystem Diorama showing how an ecosystem works. Students had to design an ecosystem of their choice, . . .

What started out as a writing assignment turned into a real-life experience recently for the 5th graders in Mrs. Rezac’s class.  The assignment? Students were asked to write an opinion essay using the following prompt: . . .

Saunders Co. Extension Educators visit with third graders on importance of recycling and protecting the environment

Reduce, reuse, recycle! We hear these words all the time, but what does it have to do with us? On Feb. 7, the third graders at Wahoo Elementary School had the opportunity to explore many conservation tips. With help from the Saunders . . . 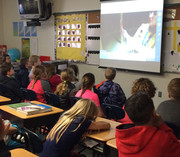 On Monday, March 6, the 4 th Grade classes at Wahoo Elementary took part in a virtual field trip of the Durham Museum in Omaha, NE.  The web-based field trip lasted about 45 minutes. The videoconference began with a discussion . . . 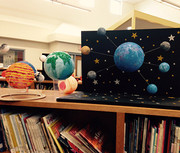 The 4th grade classes recently completed a unit on Space. They all completed a report on a given planet, and were then asked to create a three D model of their planet. The response was amazing! There was a great deal of work that went into . . .

Dwight Hanson talks about his volunteer experiences in Uganda

Have you ever wondered what it would be like to visit Africa? The third grade students of Wahoo Elementary got a taste of the African culture on Monday, Feb. 1, when Dwight Hanson visited their classes to share his experiences in . . .

Students Experience History Beyond the Textbook

On Wednesday, February 6, Mike Dunn, the custodian, history major, and Revolutionary War re-enactor, spoke in character to the 5th graders about being a 58-year-old man in the militia during the Revolutionary War.  Dunn explained . . . 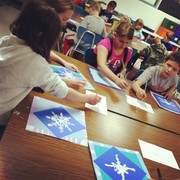 Each of the 84 third grade students at Wahoo Elementary created a unique snowflake that is on display this month at the Wahoo Library. As part of their reading curriculum, third graders read the book Snowflake Bentley by Jacqueline . . .

5th grade students at Wahoo Elementary will help residents, employees, and visitors at South Haven Living Center in Wahoo celebrate National Nursing Homes Week this year. The theme of the celebration this year is “Family Game . . .

Amy Bruce, mother of 5th grader Savannah Bruce, recently spoke to all fifth grades about her trips to Haiti.   Bruce's first trip to Haiti was with a church group when she was 17. Most recently, she traveled to Haiti with a . . .

On Tuesday November 23, the 5th graders at Wahoo Elementary welcomed CW3 Michael Harrell to speak about his experiences and duties performed while serving in Afghanistan. CW3 Harrell explained to the kids the details of guarding a . . .

Wahoo Elementary fifth grade students experienced drawing from a new angle last week. Students were introduced to examples of artwork from Ashcan School artist George Bellows (1882-1925). His depictions of American life from the 10’s and . . .

Students Skype with Other Students in St. Joseph, MO

March is Youth Art Month in Nebraska! To celebrate, Wahoo Elementary students have been displaying their artwork for the public. Two students, fifth grader Matt Dobesh and fourth grader Madilyn Larsen, were chosen to participate in a . . .

Mrs. Pearsonʼs reading group has just finished reading the novel Castle in the Attic by Elizabeth Winthrop.  It tells the tale of William, who receives a beautiful castle from his housekeeper. Even though William is sad sheʼs . . .

Wahoo 5th Graders Use Skype to Experience a Foreign Culture

Students in Mrs. Verna Rezac’s fifth grade class recently had the chance to mix technology and world studies.   Rezac’s husband went to Mali, Africa, with a group of men from their church to do construction. While he was there he . . .

Fourth and fifth grade students recently had the chance to learn about the Orphan Train in a school assembly.  The Orphan Train was a social experiment that transported children from crowded coastal cities of the United States to . . .

Wahoo's 5th Graders Get Up Close and Personal with Anatomy

Students in Mr. Iversen and Mrs. Rezac's fifth grade classes recently completed an optics unit in science class. Students learned about many kinds of eyes: simple (the kind that worms have), compound (the kind bugs have), and of . . .

UNMC Staff Offers Hands-On Proof of the Dangers of Tobacco

Smoking cigarettes? A 10-year-old? According to a nationwide survey conducted by tobaccofreekids.org , 13 percent of eighth graders had reported trying smoking by the fifth grade. If only someone would take the initiative to . . .

Students Communicate with Classroom in Thailand

Students in Mrs. Nancy Teetor's 5th grade are e-mail pen pals with 5th graders at Wat Get Pra Pa School in Lum Luka, Thailand.  Their American teacher, Vic Plessner, who is teaching them English, thought it might help if . . .

“What kinds of clowns are there?” “How long does it take to put the paint on?” “What does a clown do?” These are some of the questions that fifth graders in Mrs. Nancy Teetor’s class asked during their study of clowns. After . . .