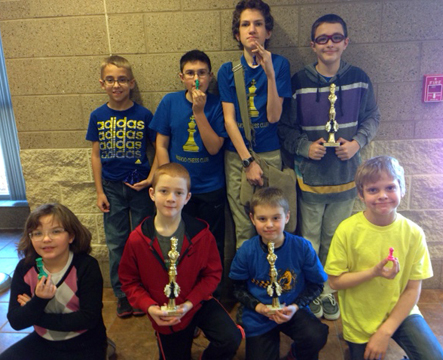 The Wahoo Elementary Chess Club students made the most of their first meet of the year by capturing one second place trophy and two third place trophies at the Jan. 17 North American Martyrs’ meet in Lincoln.

Players are grouped into sections of eight to ten players in beginner, novice, or experienced classes.

“It was great to see so many students having success and fun in their first tournament,” said Wahoo Chess Club Sponsor Larry Fangman.

The next meet for the high school chess club is Jan. 24 at a United States Chess Federation (USCF) meet at the University of Nebraska at Omaha. The elementary and middle school club members will compete at St. Patricks in Elkhorn on Jan. 31.