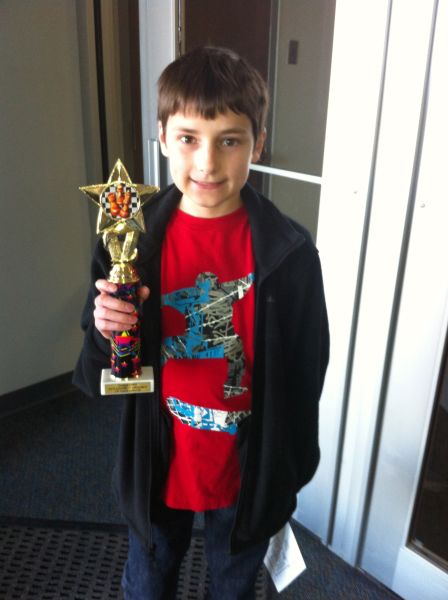 Both participated in a tournament on Saturday, January 14 at the University of Nebraska at Omaha.

“Cole and Caleb have been serious about playing chess, so I decided to enter them as a starting point and see how it went,” said Wahoo Chess Club Sponsor Larry Fangman.

The United States Chess Federation is the official, not-for-profit U.S. membership organization for chess players and chess supporters of all ages and strengths, from beginners to Grandmasters.

USCF ratings allow chess players across the world to compare their skill level to other players—both in the past and present. For example, United States chess legend Bobby Fischer, at his peak, had a USCF rating of 2810.

Since the meet at UNO was their first meet, Groff and Talbert entered as unrated players. Groff finished in first place in the unrated class. Based upon the rating of the players he defeated, Talbert’s rating is now at 632. This number will increase and decrease in the future as he defeats or loses to higher or lower-rated opponents.

Talbert won two matches and lost three in the meet, which is the fourth tournament in which he has competed this year.

Groff and Talbert plan to continue competing in USCF chess meets, and hopefully other Wahoo Chess Club members will soon join them.