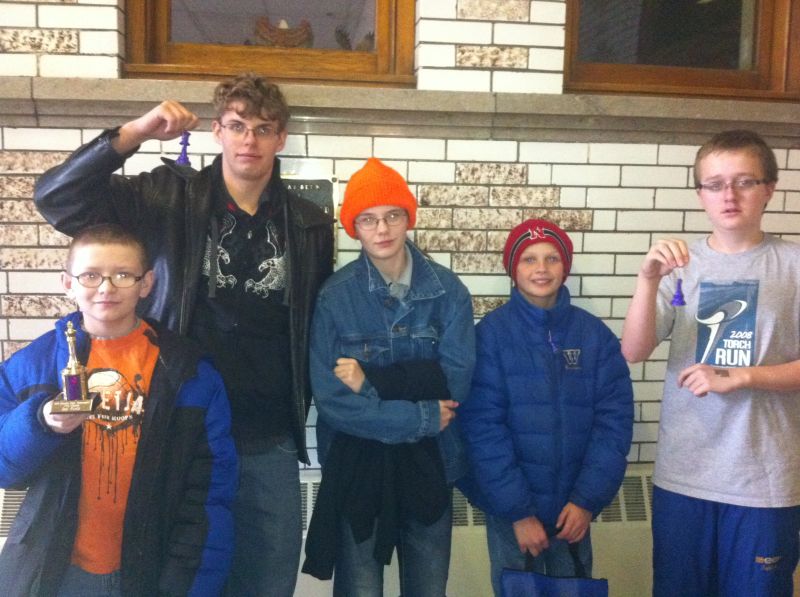 On October 29, 8th grader Cole Talbert, Wahoo’s lone competitor, took home the first place trophy by checkmating all of his opponents at the St. Bernard’s Tournament.

On November 19, middle school students Cole Talbert, Josh Nuckolls, and Joe Daniels competed at the Omaha Central Tournament, which is the largest school chess competition in the state of Nebraska.

For Daniels and Nuckolls, it was their first chess meet. Joe Daniels led the middle school contingent at the tournament by capturing the third place trophy.