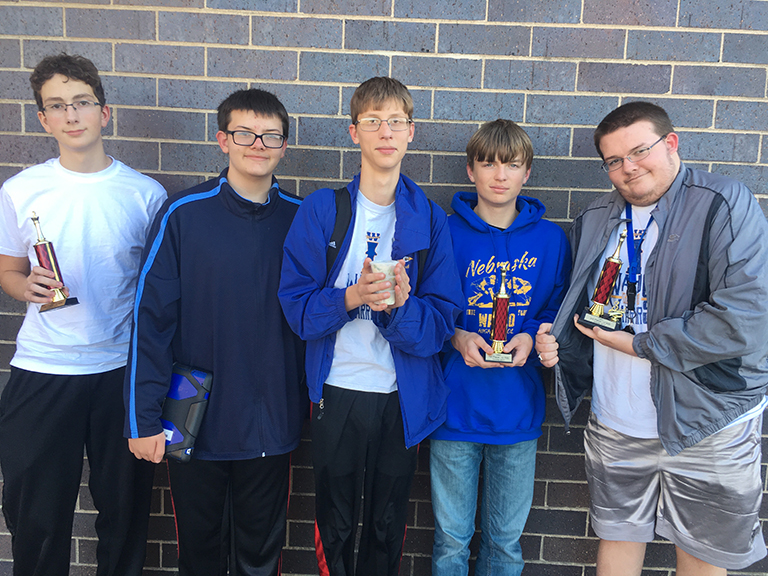 The Wahoo High School Chess Club opened their season on October 28 at the Rated Open at the University of Nebraska at Omaha.

Junior Mat Wolf took third place in the Under 800 rated division, while his classmate, Noah Polacek, scored two points (one point is given for a win, and one half point for a draw) in the under 1600 rated division. Polacek did not finish in the top three, but after upsetting a 1500 rated player, Polacek increased his USCF rating, and his Wahoo High School record, from 1205 to 1233. Freshman Andrew Wolf won one match in his first USCF tournament.

The Wahoo Chess Club will compete next at the Great Plains Open on November 18.

The Updated Wahoo School Chess Records are listed below.