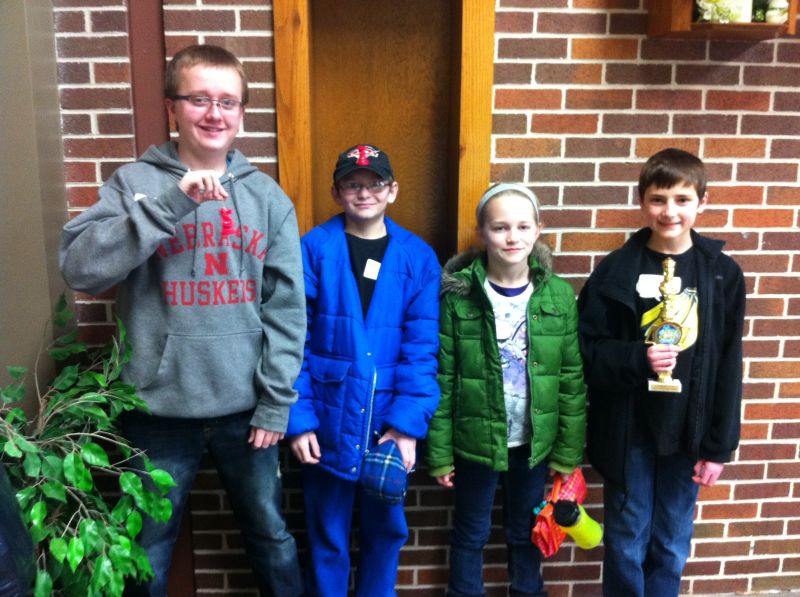 Fifth Grader Caleb Groff finished in first place for the second straight tournament by checkmating all of his opponents.

“Everyone had fun and won a lot of games,” commented Larry Fangman, Wahoo Chess Club sponsor.

The next tournament for the Wahoo Chess Club is a scholastic meet on February 4 at North American Martyrs in Lincoln.