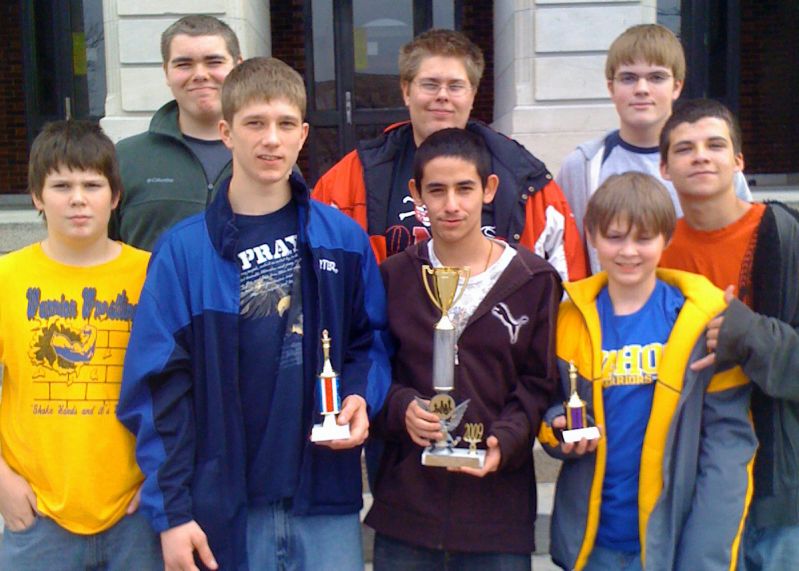 The Wahoo chess club is now in its second year of existence. The club competed for the first time this season at the Omaha Central Chess Tournament.

Brent Urban finished fourth in the freshmen division, while Ramiro Madrid and José Sotelo combined for four wins and a draw in their first time competing in a tournament. Scott O’Sullivan rounded out the high school team.

Even though the middle school competitors did not have enough players to place as a team, three individuals brought home individual trophies. Trevor Carstens captured first place in the 8th grade division. Trey Carstens finished in second place behind his brother. Zach Clark won the third place trophy in the 7th grade class.

Wahoo also had its first elementary competitor. Josef “The Prodigy” Anderson gave a great showing in a crowded field. He finished in fourth place out of sixteen competitors in the 4th grade class.