Click image to view a slideshow of other images. 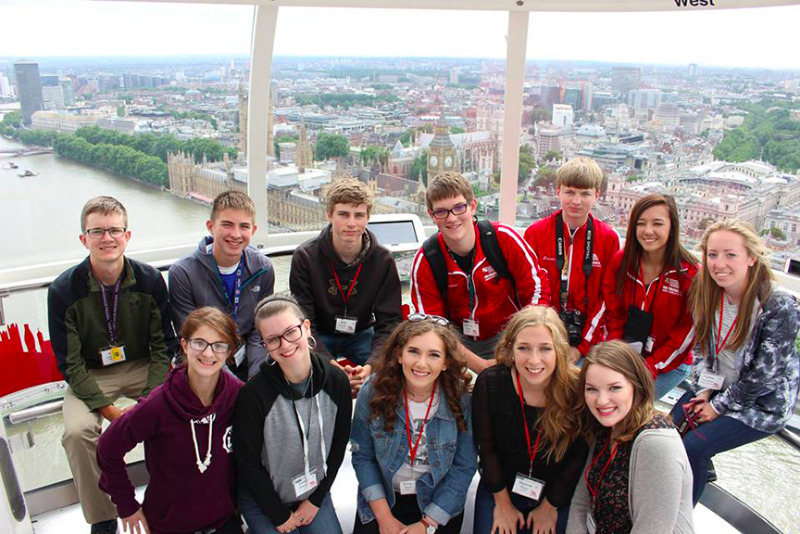 Click image to view a slideshow of other images.

Wahoo students pose on the London Eye, overlooking Big Ben and the Palace of Westminster, which houses the United Kingdom's two houses of Parliament. Twelve Wahoo students toured seven countries this past June on the 2017 Nebraska Ambassadors of Music (NAM) European Tour.

“Stuff your eyes with wonder, live as if you’d drop dead in ten seconds. See the world. It’s more fantastic than any dream made or paid for in factories." --Ray Bradbury

This past June, 12 Wahoo students crossed many new thresholds as they journeyed across Europe. The tour consisted of 250 students and adults from across Nebraska, who adventured out to seven different countries for a whirlwind musical tour.

The trip began in Fremont, where students participated in an intense three-day camp. At Fremont High School students rehearsed what would become their European tour performance. The students worked long days and put together an amazing show!

If you or your families are interested in future Nebraska Ambassadors of Music trips, please contact Smith at jsmith@wahoowarriors.org.