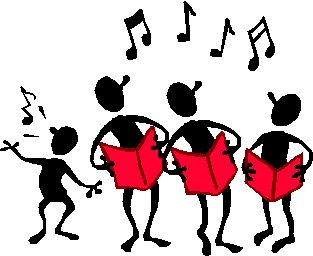 THANKS TO EVERYONE WHO AUDITIONED! IF YOU DID NOT MAKE IT THIS YEAR, PLEASE TRY AGAIN NEXT YEAR!! DON’T GIVE UP!! HAVE A GREAT SUMMER!!

A NOTE TO SHOW CHOIR MEMBERS:

The decision among the girls was especially VERY difficult this year. We have some very young and talented newbie’s. I did not want to cut anyone from last years group, so everyone was invited back for another year. However, this year you will have to work for your position much like a basketball or football team. If you miss a rehearsal, display a poor attitude, or are lacking in facial expression or energy during rehearsals, you will act as an alternate for the next upcoming performance.

Therefore, we do not have designated alternates, as ANYONE can be an alternate depending upon their performance during rehearsals. This also is the same case for the guys. I would like to have 30 people onstage at all times during our show. That means we must have our 30 best performers onstage just like a coach puts their best players on the floor or field. This may change frequently according to how individuals do during rehearsals. Please remember that you need to maintain a good attitude, and never forget that we are a TEAM! A team player does what is best for the TEAM….NOT what is best for himself or herself. I expect everyone to have a good attitude at all times, even if they are the ones that may have to “sit on the bench.” True character shows during the times when we don’t always get our way. It is easy to be a positive person when we get what we want…..can you be that same positive person when things do not go your way? Can you accept constructive criticism? This is the time when your true character shows. That may be a question that many of you will be faced with next year, so please be prepared for that.

I am very excited about next year. We will definitely do another music camp and you will receive information during the summer concerning repertoire for next year and camp. I am looking at doing camp possibly on August 5th, 6th and 7th which are the first Wednesday, Thursday and Friday during the first week in August. I would also like to have a meeting with the returning senior members soon after school is out. I will contact everyone and confirm the music camp date as soon as possible.

Until then, thanks again to EVERYONE! I am so proud of all of you, and look forward to another great year of ROCKIN’ SHOW CHOIR!!