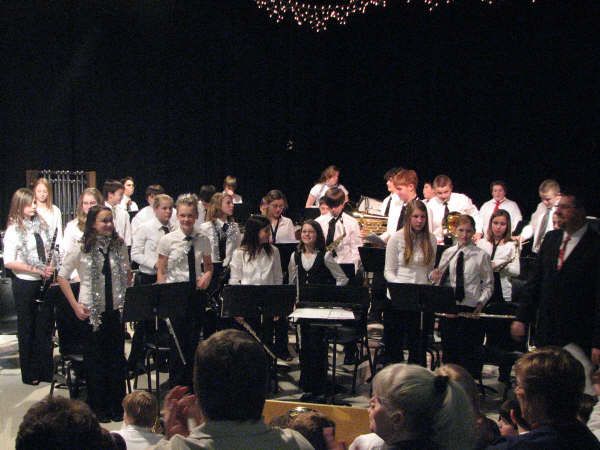 On Tuesday, December 16, the Wahoo Middle School Music Department performed its annual Holiday Concert before an audience that filled the Little Theatre to standing room only.

It was great to see so many people include our concert as part of their Holiday experience. The students worked hard to make sure they could perform to the best of their abilities. With the large crowd and the excitement of the students, the evening was very magical! 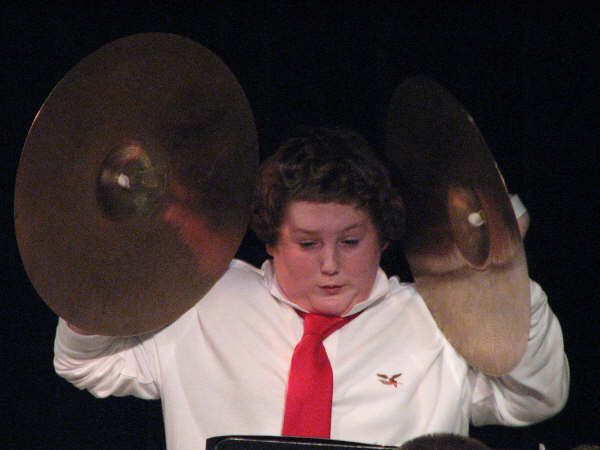 Each performing group brought their own unique touch to concert. The 6th grade band started the evening as they performed three numbers from traditional Holiday music to popular songs with more modern beats.

“Throughout the fall semester the 6th Grade Band has been impressive with their playing abilities and overall musical knowledge. They are always working hard to be their best and they are having fun doing it,” commented WMS Band Director Eric Snyder.

The 6th Grade Choir showcased their talents by performing some fun traditional Christmas tunes complete with choreography. Some of those tunes featured were “Christmas Is,” “Winter Wonderland,” “Jingle Bell Rock,” and the very memorable “Chipmunk Song” performed by the 6th grade boys. This gave the boys an opportunity to showcase their best Chipmunk voice! The 7th and 8th Grade Choir performed the medley “A Celebrity Christmas” which featured music by some “special guests” such as Suzy Snowflake and the Suzettes, Frosty the Snowman and Rudolph. Student soloists playing the role of these Christmas Celebrities were Michaela Miller, Gabrielle Siebenaler, Tye Kander, and Nathan Redding. The audience displayed their amusement by reacting with giggles and a roar of applause after each performance.

The middle school show choir proved to be very entertaining with the theme of their show being “Holiday Movies.” They performed the selections “Where Are You Christmas” from “The Grinch” and “Hot Chocolate” from the movie “Polar Express.” The crowd watched in amazement as members of the show choir pulled out a show-stopping tap dance. Finishing the vocal portion of the concert was the combined 6th, 7th and 8th grade choir who performed the Kirby Shaw arrangement of “Jamaican Noel” in three-part harmony.  It was made complete with a Jamaican beat played by Mr. Snyder. Also adding to the great performances of all the vocal groups was Mrs. Rhonda Obert and Joseph Nabity on the piano accompaniment, and Patrick Hancock on the drums. 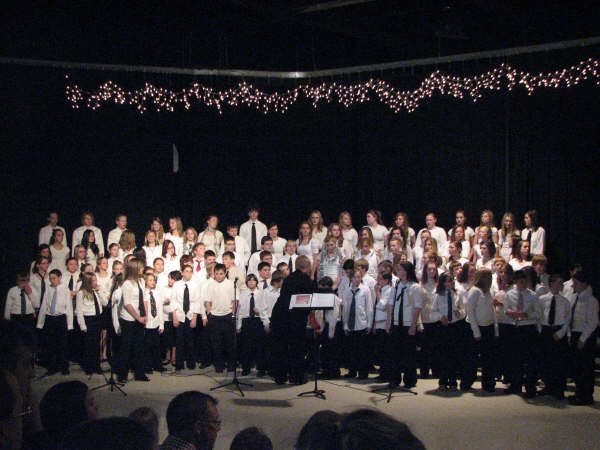 Launch the media gallery 3 player
The Middle School Band, which is made up of the 7th and 8th graders, played very well. Our goals were to play with great tone and balance. I think we made great strides in that direction. The highlight came when WMS Principal Jason Libal delivered a package from the North Pole. It turned out that three of the middle school drummers had asked Santa for trashcans so they could try their hand at a version of “Christmas Stomp!”

The instrumental portion of the program concluded with the MS Jazz Band performing two numbers, the first being a jazz waltz called “No ‘L’ in Swing” and a rockin’ rendition of “Deckin’ the Halls.”

The concert was then concluded with a combined band and choir piece of traditional Christmas Songs. As the Christmas lights twinkled in the theatre, the medley was concluded with the audience singing “Silent Night” along with the choirs as the band played along. There was a definite festive holiday mood in the Little Theatre on that evening, and the students did a phenomenal job of celebrating the holidays with their talent and enthusiasm.

The Middle School Music Department will now move on to preparing solos, small groups and large ensembles for spring music contests. Their final home concert will be the Pops Concert on May 12.