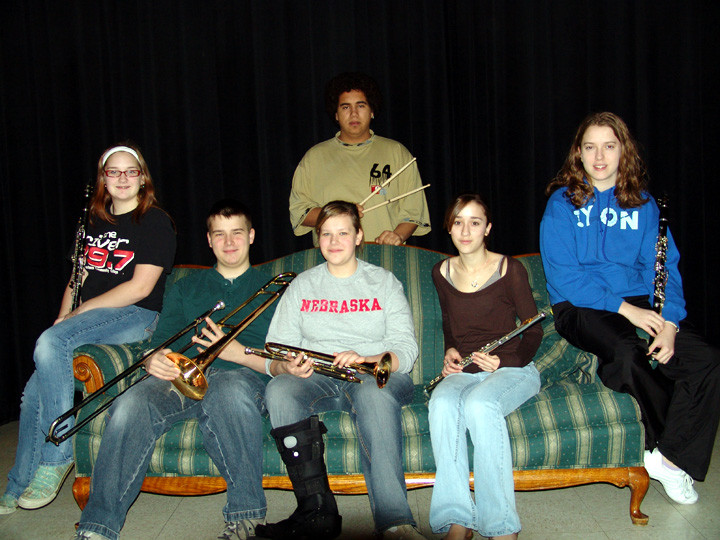 Six Wahoo High School students found out this past week that they have been accepted into the 2008 Nebraska Class B All-State Honor Band to be held on March 14 and 15 at the Johnny Carson Theater in Norfolk, Nebraska. Try-outs were recorded and then sent to judges who picked the top students from all across the state of Nebraska.

Four out of the six WHS students selected to Honor Band were selected to sit first chair.

“These kids worked on the try out music and it paid off for them,” said WHS Band Director Eric Snyder. “Last year we only had two that made it and my goal was to get more in this year and we did! I am very proud of these guys and it will be an honor to be recognized with them at the concert.”

The concert is on Saturday, March 15 at the Johnny Carson Theater in Norfolk.