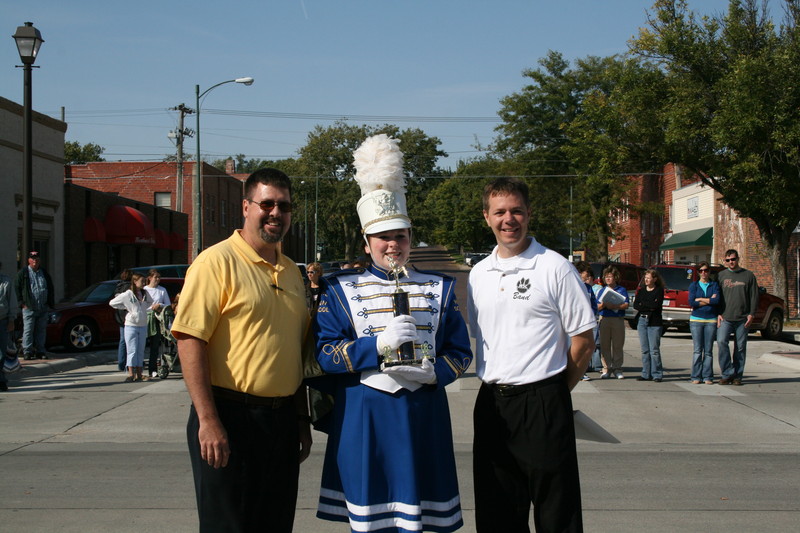 When the WHS Marching Band sets their mind to something they really go for it, and that’s exactly what they did on Saturday, October 4.

The high school band traveled to Wayne, Neb., to compete in the Wayne State College Band Day Parade where they marched to the beat of their own drummer, taking the Class B first-place trophy.

The competition was fierce, especially powerhouse Wayne High School with over 100 members; but, Wahoo, with its band of 35, persevered to win the title. Eric Snyder, WHS band director, is very proud of these kids and the leaders they have turned out to be. Senior Janelle Jansa is this year's drum major.

“She has done an outstanding job at leading,” Snyder said.

After the win, Jansa felt great, especially since it’s her senior year.

“I was very nervous when I saw the other team,” admitted Jansa. “but I was very confident with our band.”

Confidence was not only apparent in Jansa, but also all the others in the band. 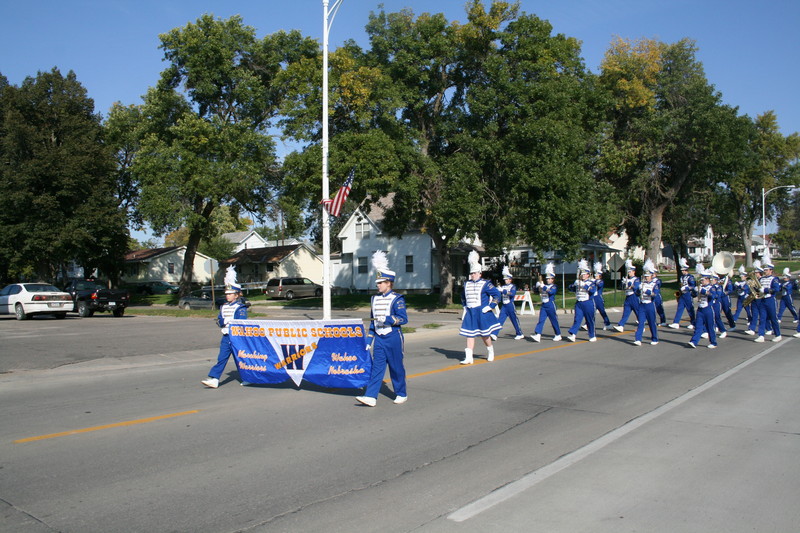 Marching in a band may sound easy, but judges look for a lot during competition, like basic fundamentals. They look for balance, blend, tone, and style. Judges are not only judging how well a band can play music, but also the formation, the marching, the uniforms, and body position.

“The kids have worked really hard this year,” said Snyder. “They started practicing this summer and went to a music camp at CoCo Key Water Resort in Omaha.”

The band won the hearts of the judges with songs like the energetic “Aztec Fire” by Jay Bocook.

This is the second competition the band has competed in. The first was in Norfolk where they placed third. That third-place finish made them hungry for more. They battled back, played louder, and marched stronger to make up for it by beating the stronger team and winning first in Wayne.