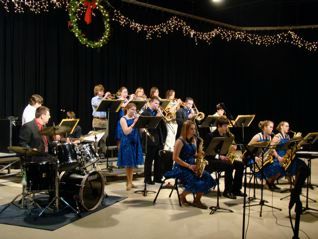 It was Christmas in January as the Wahoo High School performing arts celebrated “A Musical Holiday Celebration.”

The postponement of the program, due to a winter storm, caused over 70 performers, and more than 200 friends and parents, to gather at the Wahoo High School Little Theatre on Thursday January 8. The crowd was entertained with numerous Christmas carols and other holiday songs.

The high school Jazz Band, under the direction of Eric Snyder, started off the night and soon the crowd was in a festive mood. After an opening number of “Deck the Halls with Bones and Saxes,” the audience was soon “Dashing through the Snow” and singing “Santa Claus is Comin’ to Town.” After a jazzy “We Three Kings,” the band took a break while the choirs took the stage. 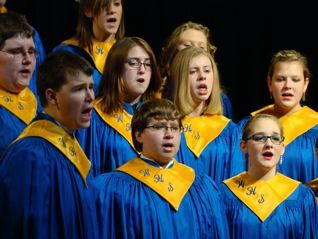 Mrs. Julie Baker-Anderson directed the Mixed Chorus, Concert Choir, and a small vocal ensemble to entertain young and old in fun and lively songs. The school’s Show Choir also put everyone in the festive mood with “Baby it’s Cold Outside” and a “Christmas Medley.”

After a short intermission, the Concert Band performed “Joyful and Triumphant,” “Lo, How A Rose E’er Blooming” and a “Celtic Carol.” The combined band and choirs then gave the crowd something to sing along with during “A Christmas Serenade.” Thinking the evening was over, the choir wowed everyone with the “Hallelujah Chorus.” 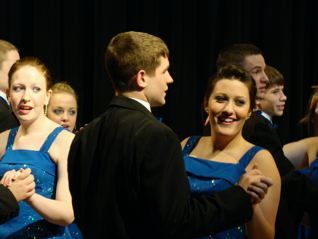 Now the performing arts students will need to change gears as they prepare for numerous music contests and their upcoming Spring Concert.