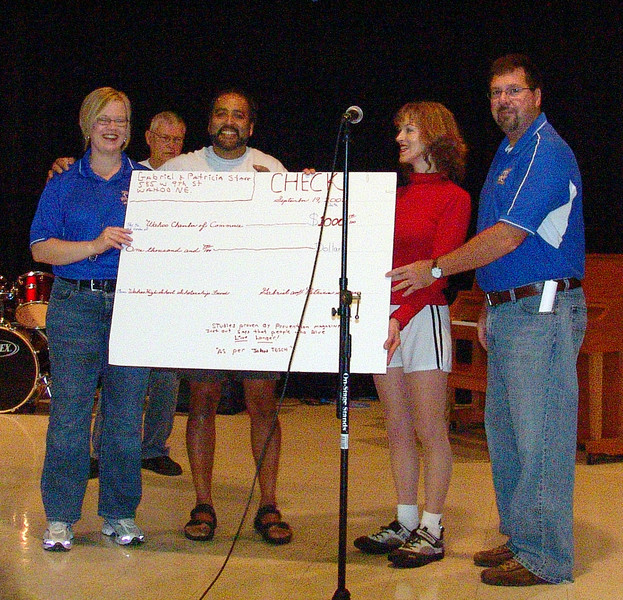 Launch the media gallery 1 player
71-year-old WHS alumnus Patricia Eliason-Starr and her husband present a $1,000 check to WHS Performing Arts Instructors Julie Baker-Anderson and Eric Snyder. This check establishes the new Patricia Eliason-Starr Music Scholarship, which will be awarded for the first time this spring.

Patricia Eliason-Starr give an impressive piano performance during her send-off assembly. 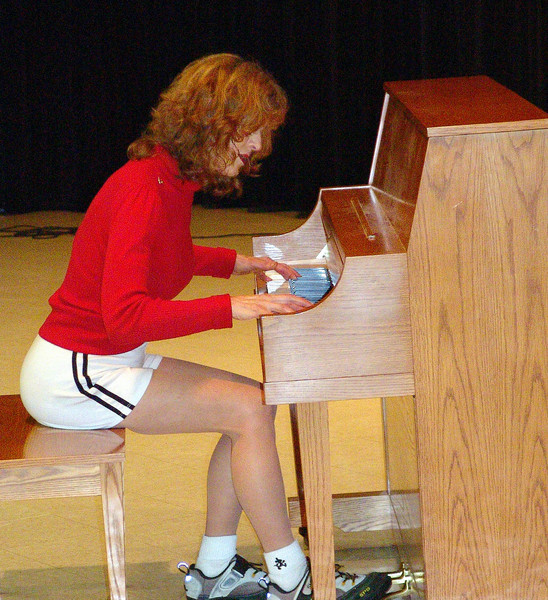 Launch the media gallery 2 player
Patricia Eliason-Starr give an impressive piano performance during her send-off assembly.

Starr has decided to travel to Atlantic City in a different way: she is taking the

1400-mile journey on her bicycle. She is doing this to raise awareness of the importance of music not only at WHS, but also all schools across the nation.

Starr is not only raising awareness of the importance of music, but she is also raising money to fund the newly established Patricia Eliason-Starr Music Scholarship, which will be awarded to Wahoo High School students who will be continuing to participate in music while in college. 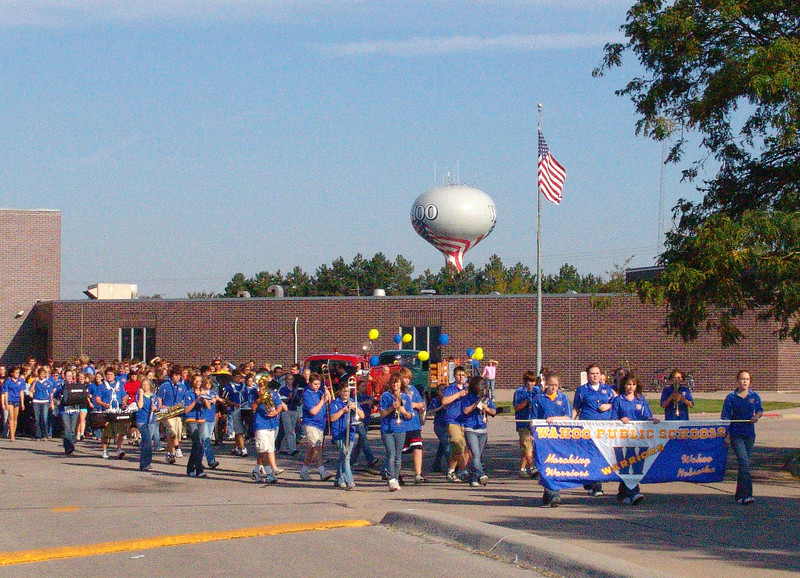 Starr was given well wishes with performances by the WHS Show Choir and Marching Band, and by many other middle school and high school students.

Nebraska Governor Dave Heineman’s mother represented her son as his Proclamation of “Patricia Starr Day” was read. Starr then entertained the audience with a performance of a “Boogie-Woogie” medley on the piano. Finally, Starr and her husband donated the first $1000 check for the 2009 scholarships to awarded.

At the end of the ceremony, the band lead everyone out of the Little Theater and onto the street to escort Starr and her traveling companion up Locust to 15th street. Good-byes were said and she started her long and noble journey.

To see more on this story, go click on the following links:

If you would like to help our WHS music students, donations can be made at the high school or at the Wahoo Chamber of Commerce.