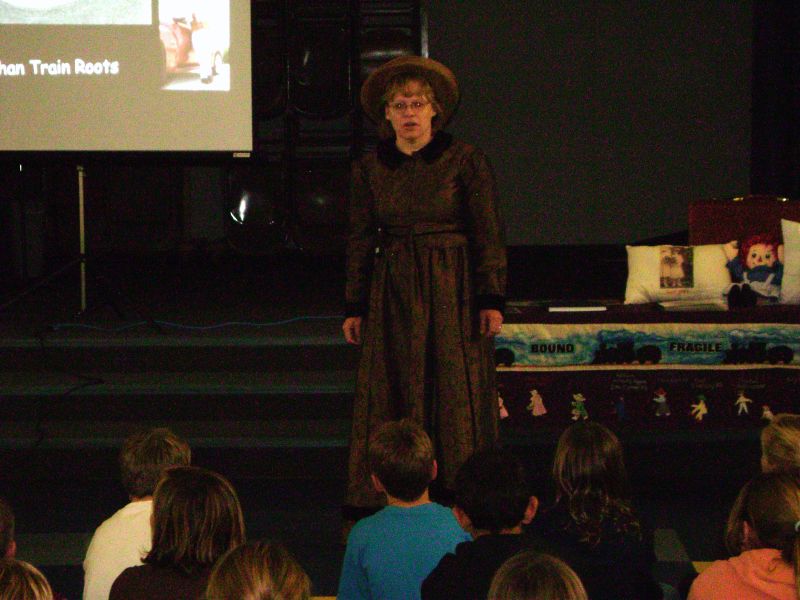 Fourth and fifth grade students recently had the chance to learn about the Orphan Train in a school assembly.

The Orphan Train was a social experiment that transported children from crowded coastal cities of the United States to the country's Midwest for adoption. The orphan trains ran between 1854 and 1929, relocating an estimated 200,000 orphaned, abandoned, or homeless children. At the time the orphan train movement began, it was estimated that 30,000 vagrant children were living on the streets of New York City (www.wikipedia.com).

Charlotte Endorf, a presenter from the Nebraska Humanities Council (NHC), provided a unique learning opportunity for our students to learn more about the children from New York who were shipped to the Great Plains.

Many of these children were orphans or from immigrant families, who found themselves in dire situations, unable to care for all their children.

Charlotte stands with Lila, who rode the original Orphan Train. 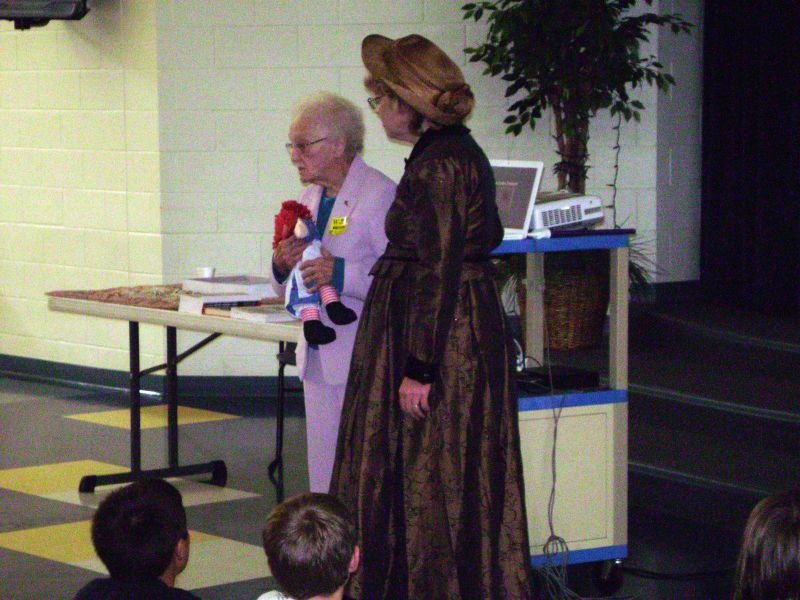 Launch the media gallery 2 player
Charlotte stands with Lila, who rode the original Orphan Train.
Charlotte, who appeared in clothing from that time period, brought personal stories of several of the children. Some of our children role-played as if they were being looked at for placement when the train stopped in a city.

We learned that the Orphan Train did stop in Wahoo. One of the original train riders, Lila, came along for the presentation. She described how her “adopted” mother threw away the doll she brought with her, and told us to love our families.

The students learned a lot and we thank the school and the Nebraska Humanities Council for sponsoring this event for us.