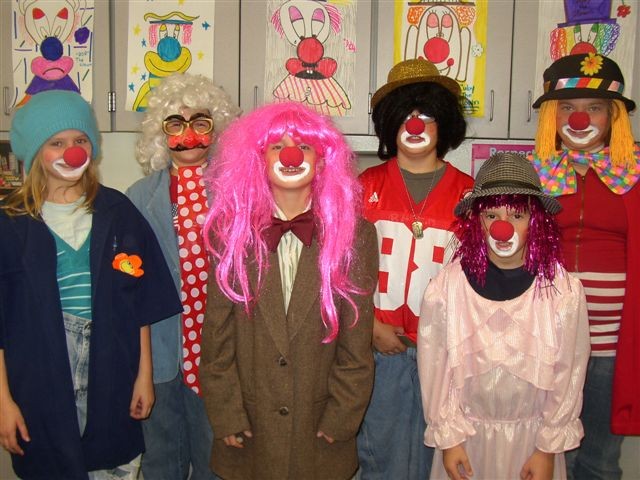 “What kinds of clowns are there?” “How long does it take to put the paint on?” “What does a clown do?”

These are some of the questions that fifth graders in Mrs. Nancy Teetor’s class asked during their study of clowns. 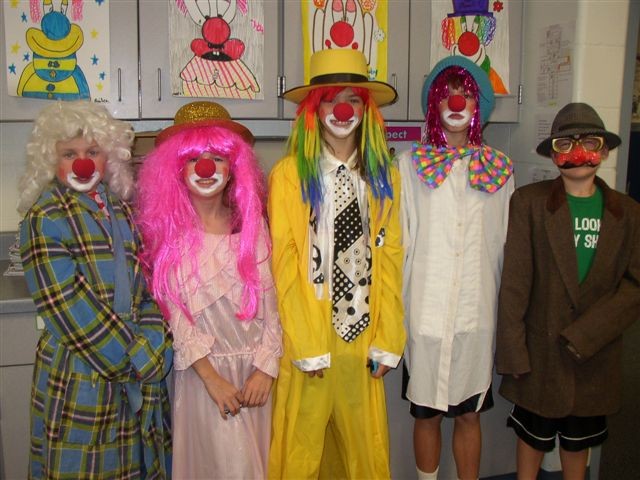 “The children enjoyed having Mrs. Leninger in class and were very pleased with their clown pictures and posters,” said Teetor. 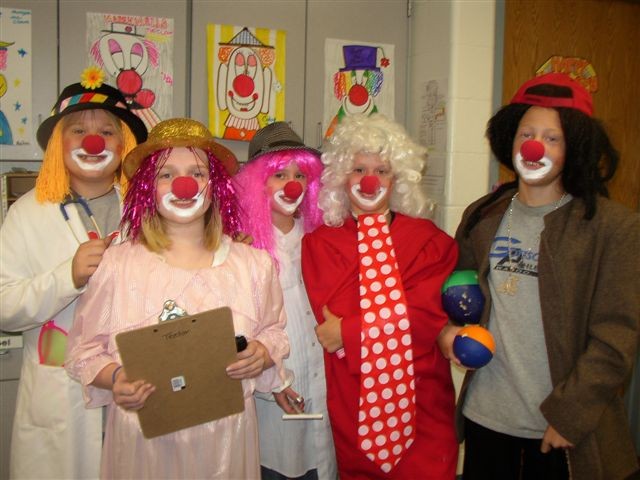 Students showed off their newly acquired clowning skills and costumes when they wrote and performed skits for the first graders. Of course there was a lot of planned tripping, falling and a few other clumsy clowning around moves, which thoroughly entertained the younger students during the October 9 performance.

“The fifth graders were excited to perform and the first graders really seemed to enjoy it,” Teetor added.