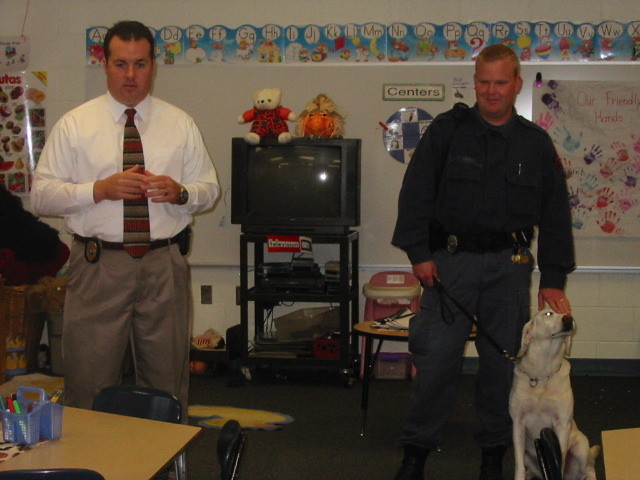 The Community Helpers Days were started by Britton about nine years ago, and has continued year to year, she said, "because the children are excited about learning and get more out of the lesson being taught." 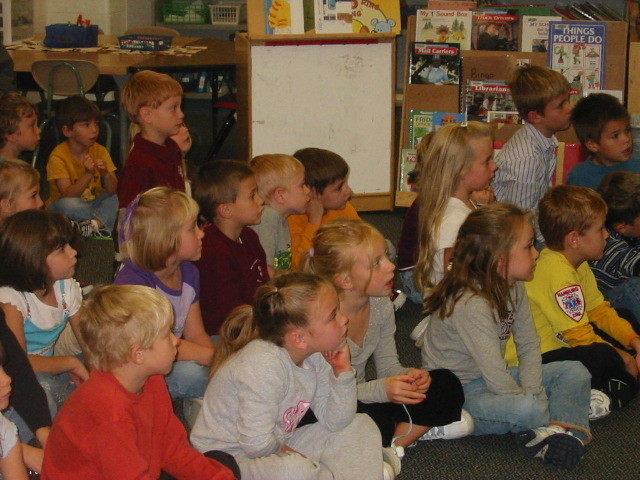 This time Britton invited the investigator and K-9 officer because she wanted to expose students to a different kind of law enforcement. She wanted students to realize that there are more jobs in law enforcement than the uniformed police officers with whom they are so familiar.

The kids loved having Mr. Britton and Bates speak to the class, but they especially enjoyed seeing Justice in action. 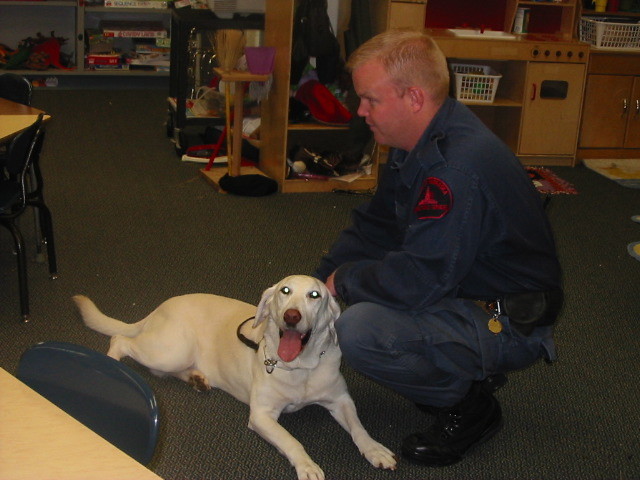 After talking about the importance of having investigators and K-9 officers in prisons and correctional facilities, Mr. Britton hid a drug-scented cloth in his pocket. To the delight of the students, they proceeded to demonstrate how Bates and Justice search for drugs.

One kindergartner explained the job Justice does as being important because "bad guys bring it [drugs] in and put in in a hiding spot."