Congratulations Ryan Volin: named to the 2016 All-State Cross Country Team by the Nebraska Coaches Association! Click HERE to view the entire All-State list for all classes.

From Coach Karla Curran:
What a beautiful day to race! With temperatures in the mid-60's, and bright blue skies, the stage was set for some outstanding performances, and my student-athletes did not disappoint!

Zoe started the day off with her second-best time of the season, running 22:13 for 52nd place. State was a great experience for her, and it will provide valuable insight into next season.

The boys' team had their best meet of the year, and it came at exactly the right time! Going into State, our goals were 1) beat Minden (who beat us at districts), and 2) finish in the top four teams at state. I told the boys, if we run well, I think we could be one of the top two teams in the state. They believed, and all of them ran with confidence and determination.

Ryan ran a terrific race, setting a PR with a time of 17:12, and finally getting that state medal that he so desperately wanted. I can't say enough about Grant and Jacobi's performances! Wow! Both set huge PR's, and their performances provided the boost we needed to catapult us into the runner-up position. Aaron tied his personal best with a time of 18:07, and I know he gave it his all to finish in the top 25. Caleb and Colin completed our varsity squad, and provided the push we needed during the race.

It was a thrill to see three Wahoo runners medal! This has never happened in the history of our program! Losing to Holdrege by one point for the title was tough, but I know in my heart that these boys gave it everything they had in that race, so I can't be disappointed. I am SO PROUD of them! It was a great day for our program, and a great day to be a Warrior! I can't wait for next season! 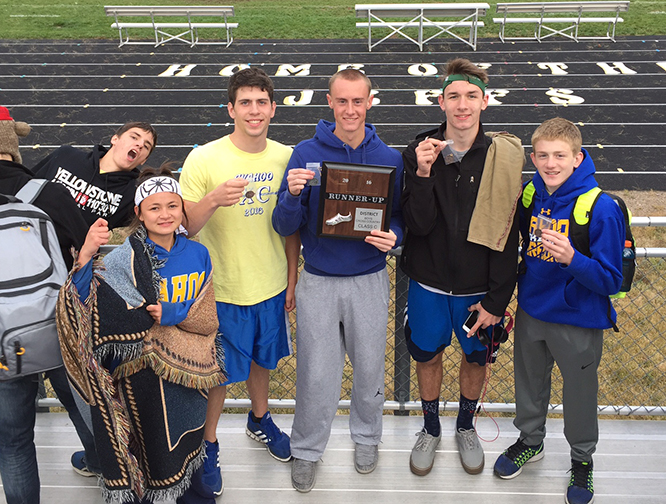 From Coach Karla Curran:
The weather proved to be ideal for the C-3 District meet last Thursday, October 13. The rolling hills did not seem to phase our runners too much, as many set PR's or Season Bests.

The girls' team ran well, but it just wasn't enough, in what proved to be one of the toughest districts in the state. We ended the season with a fourth place finish, and one individual qualifier, Zoe Christenson. Zoe completed the 5k course in 21:54 (13th), beating her PR by 24 seconds. Abi Klein finished in 16th place, just one spot away from  an individual qualifying berth. Kylee Edmonds was close behind in 17th place with a season best time of 22:21. Blakely Thrasher and Katie Pace completed our varsity squad, placing 23rd and 36th, respectively.

For the boys, we knew going in that Minden was the team to beat, and we talked about beating them all week leading up to the district competition. The boys gave it their all, but we finished as the C-3 District Runner-Up, with Minden beating us by 8 points. All four of our scorers finished in the top nine, earning All-District honors. Ryan Volin had a great race, placing 2nd overall with a time of 17:23. Freshman Grant Crockett was next in, running 18:02, earning a 6th place finish. Completing our scorers were Aaron Redding with his 8th place finish, and Jacobi Swanson in 9th. Caleb Groff was next in line, finishing in 23rd place with a season best time of 18:53. Colin Grandgenett concluded our varsity squad, running 18:56, for 25th place.

We look to be ready to race on Friday, and we hope many can go out to Kearney to support our student-athletes. LOVE THE RUN!!  GO WARRIORS!!

From Coach Karla Curran:
It was an awesome day for our program! Having the boys win the Conference Championship was exciting, as we haven't done so since 2003! All the gentlemen ran very well against some tough competition. It was wonderful and inspiring to see all of our scorers receive All-Conference honors as well. We look primed and ready to roll coming into districts this week!

The girls were disappointed that we didn't repeat as Conference Champions from a year ago, but Ft. Calhoun is an excellent team, and it is tough to beat a team when they go 1-2 in a small meet. I am very proud of the girls, as I know they gave it their all. Having 3 All-Conference runners says a great deal about how hard these girls have worked. Now we just need to rest up for districts on Thursday, and hope for the best. 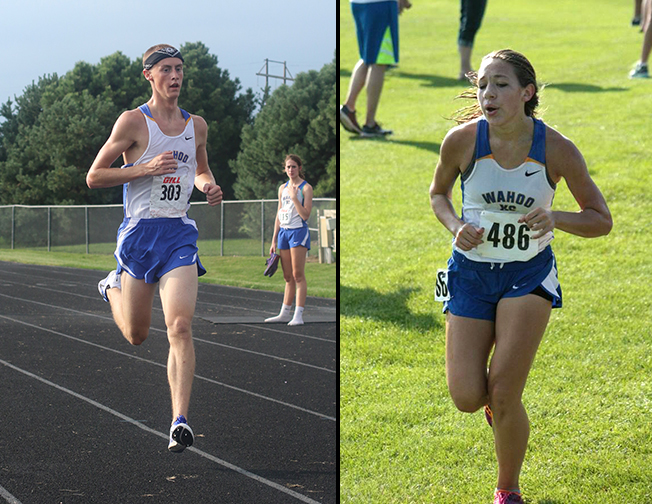 Warrior senior Ryan Volin and sophomore Abi Klein have been Wahoo's leading cross country runners for 2016, placing in every competition so far!

From Coach Karla Curran:
We had a great day! The boys finishing first for the second straight year was definitely a highlight. Also, scoring a near-perfect score of 12 was a thrill!  Having four boys finish in the top five is not something you see everyday! As for the girls, they ran well, too. We placed four girls in the top 13. Many ran PR'S and season bests, so that is always positive!  It was a great day to be a Warrior! 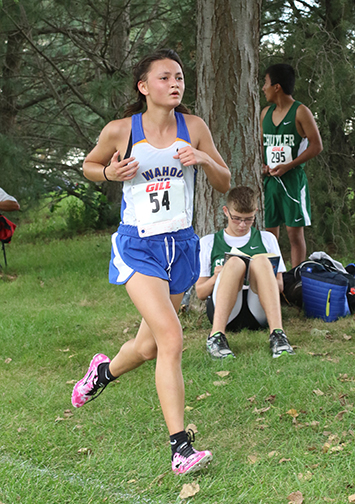 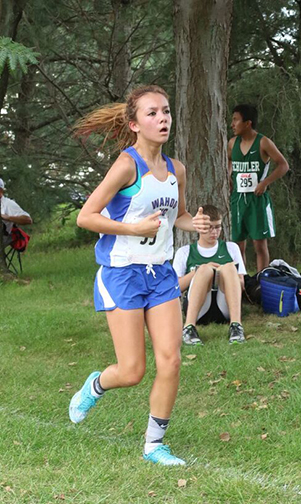 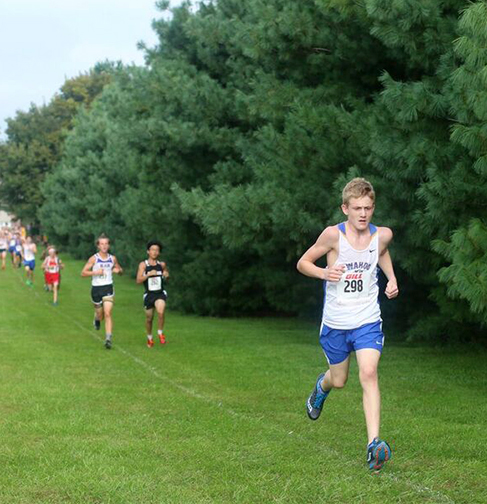 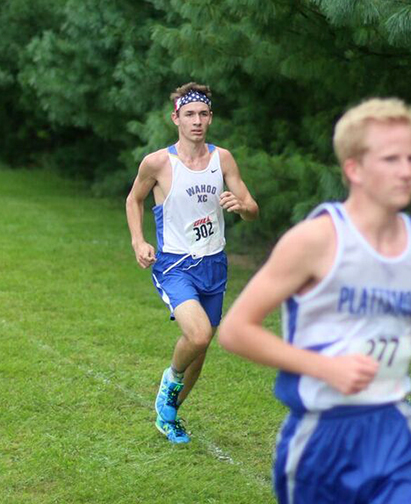 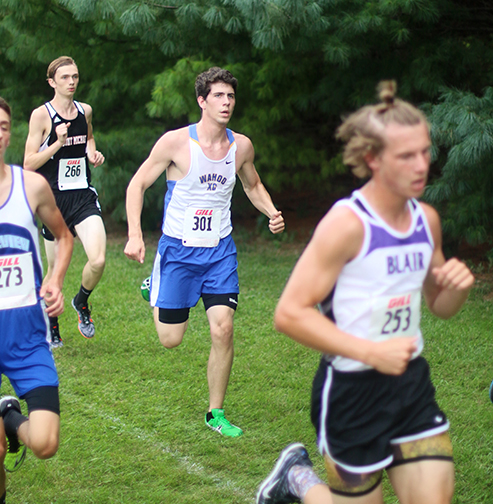 Four out of Five! Following Ryan Volin's 1st place finish at the Sept. 29 Lincoln Lutheran Invite were, from left, Warrior Harriers Grant Crockett (2nd place), Jacobi Swanson (4th place), and Aaron Redding (5th place). The Warrior Boys took the team championship at this even with a near-perfect score of 12 points!

From Coach Karla Curran:
A very hot and humid day to run! Overall things went fine. We were missing Grant Crockett on the boys' side, so that hurt us in the team standings. The boys competed well, though, in spite of Grant's absence. Aaron Redding ran exceptionally well, setting a personal best in some horrible conditions. Placing 3 gentlemen in the top 10 was exceptional!

As for the girls, we placed all of our scorers in the top 15, and still got fourth. That just shows you the level of competition at this meet! It was tough, but I'm extremely proud of the girls for stepping up to the challenge.

We're looking forward to heading down to Pioneers Park next Thursday, and pray for better conditions! 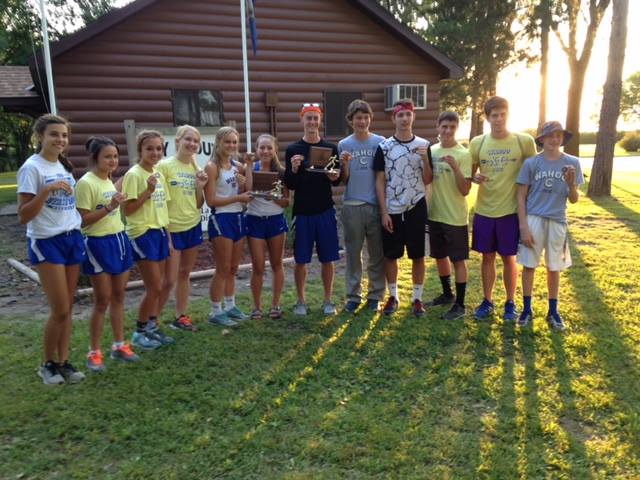 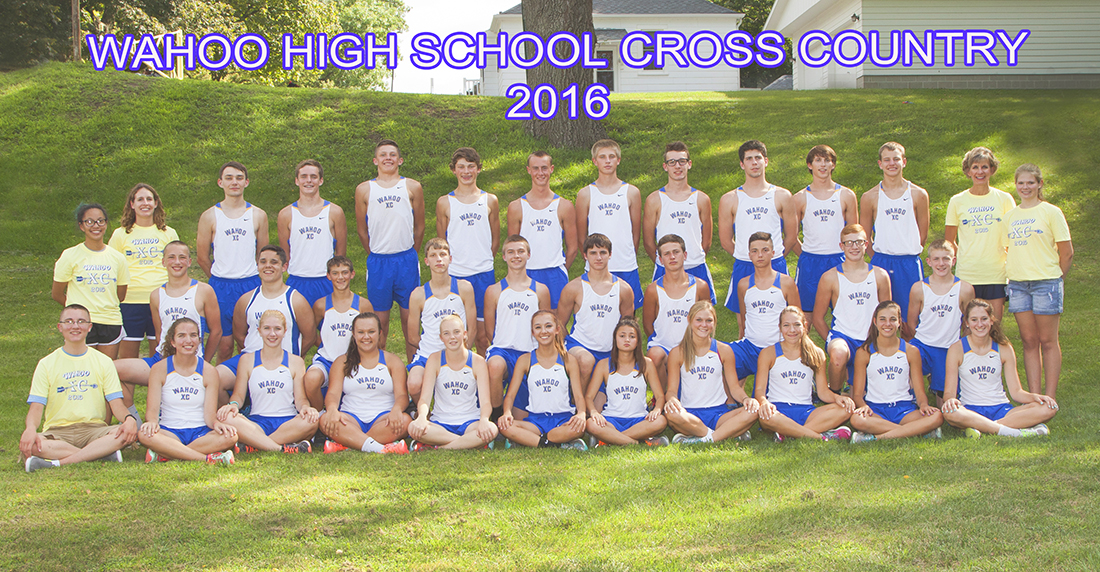 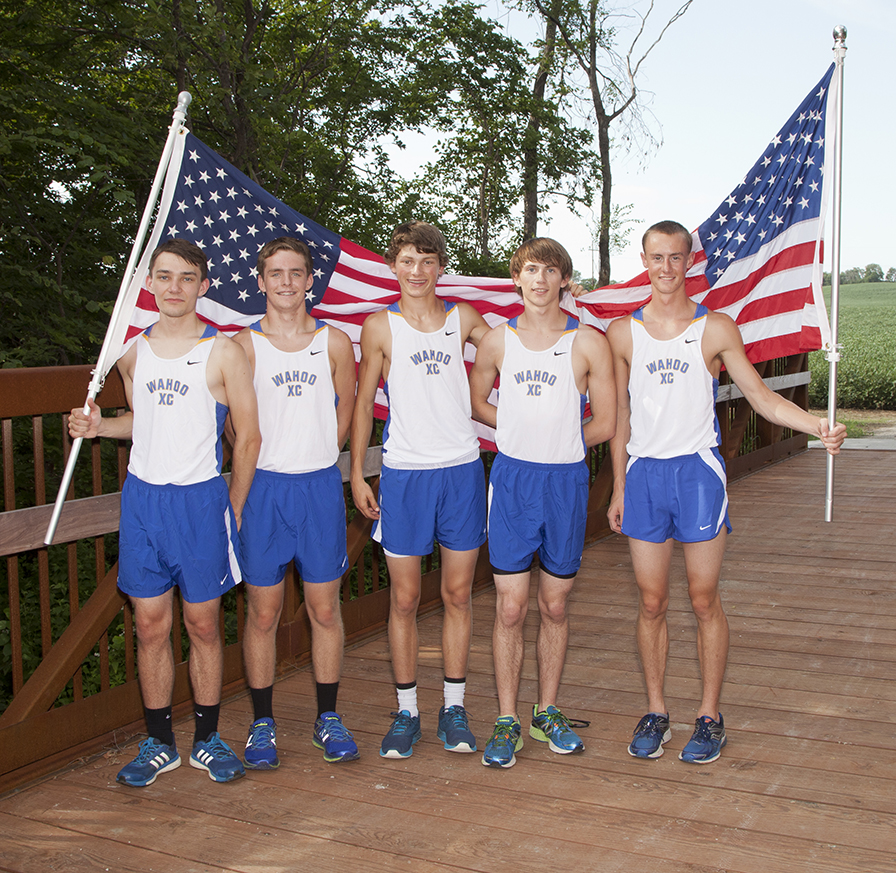